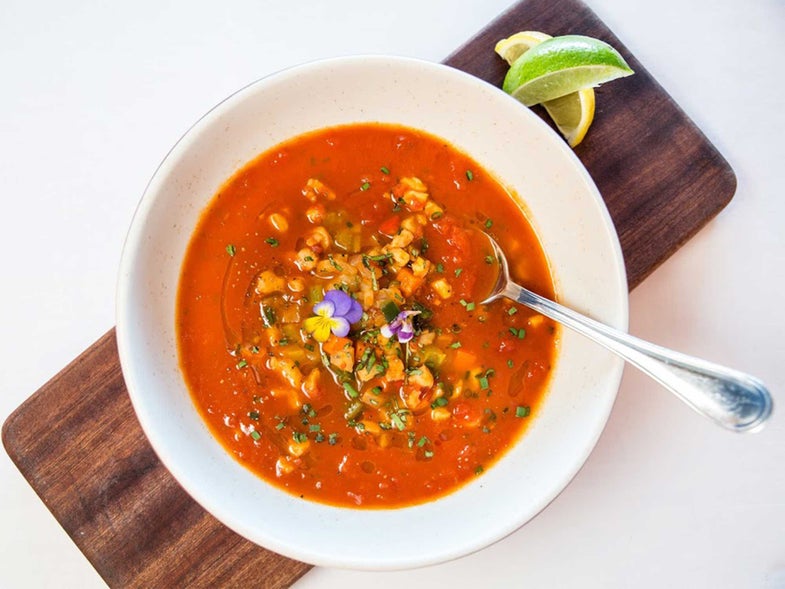 SHARE
You can’t get these dishes just anywhere SAVEUR

Look beyond the turquoise water, white sand, and lush green forests of the Caribbean and you’ll find a cuisine just as vibrant and enchanting as the landscape. Food here is an amalgamation of French, African, Chinese, Indian, English, Portuguese, and Spanish influences, and it’s full of variation from island to island. Some dishes are commonplace—everyone has their take on rice and beans—while other specialties are prized as national dishes, their recipes jealously guarded.

Once you leave the islands, though, your choices slim down. Here are some essential dishes to seek out while you’re there. 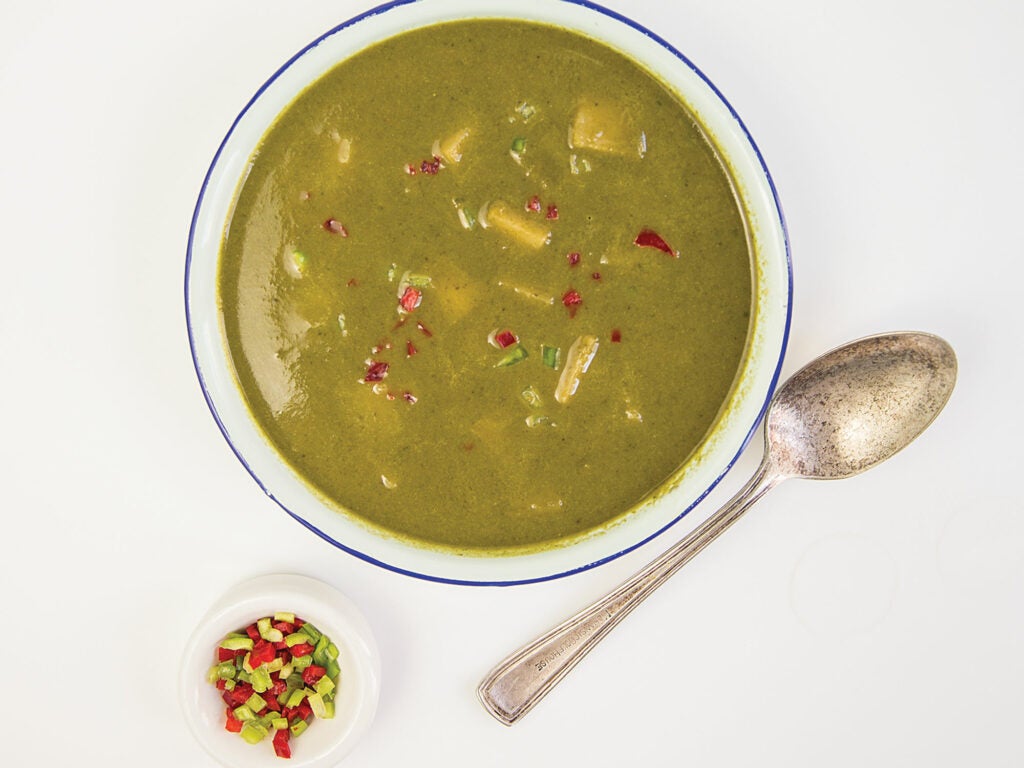 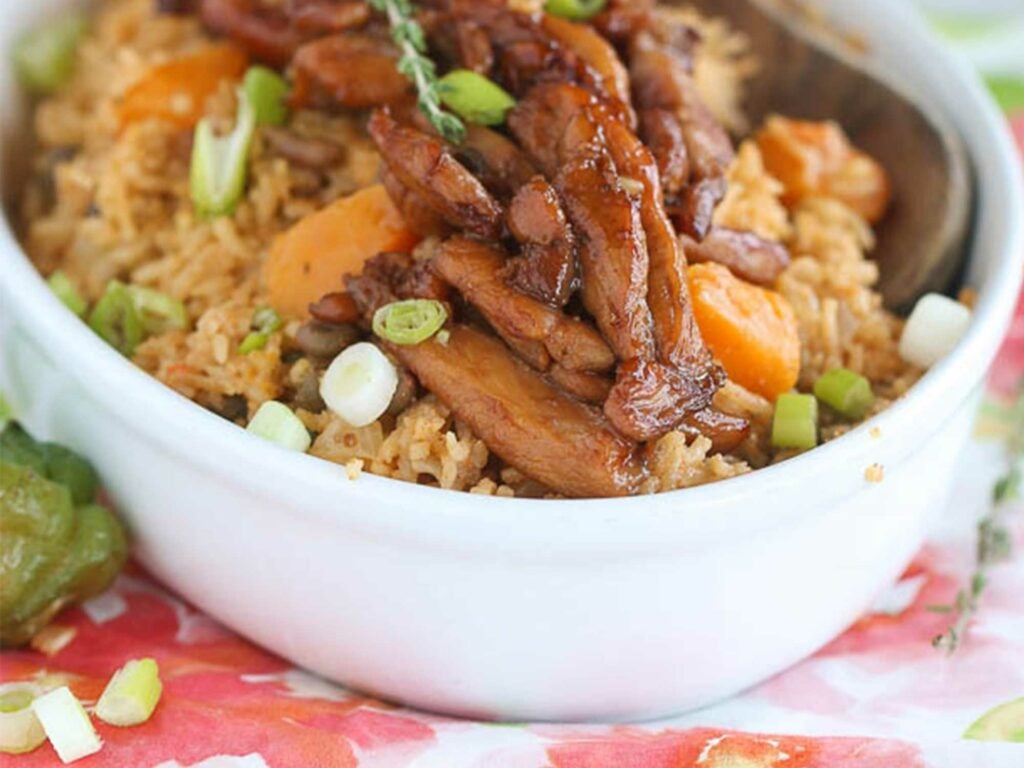 PelauA rice dish inspired by pilaf dishes of East India. It can be any combination of meat and vegetables, though the meat is always coated in sugar before it’s browned. 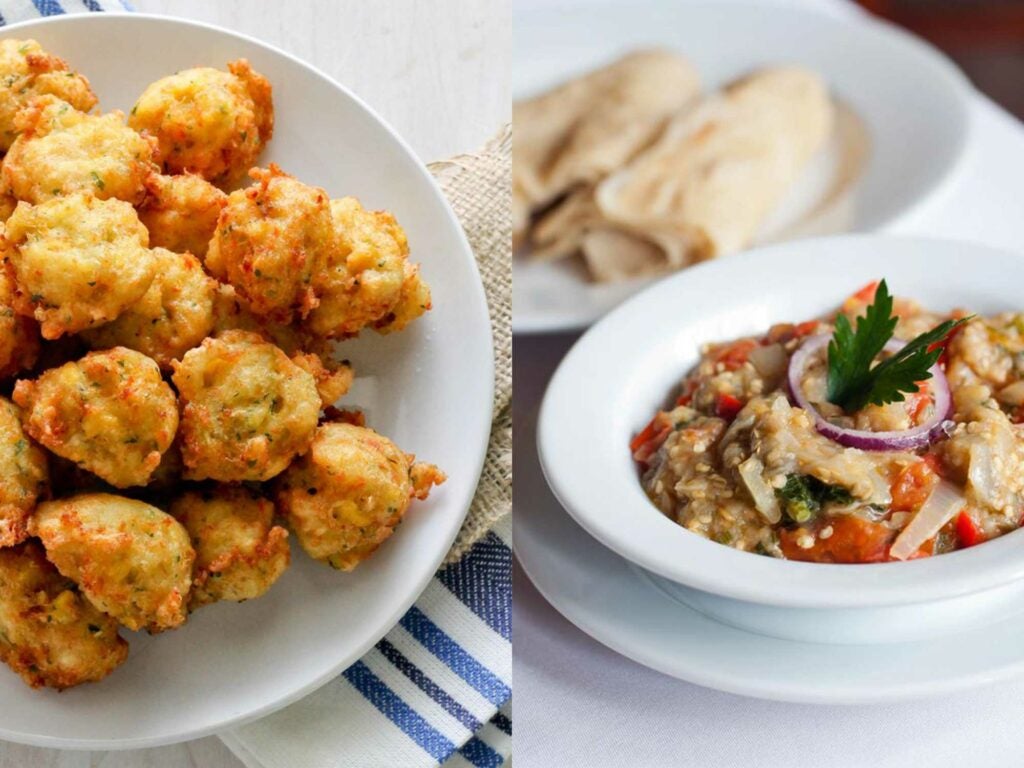 Ackee and saltfish fritters combine two beloved Caribbean ingredients into a single dish. Prepared and served separately, these two foods are the national food of Jamaica. Saltfish, a salted and dried white fish similar to salt cod, gets simmered until soft, then mixed with mild, creamy ackee, which is actually a fruit. You can eat it plain or ball it into fritters and fry it.

Eggplant (baigan) choka is a popular Indo-Caribbean dish that came to the region when indentured laborers from British India were brought over by the French, British, and Dutch. Here, eggplant is cooked with tomato and garlic and commonly served with roti. 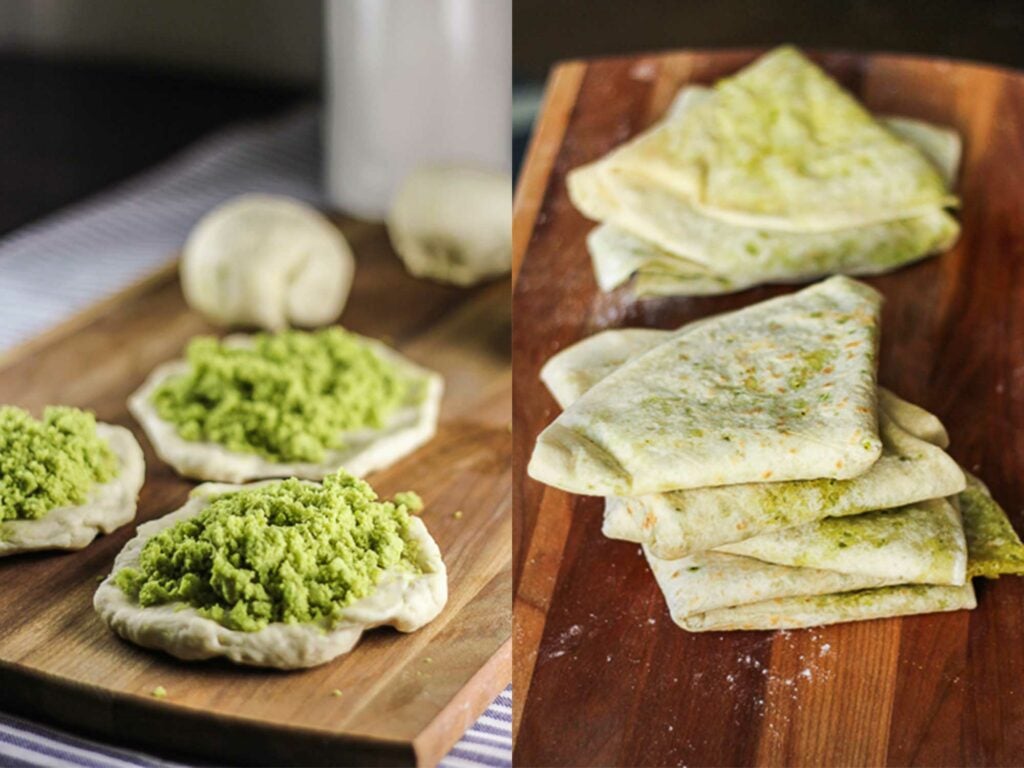 Trinidadian cuisine is full of Indian influence, and cooks there are practiced in four kinds of roti: paratha (locally called “buss up shut”), sada, dosti, and, the most labor-intensive: dhal puri roti, which features ground split peas folded into the dough for extra texture. 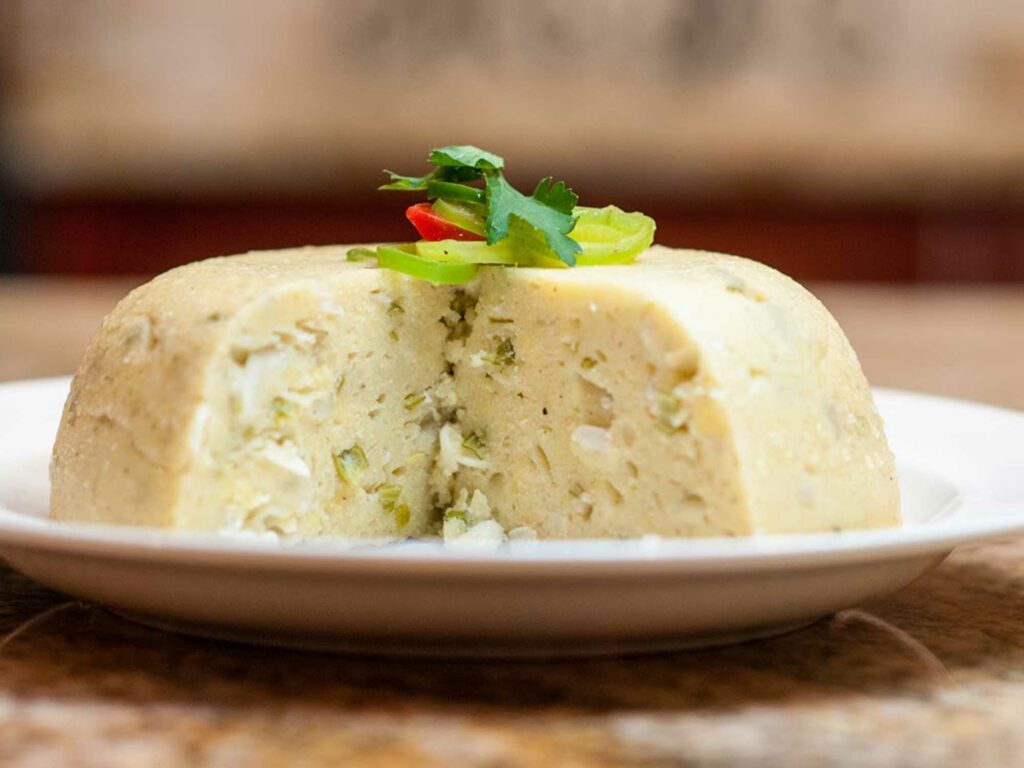 Cou-cou, or fungi (pronounced foon-jee), is a cornmeal-based dish of African origin that’s cooked with okra and considered the national dish of Antigua. 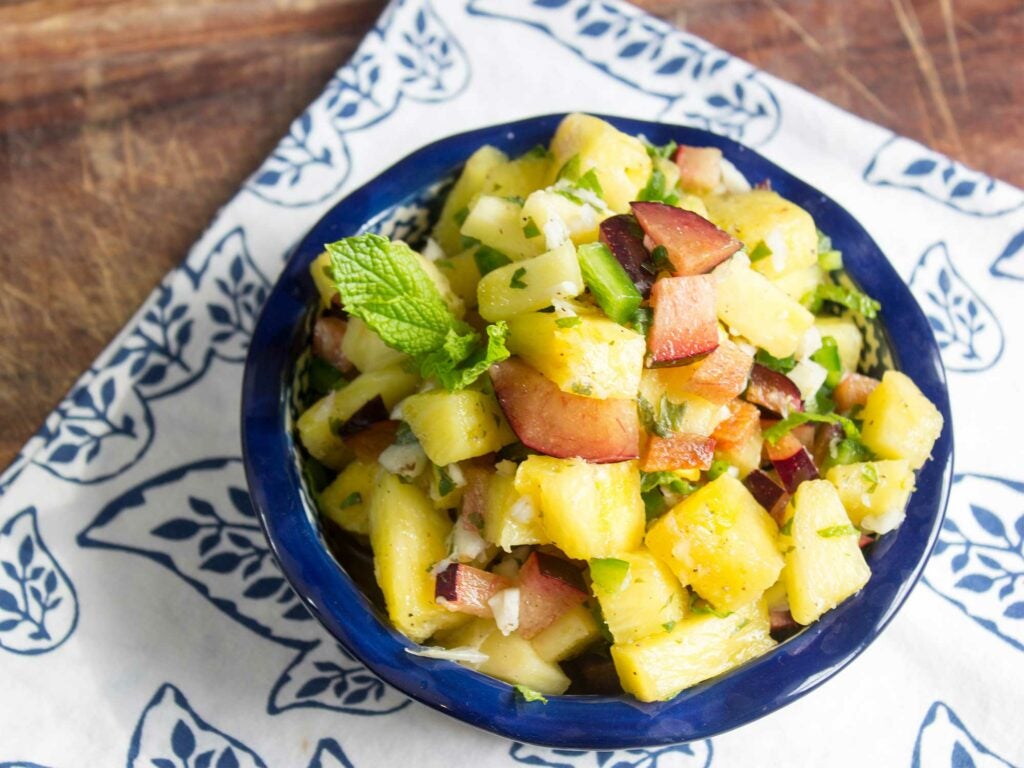 Pineapple chow (a.k.a. salsa) is another in a long list of versatile Caribbean condiments. It’s most commonly made and used in Trinidad and Tobago, where it is also commonly referred to as soaked pineapple. But it’s made in other parts of the Caribbean with mango and other fruits often substituted. 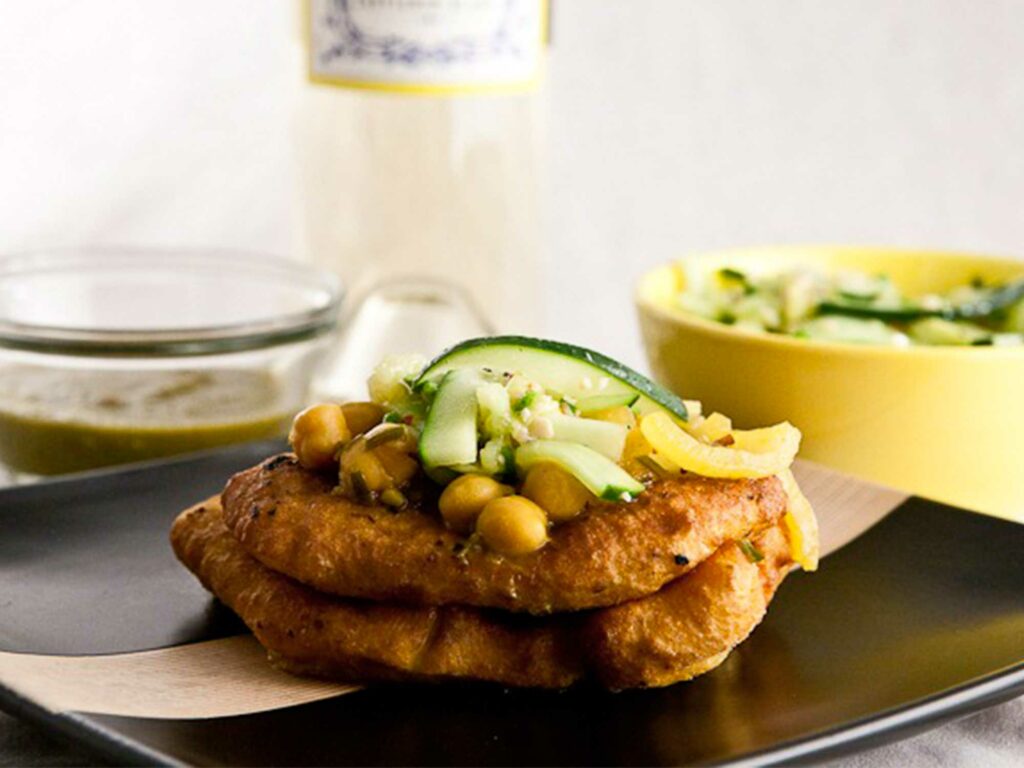 Doubles are one of the more popular street foods of Trinidad and Tobago. It’s two pieces of fried dough (bara) topped with curried chickpeas (channa) and a cucumber chutney, sort of like a chickpea masala sandwich. Variations abound, but the more traditional doubles are served with a cucumber chutney and spicy pepper sauce made from local chiles. 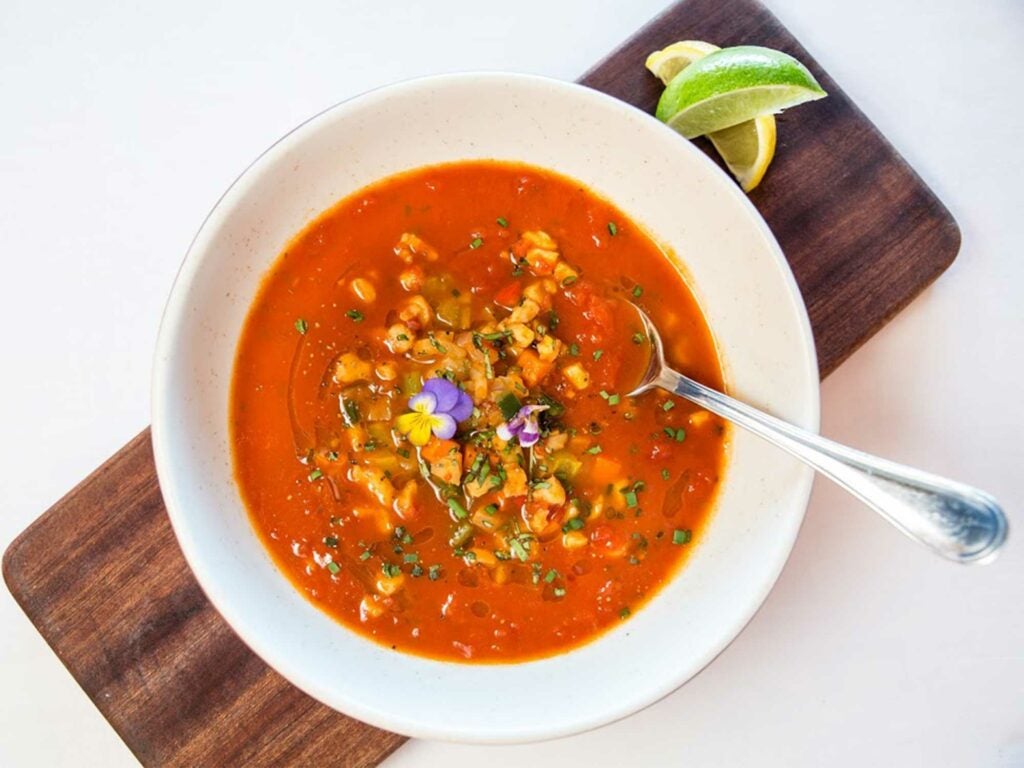 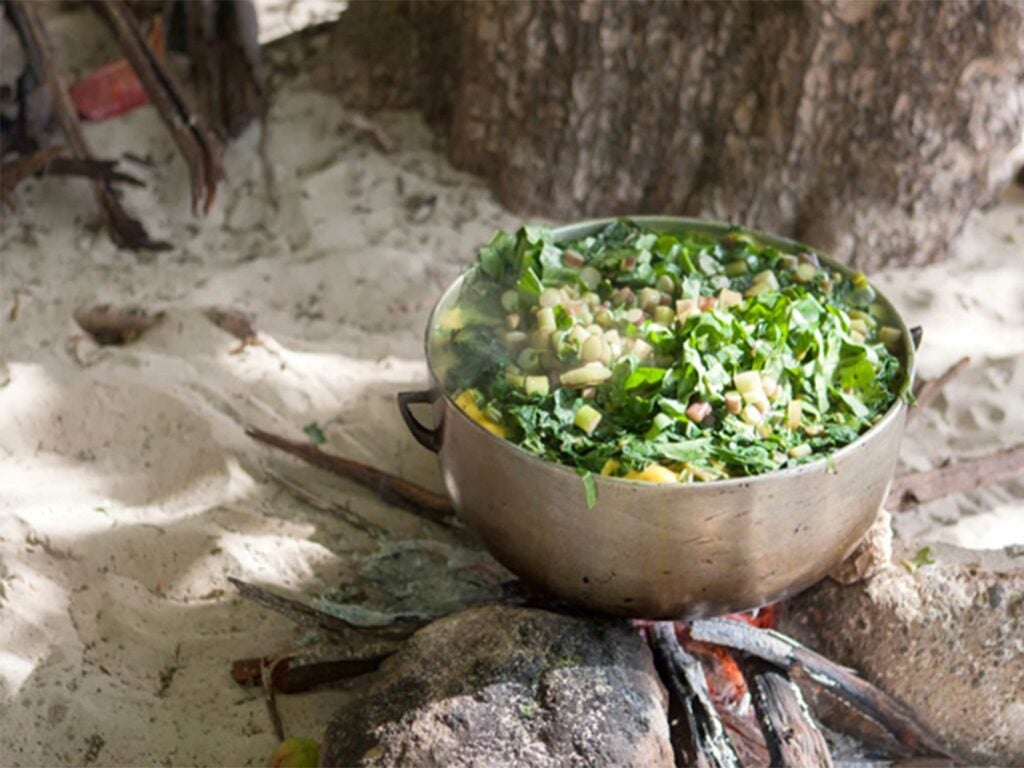 Oil down is the humble, one-pot, national dish of Grenada. It’s a hearty, savory stew of the chicken and dumpling variety that gets its name from the oil that emerges from coconut milk as it cooks. 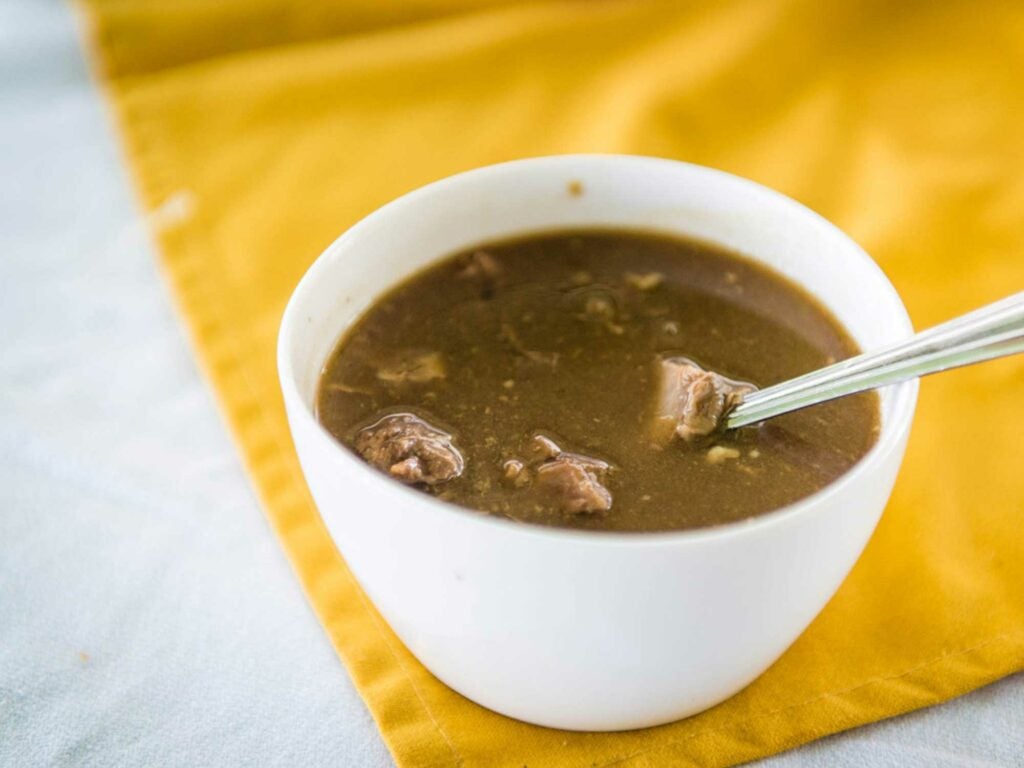 Goat water is the national dish of Montserrat, dubbed the Emerald Isle of the Caribbean for the close ties to Irish heritage on the island, which is where goat water comes from. The well-seasoned (garlic, pepper, thyme) dish is a riff on Irish stew and uses goat in place of mutton. 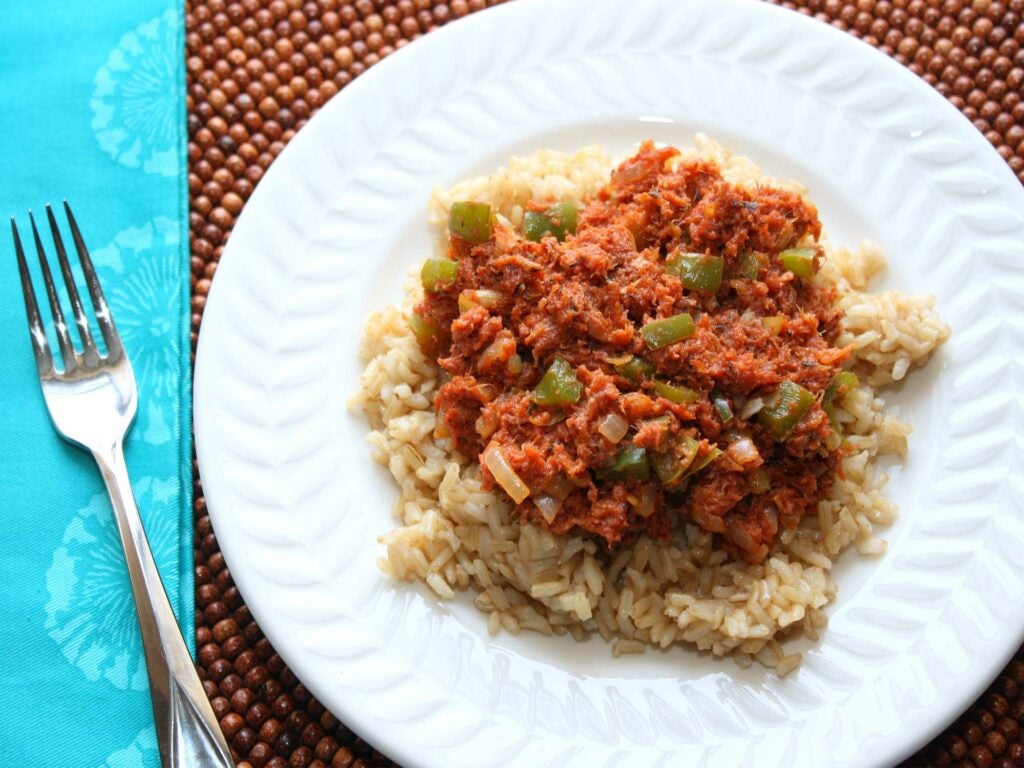 This breakfast staple of the Bahamas is a corned beef and vegetable (usually corn) dish that’s served with white rice or grits. The addition of locally grown goat peppers gives the dish its fiery kick, and where the dish is said to get its name. 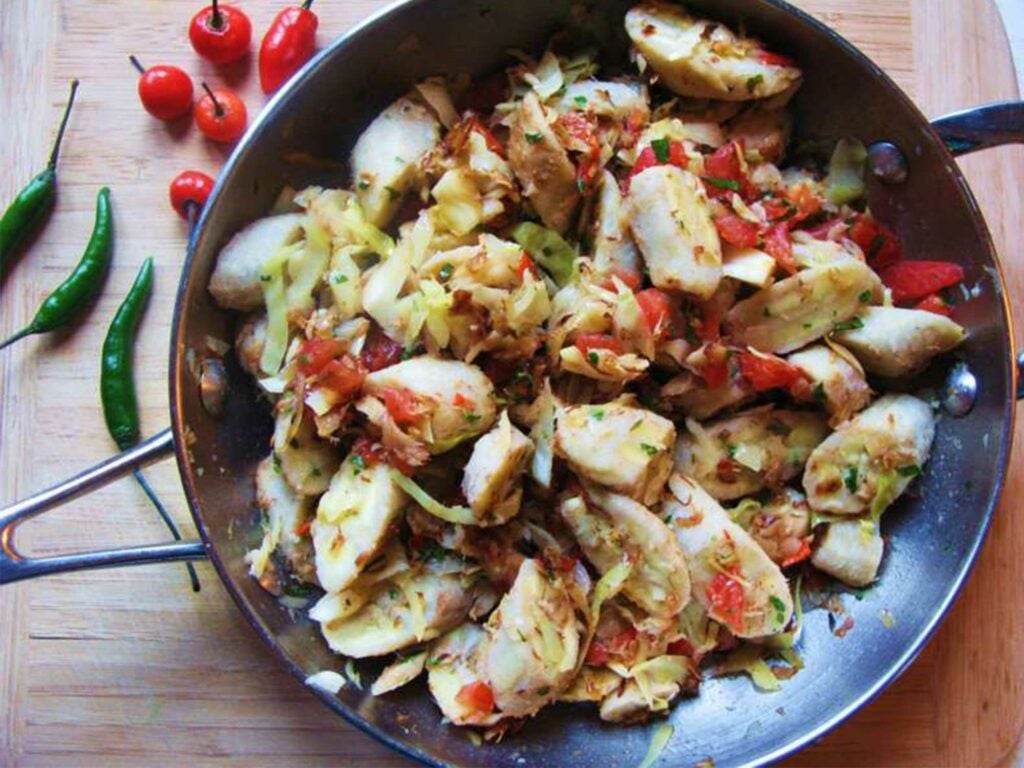 Green figs (actually green, unripe bananas) grow with wild abundance on the Lesser Antilles island of St. Lucia, and they’re the main ingredient in the island’s national dish: green figs and saltfish. When cooked, the green figs develop a subtle sweetness to contrast the salt-cured fish. 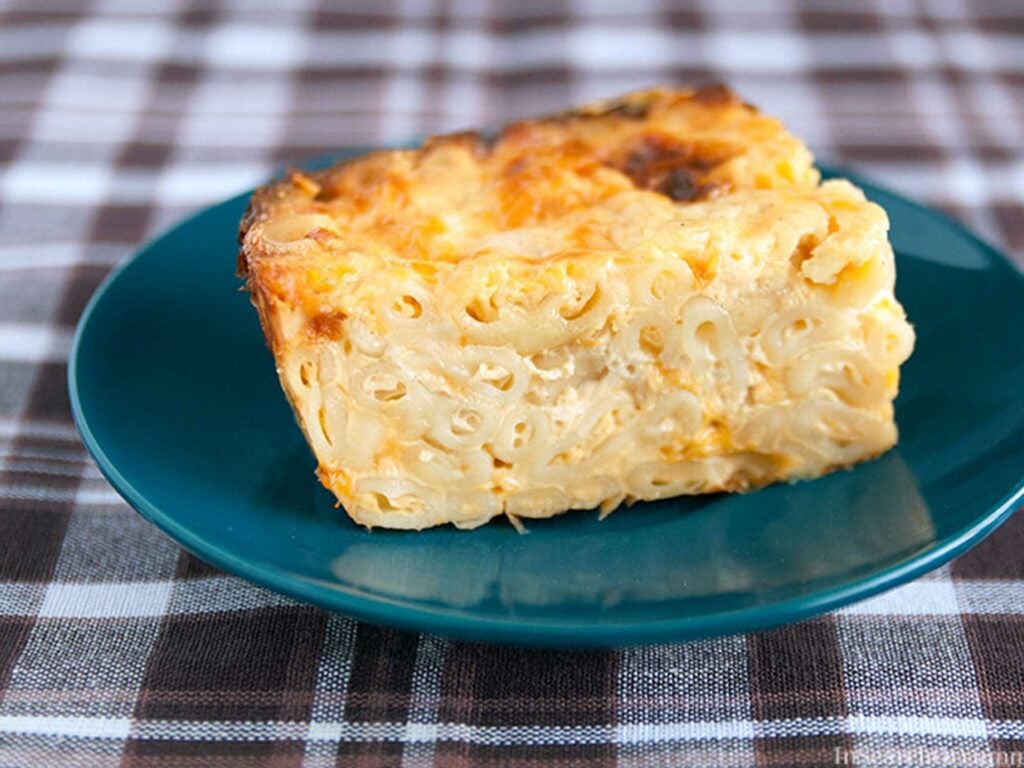 Macaroni pie is not unlike your typical macaroni and cheese. But throughout Barbados, where it is most widely consumed, and the rest of the Caribbean, it is made with small amounts of ketchup and mustard, evaporated milk, grated onion, and egg to help it all set when it bakes. 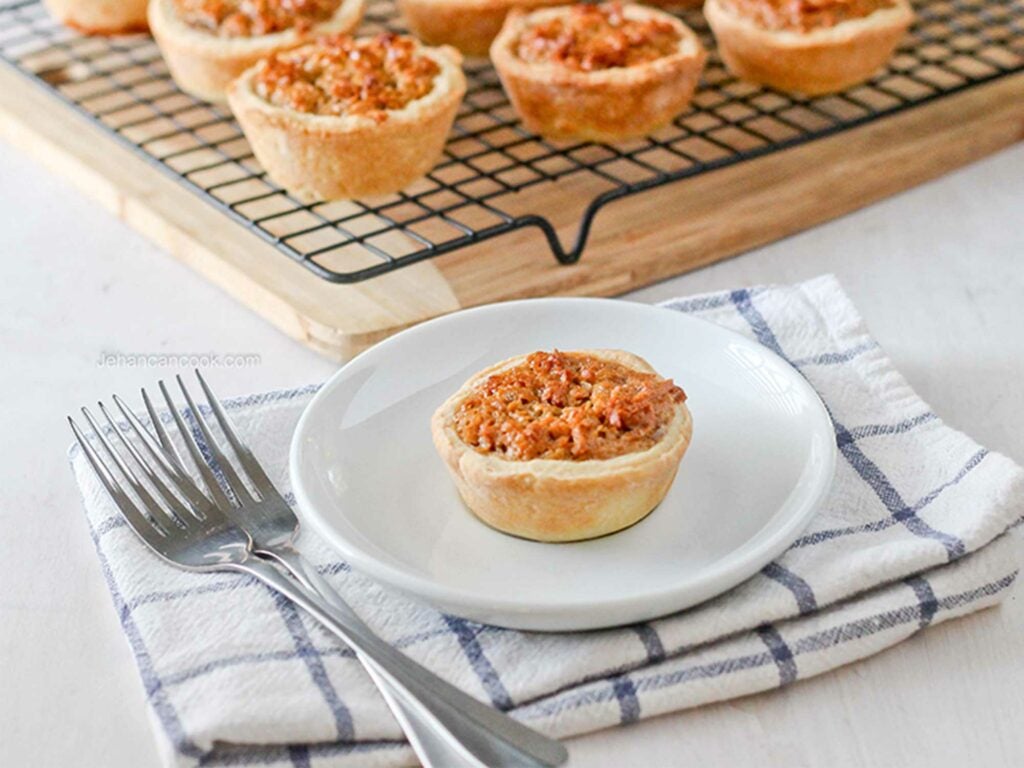 This Jamaican pastry is of Portuguese origin; filled with a mix of coconut, sugar, nutmeg, and vanilla that bakes into a chewy, sugary paste. 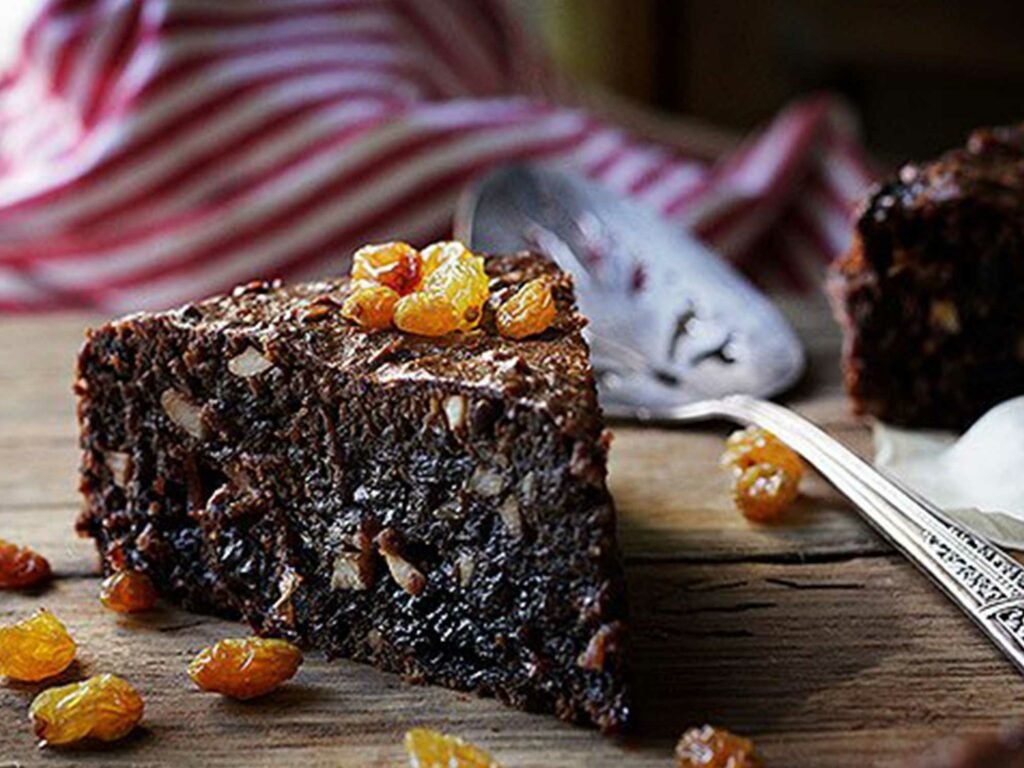 The Caribbean version of fruitcake—sweet, boozy, crunchy, and chewy—is inspired by British plum pudding and blackened with molasses. 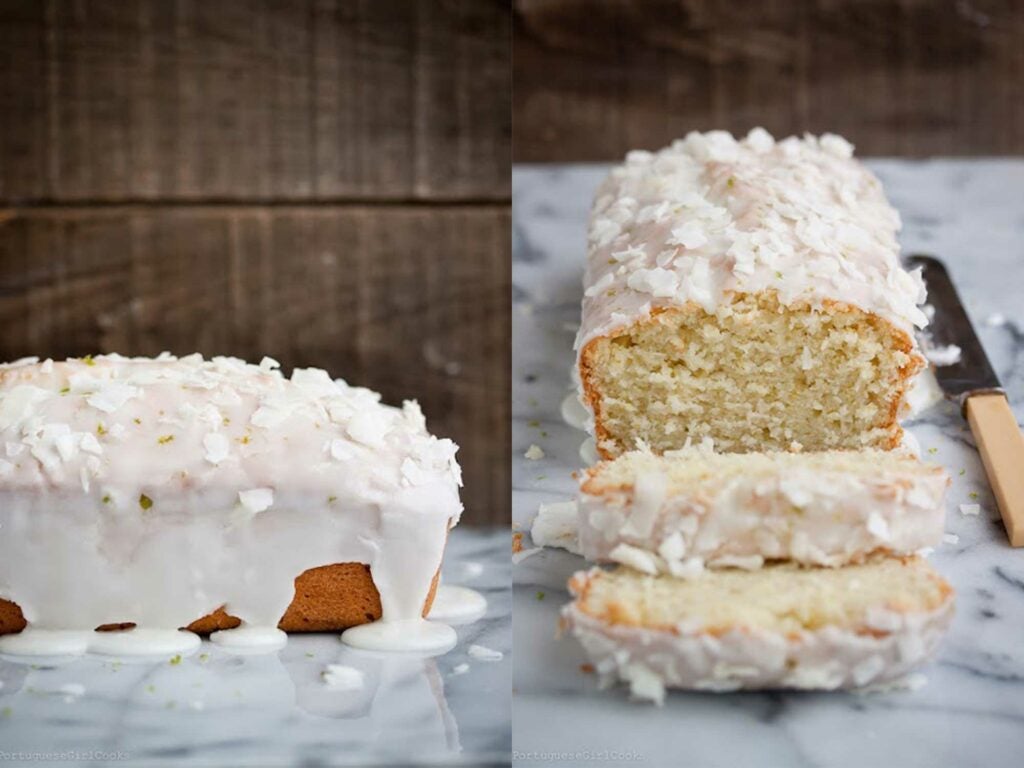 Coconut cake is made throughout the Caribbean, but most notably in Jamaica, where it’s known as coconut toto. Any number of coconut byproducts (coconut milk, oil, and palm sugar) are often added to enhance the flavor, and ginger, nutmeg, and allspice ensure the cake’s savory crumb.