You could say that Gabrielle Langholtz has been preparing her entire life to write America: The Cookbook. Even before she dedicated two and a half years to researching and writing the colossal tome, she'd already traveled to all 50 states and amassed more than 250 books on American cooking. At her wedding in 2008, the only two readings were passages by Jane and Michael Stern, of Roadfood fame, and Laura Ingalls Wilder—authors who have spent their lives chronicling the foods and traditions found along the way anywhere from Alaska to Florida.

Even so, she admits, "I still feel that I'm at the tip of the iceberg, truly." American cooking is a subject even she finds hard to define, which made picking ten recipes to represent each state in her book even more difficult. For her preliminary research, she looked at cookbooks, of course, but also narrative and anthropological books to fully explore America's culinary history—Little House on the Prairie and the Sterns' many varied books among them.

Here are just a few of the books that Langholtz deems essential reads on American cuisine. 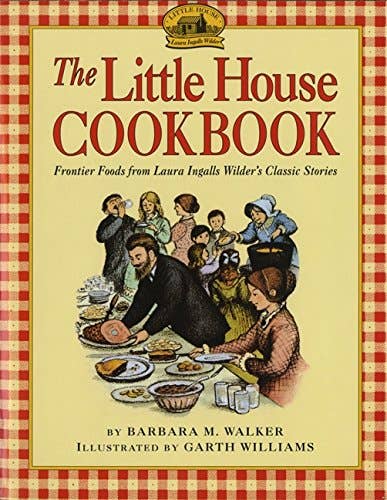 As a kid living in Alaska, Langholtz read every single one of the Little House on the Prairie books over and over. "They are really manuals for living on the frontier," she said, and a large part of life on the prairie is procuring and cooking food. In The Little House Cookbook, Walker provides recipes and backstories for the classic frontier dishes found throughout Wilder's beloved series. The book is organized by ingredient sources: from the woods, wilds, and waters, you'll find recipes for spit-roasted wild duck and sun-dried wild fruit; from the country stores, there are staple-heavy recipes like fried cornmeal mush and (canned) oyster soup; and from the barnyard, homemade sausage and mincemeat pie. While these nose-to-tail, farm-to-table recipes are staples of prairie life, they're also reminiscent of dishes you might find in restaurants and home kitchens today (at least in Brooklyn). What's old is new, as they say. 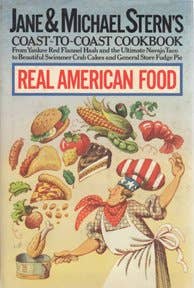 Just about any book by Jane and Michael Stern could be considered an essential read on American cooking—"I really believe they deserve a congressional medal of honor for their work." They've been chronicling the food of the USA since the 1970s, making them some of the first food writers to consider American cooking as worthy of attention as the high-end cuisine of Europe and Japan. While best known for Roadfood, an annually updated guidebook that tells you the best local haunts along the country's back roads and highways, Langholtz thinks Jane and Michael Stern's Coast-to-Coast Cookbook: Real American Food is among their standouts. Each chapter tells the colorful story of a different regional cuisine—from boarding house meals to barbecue, Midwest cafe society to Upper Peninsula pasty shops—and the recipes you'll find there. 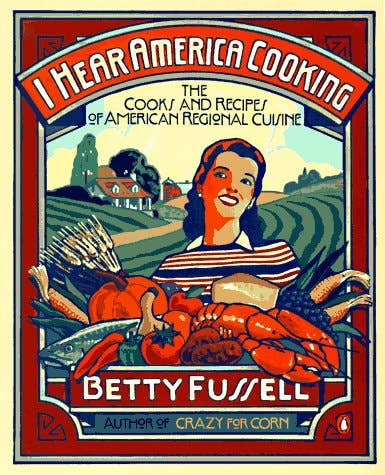 While this book does contain recipes, you'll eat up Betty Fussell's I Hear America Cooking more for the anthropological-but-in-no-way-dry read. Fussell, one of the trailblazers who urged Americans to embrace their own cuisine, traveled from Alaska to Florida to find, interview, and cook with people making true regional cuisine. The resulting book features the lineage and stories of what she calls the "vernacular cuisines" of six borderlands: the Southwest desert, the Louisiana delta, the Carolinas, the New England coast, the Great Lakes of the Midwest, and the Pacific Northwest. You'll meet a man who barbecued a raccoon, and learn the story of how baking powder is evolved from powdered leavening that evolved from Indian wood ash. In addition to the detailed histories, Fussell's "analysis and way of unpacking American culinary identity is what makes it a wonderful read." 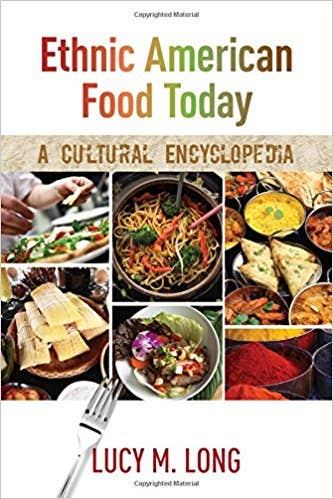 So many dishes that we consider American specialties—apple pie, burgers, hot dogs, bagels, pizza—were originally brought to the country by immigrants and adapted along the way. This two-volume encyclopedia explores the who, what, where, when, why, and how of each nation’s culinary presence in the United States. You’ll find a few pages on each country that detail not only the dishes and ingredients each immigrant group has contributed to America’s culinary landscape, but also how they got to the United States, how they’ve evolved since arrival, and how you might procure, make, and enjoy them today. 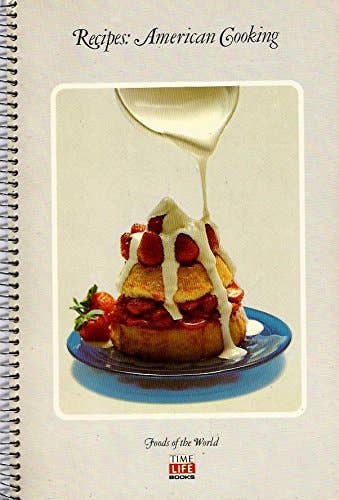 You can't include a collection of books on American cooking without including something by James Beard. His 2000-recipe American Cookery might be his most well-known, but the six regional books he edited as part of Time-Life's Foods of the World series stand out because of their in-depth essays by various significant writers. "It's easy to glance at these books at a garage sale and dismiss them because the food-styling is horribly dated, but the writing is spectacular," Langholtz said.

To prove her point, she opened the Great West edition to a random page, which just happened to include a piece by MFK Fisher about growing up to a “composite cuisine” in Southern California: “The cuisine of America’s Great West combines the hardiest traditions of pioneer appetites from a dozen cultures….It uses all of the fruits of the Great West’s soils and waters, from cactus to crabs. It combines them in a free and easy way that is, as far as I know, the most thoroughly relaxed cooking of good regional food anywhere and the least tainted with ethnic prejudices.” The story recounts buying lychee nuts at the Chinese grocery and tortillas at the Mexican one down the street, steaming fresh-caught mussels over kelp right on the beach “the way the Japanese did,” and eating quail brought in from the edge of the desert or venison from the woods. 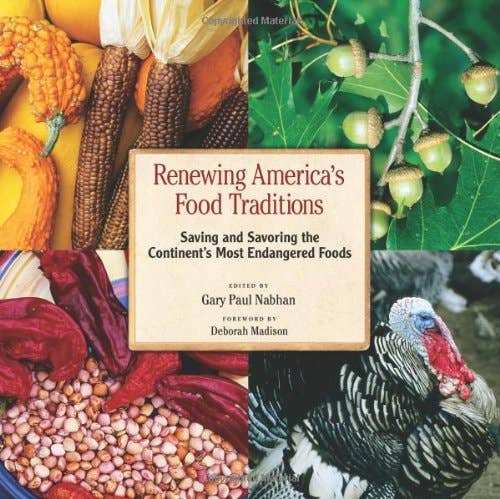 Not only does Renewing America's Food Traditions provide the history of some of North America's most rare and endangered ingredients, its recipes reveal how they were once eaten. As Deborah Madison explains in the book's foreword, "not everyone will take up the challenge to cook traditional recipes like Crow bison cattail stew, blue crab and Choppee okra stew, or carpetbag steak with Apalachicola oysters, but dishes like these show us how plants and animals of a particular food nation were once paired and enjoyed together." To accurately portray how these ingredients were used, the book ignores state lines and divides the country into "food nations" defined by the key ecological and/or cultural foods in each area—think Moose Nation, Crabcake Nation, Pinyon Nut Nation.

But this book isn’t merely a eulogy to ingredients and the significant dishes that were made with them; it also profiles those who are in their way renewing these disappearing traditions, from farmers and foresters to ranchers and chefs. “Every single entry in the book reminds me that we need to appreciate this ingredient and keep growing and cooking it,” Langholtz said. “This is our history that we risk losing.” 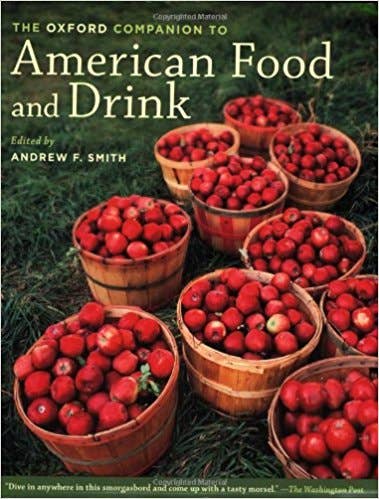 “Put down the internet,” Langholtz suggests—here’s your (reliable) reference on truly everything related to American food and drink. If there was a food Jeopardy, this would be the textbook. The nearly 700-page book is comprised of well-researched but entertaining encyclopedic entries written by food historians: A browse through the “B” section will get you entries on everything from Brunswick Stew, bubble tea, Budweiser, buffalo, buffalo chicken wings, Bundt cake, Burger King, burritos, butchering, and on and on.