Our take on some of the best cookbooks of 2012 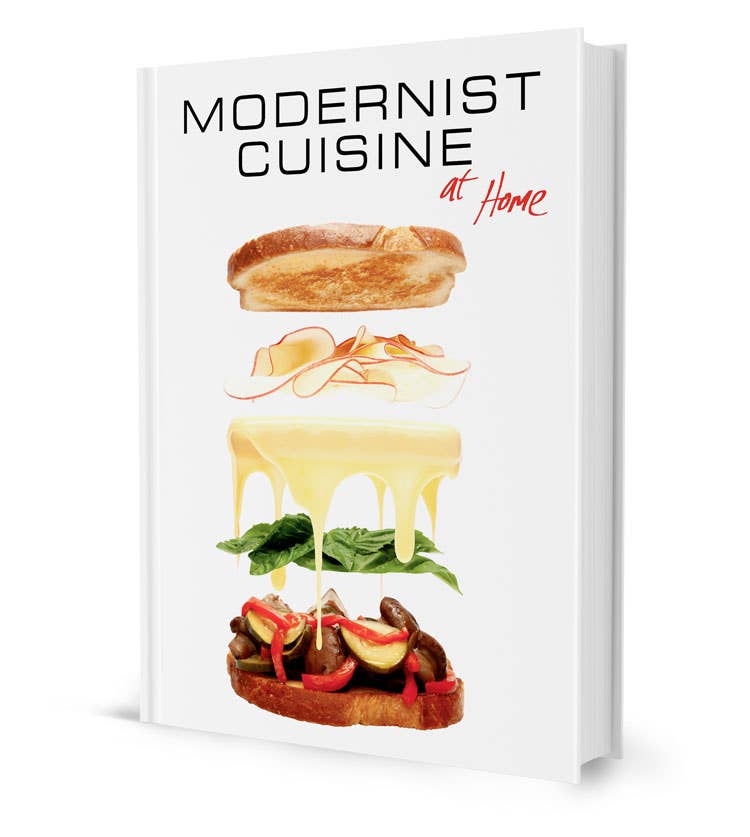 Much of the focus on Nathan Myhrvold is directed at his NASA-level gadgetry. But this follow-up to 2011's Modernist Cuisine proves that he's not just a biochemistry buff; he's in pursuit of culinary perfection. Thoughtful recipes call on scientific principles to produce precise results in dishes as surprising as a strawberry marinara sauce, and as accessible as a mac and cheese. --Helen Rosner 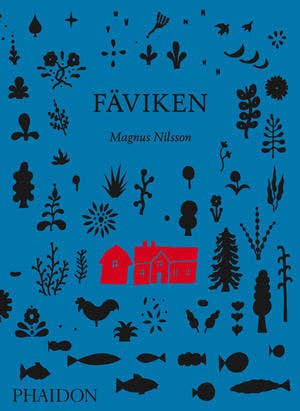 If the grocer gives you the stink-eye when you demand "three perfectly shot and matured hazel hens," then you've fallen for Faviken. We don't blame you. Magnus Nilsson has written a book that speaks to the forager's fantasy he creates at his restaurant, Faviken Magasinet, located on a Swedish farm and hunting estate. Filled with tips on fermenting and grilling over juniper branches, it may not offer the most practical advice, but it will make you look twice at the beauty around you. --Hugh Acheson 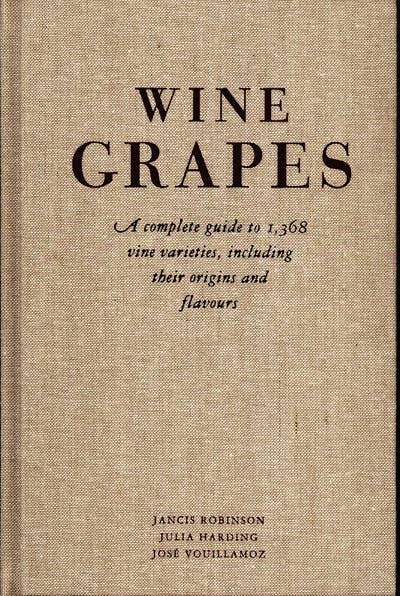 Wine Grapes: A Complete Guide to 1,368 Vine Varieties, Including Their Origins and FlavoursSHOP NOW

Can a combination of geography, botany, and history explain why you love chardonnay? British wine critic Jancis Robinson and her co-authors offer answers to this and hundreds of other grape-related questions in this thick book, which details the histories, and family trees of every variety, from albariño to zinfandel. The trusty guide will inspire novel wine matchups for favorite recipes. --David Lincoln Ross 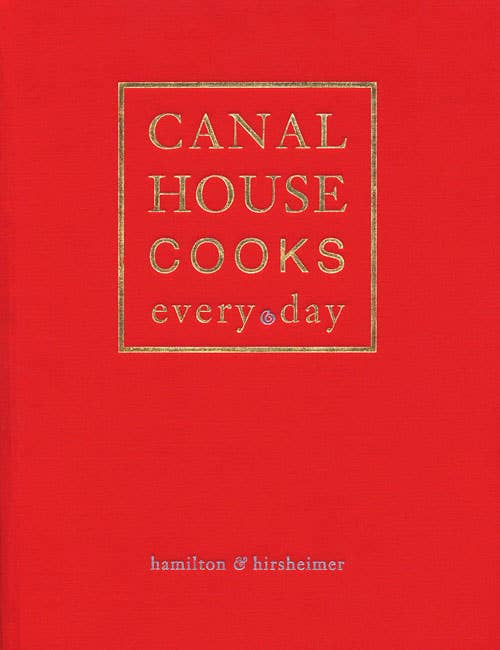 _ Former SAVEUR editors Hirsheimer and Hamilton appear to lead the lives most home cooks long for. Their kitchen is in an old New Jersey canal house, where every day they meet to turn local ingredients into gorgeous meals. Their recipes are easy, folksy, and, sometimes, imprecise. But the rewards are many. Their pastry dough turned me, never before a baker, into someone who whips up apple galettes and gianduja-caramel tarts. --Betsy Andrews 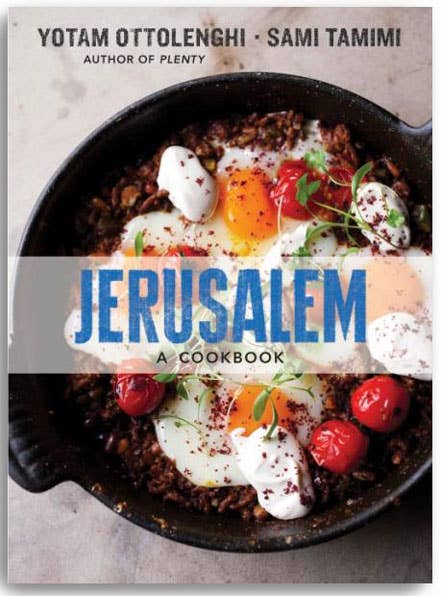 Sami Tamimi hails from Jerusalem's Muslim east, Yotam Ottolenghi from its Jewish west. Celebrating their complicated city, the partners in London's Ottolenghi restaurants have filled this book with images of urban life and recipes representing the city's polyglot flavors, from Palestinian lamb-and-veal kofta to krantz, a German-Jewish chocolate cake. But it's the book's personal approach that imparts it with a sense of yearning that goes far beyond hunger. --Gabriella Gershenson 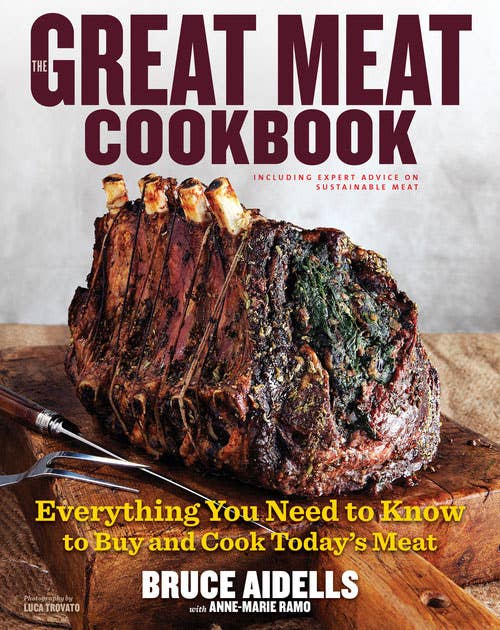 As the title suggests, this book is nearly the last word on meats, from goat to bison to basic ground chuck. Recipes showcase the versatility of the star ingredient, kicking off with a steak-house rib eye, then moving on to global fare like Mexican tongue tacos and seasonal gems like pork stew with hard cider. Bruce Aidells, owner of Aidells Sausage Company in San Leandro, California, plays the role of butcher-advisor, offering at-a-glance references to cuts and passages on sustainability. --Keith Pandolfi 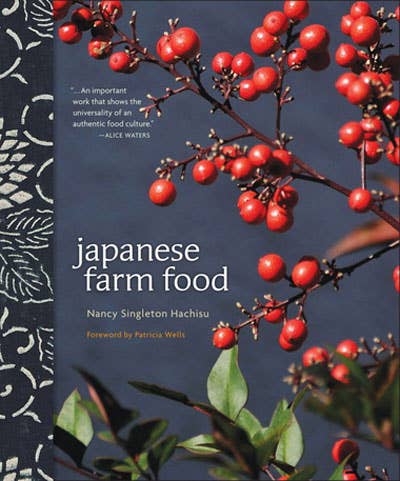 This cookbook by a Californian who moved to Japan 23 years ago to marry an egg farmer is centered on what she cooks at home. It's full of everyday country dishes, such as tamago no shoyuzuke (eggs pickled in soy sauce) and niku-jaga (potatoes, noodles, and pork belly in a ginger-and-onion broth), that are uncomplicated yet deeply satisfying. Essays on the author's years in Japan and lush photos make the book as great a pleasure to peruse as it is to cook from. --Karen Shimizu 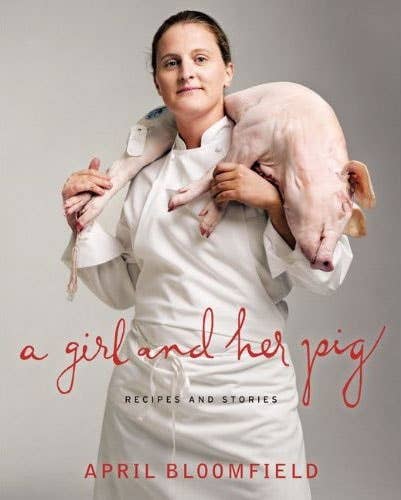 A Girl and Her Pig: Recipes and StoriesSHOP NOW

In her first book, Bloomfield, chef-owner of several Manhattan restaurants, including its first gastropub, The Spotted Pig, lets you in on her British upbringing, displaying the same enthusiasm for her grandfather's porridge as she does for chef-y dishes like ramp-buttertoasts with fried quail eggs. A sense of play comes through in the conversational recipes, fanciful illustrations, and musings, including a convincing argument for giving offal a try. --Kellie Evans 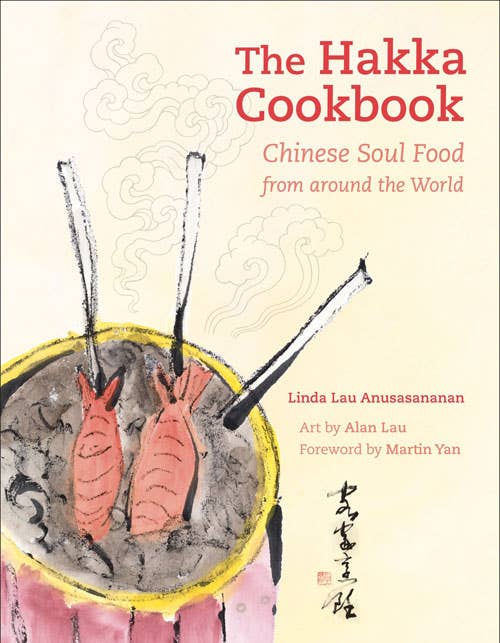 Starting in her grandmother's kitchen, the author traces the culinary roots of the Hakka people, who were forced from China's Henan Province by invaders in 317 and have been part of a global diaspora ever since. Her recipes reveal how Hakka dishes have absorbed the flavors around them, from Jamaica, where Scotch bonnet peppers are added to soup noodles, to Peru, where yucca is substituted for taro in a steamed pork dish. --Lillian Chou