Meet One of the Last Pennsylvania Families Growing American Saffron 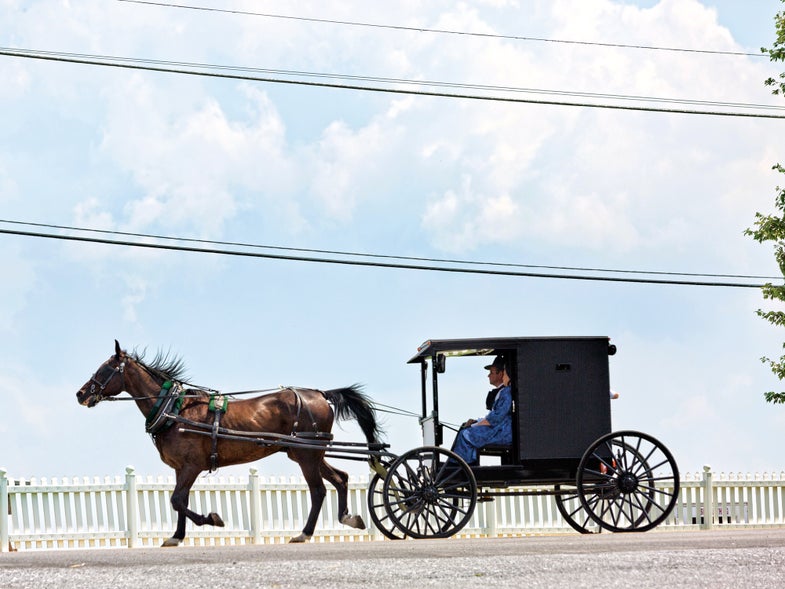 It’s been an exalted ingredient of Iranian cuisine since ancient times. It lends its distinctive hue and pungent flavor to Spanish paella, Afghani pulao, and the fragrant couscouses of Morocco. In Sweden, they put a pinch of it in sweet yeast buns called Saffransbröd. And here in the horse-and-buggy counties of southeastern Pennsylvania, the dried red stigma of the autumn-flowering Crocus sativus finds its way into just about everything Justin Hulshizer puts on the dinner table.

“Until I was twenty-one, I didn’t know that all chicken potpies and bread stuffing weren’t colored yellow,” Hulshizer says, serving me a plate of yellow scalloped potatoes baked with saffron.

Hulshizer and his neighbors are descendants of Pennsylvania Dutch (from deutsch, or German-speaking) Mennonites who settled the area some 300 years ago, and a love of saffron still runs through their kitchens, though few bother to grow it anymore. Hulshizer is one of the last of the holdouts, growing saffron corms in seven raised beds over the cement driveway beside his red-brick house.

The spice came to the U.S. during Colonial times along with other old-world crops like spelt. According to food historian William Woys Weaver, saffron-loving Pennsylvanians were once called Geeldeitsch, or “Yellow Dutch,” for the distinctive gold hue of their food. Merchants shipped Pennsylvania saffron to Spanish colonies in the Caribbean and, writes Pat Willard, author of Secrets of Saffron: The Vagabond Life of the World’s Most Seductive Spice, in the years leading up to the Revolutionary War, saffron traded on the Philadelphia commodity exchange at a price equal to gold. In the colonies, saffron acted as a flavoring in soups and teas, as well as a domestic remedy for measles and fevers.

The Hulshizers own neither horses nor buggies—Justin is a caseworker at the state’s department of human services—but around the 12-person table at his parents’ home a few miles from his own, a centuries-old food tradition endures. In addition to those potatoes, a bowl of fresh egg-noodle chicken soup is laced with Hulshizer’s own saffron, grown mainly for his own kitchen (though a few years ago, after an unexpected bumper crop, some threads made their way to the Pennsylvania General Store and were quickly scooped up by locals and chefs). The crimson threads imbue each spoonful of soup with a saturated golden hue and a complex flavor, earthy and faintly honeyed to some, marine or floral to others. It’s a versatile ingredient, and he says he sometimes adds it to cakes or cookies as well as savory preparations.

Most recipes advise sparing use of this expensive spice, but Hulshizer can’t help himself.

“Justin will often make soup, and the next day when he reheats it he’ll add more saffron, thinking there’s not enough,” his wife, Louise, tells me, with a smile.

“It’s because we love it,” pipes up Sofia, the Hulshizers’ nine-year-old. 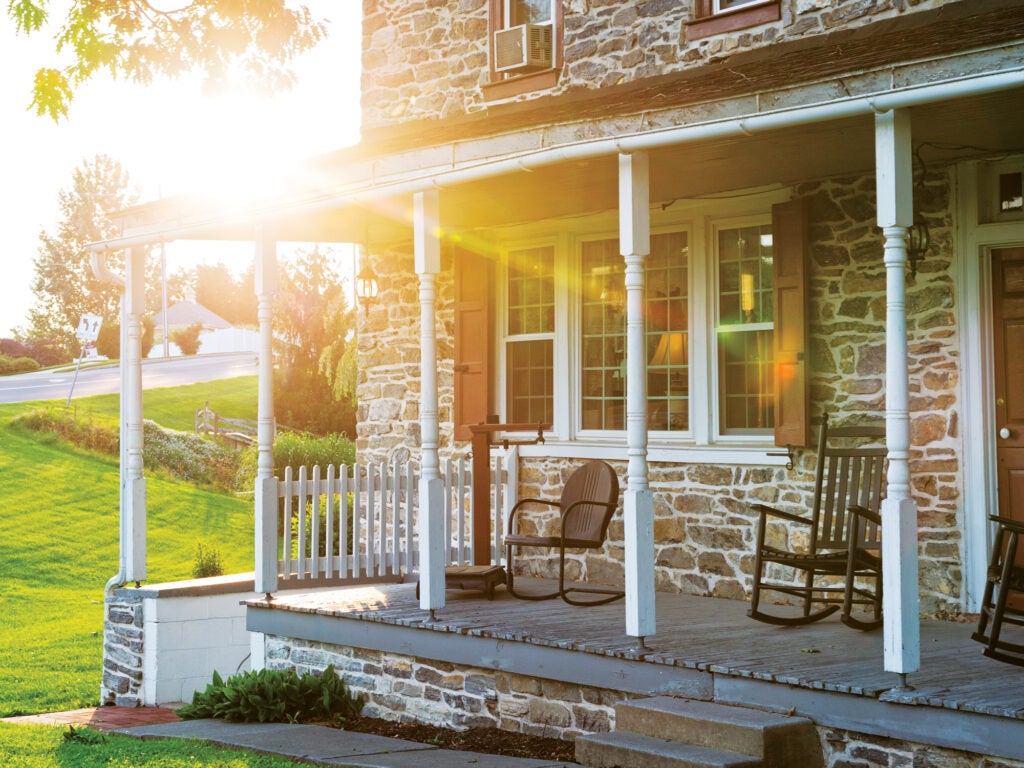 At this charming bed and breakfast, run by Jay and Kathy Wenger, Kathy’s mother, Ruth Zimmerman Martin, practically gives away saffron bulbs for ten cents each in an effort to encourage other women to take up saffron cultivation.

Hulshizer recalls his grandmother Merla using the saffron she raised in her garden in everything from stuffing to broths to the salted chicken hearts she’d make him as an afternoon snack. After Merla moved out of her house and into a nursing home, she insisted that Hulshizer take her saffron corms—which resemble tulip bulbs and reproduce by spawning smaller, daughter corms that can be detached, like garlic cloves, and replanted—and start a crop of his own.

Saffron corms are dug up and divided in July, and in mid-October send up shoots that soon after bloom lovely purple-lilac flowers. Each flower yields just three threadlike stigmas, which Hulshizer and his kids pluck in the early morning, just as Merla did, before the flowers wither under the sun. Harvest is “a mad, crazy affair for two weeks,” Hulshizer says. He then dries the saffron threads in a convection toaster for two minutes, which activates the oils and heightens the aroma. (The traditional Spanish drying method involves toasting over spent charcoal fire.) His seven beds produce 10 to 15 grams of saffron per season. Low yield and intensive labor account for saffron’s high cost: It takes the stigmas of around 70,000 blossoms, roughly an acre of flowers, to produce just one pound.

It’s all, admittedly, a bit of a pain. The cold, damp winters of late caused many of Hulshizer’s corms to rot underground. There’s also the perennial threat of rabbits chomping off fresh shoots and vermin mining the soil. The country’s last known commercial saffron grower, Martin Keen, a seventh-generation farmer who cultivated the plant for over a decade, told me that he simply gave up selling it commercially after voles wiped out his crop 11 years ago. Now, individuals like Hulshizer who grow it in their own gardens keep the tradition of Pennsylvania saffron alive, representing, with each harvested corm, a vestige of a fading American foodway.

One such Lancaster County resident, Marilyn Weaver, a retired woman I met in Brickerville who was advertising saffron bulbs for sale on her front lawn, explained that absent the golden blush of saffron, “chicken looks anemic.” Lee Stolzfus, a retired antiques dealer in Lititz who, 30 years ago, founded the Heirloom Seed Project to preserve heirloom varieties of vegetables with historical significance for the Pennsylvania Dutch and took up saffron growing himself as a way of celebrating his roots, told me, “It’s kind of like our little secret.”

And for some locals, cooking with saffron “almost gives you a feather in your cap,” says Kathy Wenger, who runs the Forgotten Seasons B&B in Lilitz. “Like you’re a real Pennsylvania Dutch cook.”

See the recipe for Roasted Chicken, Corn, and Saffron Soup »