Bright tomatoes and creamy coconut shine in this Cartagena-based chef’s coastal riff on a Colombian specialty. 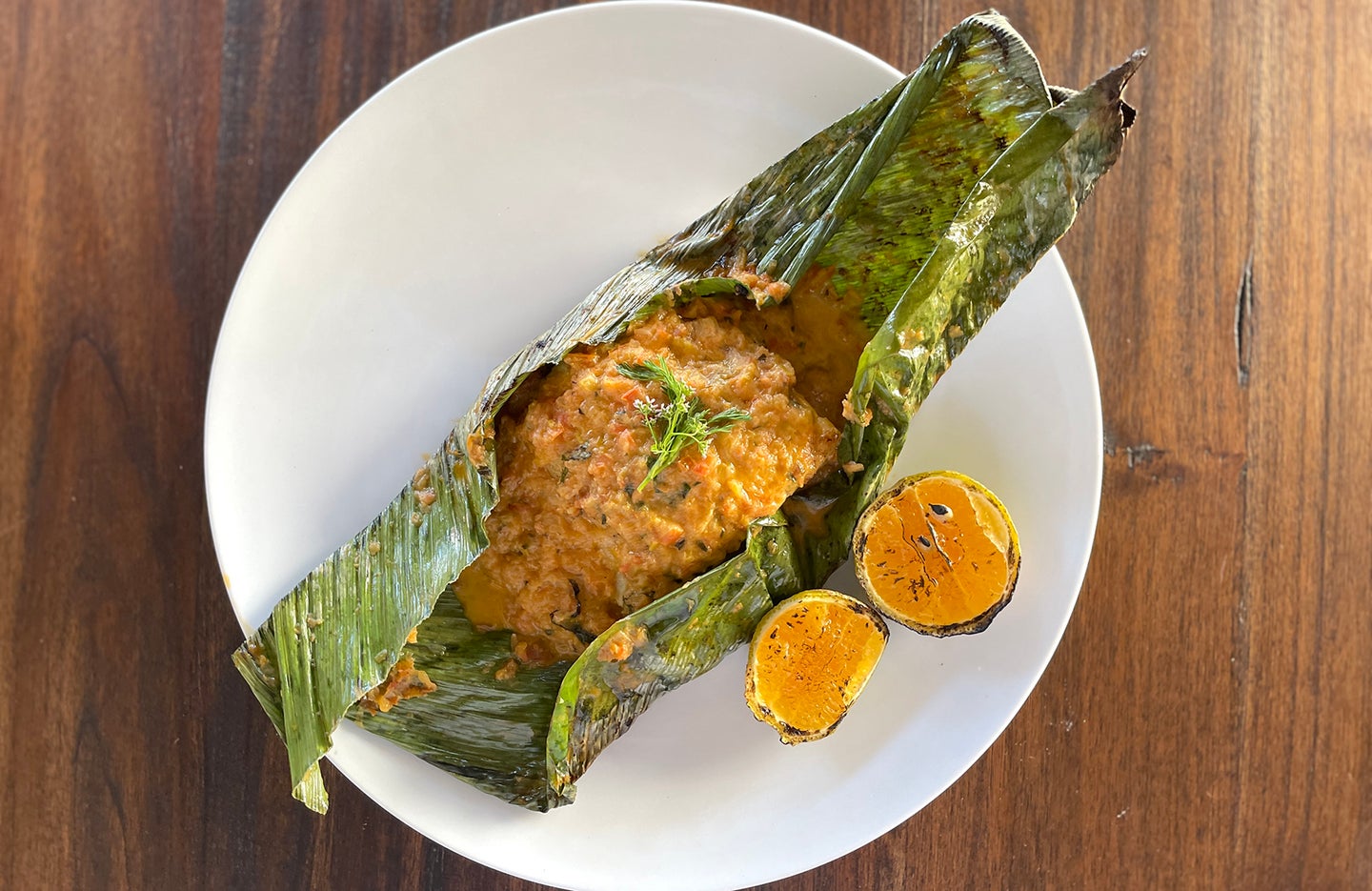 Colombia has a long tradition of wrapping starches, meats, and vegetables in plantain or banana leaves before cooking. This technique likely originated in the convenience of portability, though steaming the enclosed parcels also concentrates their fillings’ flavors and juices within as the thick leaves lend the tamales a deeply herbaceous aroma.

Alejandra Cubillos González, head chef at the new Sofitel Barú Calablanca Beach Resort‘s Bahía Restaurant in Isla Barú (a former peninsula known for its white-sand shoreline, accessible from the port city of Cartagena), wanted to develop a recipe that celebrated this culinary technique while also highlighting the foodways of the Caribbean coast. González’s creation differs from more traditional starchy rice-, plantain-, or corn-based tamales in that it contains primarily fresh fish seasoned with hogao del pacífico, a Colombian-style tomato-based sofrito. However, she considers her iteration both a celebration of her country’s food-wrapping tradition and also an homage to the culinary specialties of Cartagena.

González serves this dish with a rich and aromatic coastal Colombian-style coconut rice, which is made with warm coconut milk, butter, and sugar. Steamed white rice is a serviceable substitute.

Featured in “One Chef’s Spin on the Colombian Tamal—Inspired by the Caribbean Coast.”