The Best Vitamix Blenders for Years of Soups and Smoothies

They're the Cadillac of blenders. Here’s how to pick your ride. 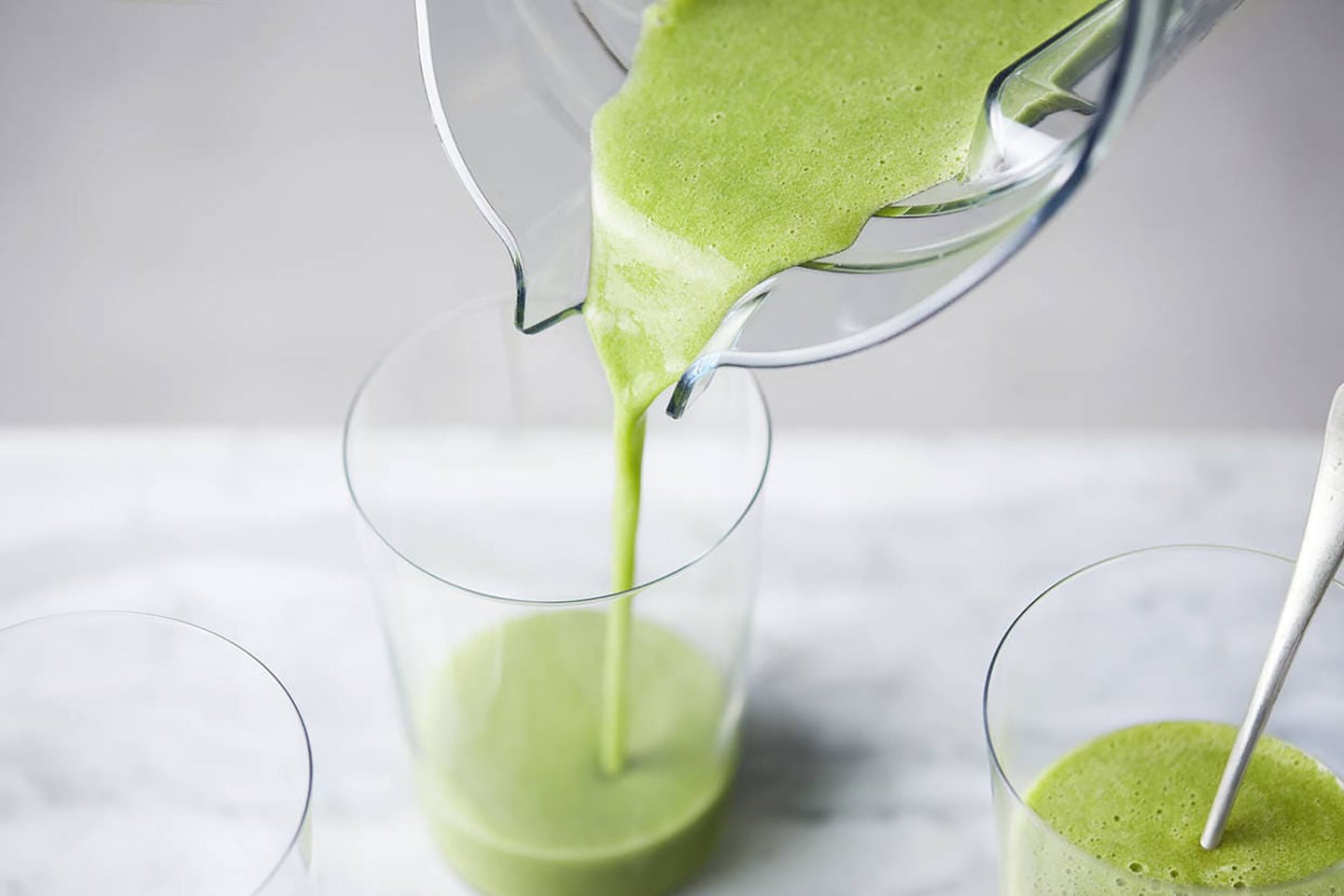 Vitamix is the most ubiquitous blender brand in the food industry. It’s known as “the Cadillac of blenders,” and I’ve spotted them in restaurants, smoothie bars, test kitchens, and the homes of many industry professionals. With over 100 years of history—and countless cooks, chefs, and food writers singing their praises—it’s no surprise that Vitamix blenders have become one of the most coveted kitchen appliances.

It’s also no surprise that they come with an enormous price tag compared to other blenders. More expensive doesn’t always mean higher quality when it comes to kitchen gear, but buying a Vitamix really is a great investment. No blender I’ve ever used has ever come close to the level of performance I get from my Vitamix, and Andy Lisnoff, sous chef at Cuisine Solutions, agrees. “I’ve been in the hospitality industry for 30 years and I have yet to see one come to the end of its lifecycle. That’s the reason I purchased a Vitamix,” he says.

If buying a Vitamix is a sure bet, navigating the variety of models available can be overwhelming. So I ran each blender through the same series of tests (with the exception of the ONE and the Immersion Blender, both of which I’ll explain below), from making smoothies and processing nut butter to turning raw ingredients into hot soup. Each ingredient used was weighed to the gram to help eliminate variables, and the results were sampled by blind taste test with a focus on consistency and texture. During testing, I paid attention to how loud each device was, as well as how easy it was to operate. Finally, I looked at whether the fully assembled blender fit on the counter, under the cabinets, or whether it would have to be stored elsewhere.

Most Vitamix blenders come with a 64 oz capacity blending bowl, which, on some models, can make it tricky to blend small portions, like a smoothie for one. Fortunately, Vitamix does offer adapters that allow you to blend smaller amounts. Although most models come with the same capacity blending bowls, some favor a taller, slimmer bowl that may be difficult to store under standard cabinets, while others feature a shorter, wider bowl with the same capacity.

Any blender should be simple and intuitive to use, no matter how versatile it is. Vitamix blender controls range from simple switches and knobs to digital touch screens with presets for a variety of functions.

Vitamix motors are known for being so powerful that you can blend raw ingredients into silky smooth, piping hot soup in five minutes. But this strong motor isn’t just great for the usual blender fare, like smoothies and sauces. Many Vitamix blenders offer the ability to process homemade nut butters and grind grains into flour.

With their hefty price tags, you should feel confident that Vitamix blenders are built to last. Any issues that arise from normal wear and tear will be covered for years to come. Vitamix offers warranties on all of their machines, varying by model from two to 10 years. These warranties cover parts, labor, and two-way shipping.

The 5200 is easily the most highly recommended model Vitamix makes. After testing one out for a couple of weeks and speaking with recipe developer and food writer Sohla El-Waylly, it’s very clear why. Despite its powerful, 2 HP motor, the 5200 was the quietest one, even as it obliterated frozen ingredients to make thick, creamy smoothies. “I’m sure every Vitamix can get the job done, but I have had the most experience with this model, so every other model feels wrong to me,” says El-Waylly. “My parents have this model in their ice cream store for smoothies and shakes, while every restaurant I’ve worked in had it as well.”

The simple interface has a single dial and two switches: a power switch, and a switch that allows you to alternate between using the variable speed dial or crank the blender up to its highest speed. Of all the batches of almond butter I made, the 5200 produced the smoothest one, despite the Pro 750 and A3500 having stronger motors. Because the blending container is taller and narrower, almonds rarely got trapped under the blades, resulting in a more homogenous blend. The only con about this otherwise perfect blender is that, at about 20-inches tall, it doesn’t fit in the standard 18-inch space between my counter and upper cabinets. If that’s not a concern for you, I cannot recommend this blender enough. I absolutely love my A3500, but I do feel the tiniest tinge of regret for not opting for the 5200. This model comes with a seven year warranty.

This blender, which Vitamix calls their entry to high performance blending, is a full $100 less than the Vitamix 5200 and performs tasks like making smoothies, sauces, and soups just as well. The major differences? It has a 48 oz container, rather than the standard 64 oz one, and it’s about three inches shorter than the 5200, making it easier to store on most countertops when not in use. The Explorian is also noticeably louder than the 5200, despite having the same horsepower. It also has a shorter warranty of just five years, compared to the 5200’s seven year warranty.

Best for Small Kitchens: Vitamix ONE

This little 1.2 HP motor blender is almost as good as its Vitamix siblings at blending smoothies, shakes, and sauces. It’s the smallest of the blenders I tested, with a 32-oz capacity pitcher. It fits pretty much everywhere in my tiny kitchen, making it an excellent option for folks with limited counter space. It’s also the simplest to operate, with just a single dial to switch on the machine and control the motor’s power level. In tests, I was able to make single servings of smoothies that were nearly as smooth and creamy as the ones made in the 5200 and A3500. Unfortunately, this model is not meant for processing nut butters, grinding grains, or blending raw ingredients to create hot soup. In fact, doing so will void its two year warranty. While this is a great choice if you’re limited by space in your kitchen, I recommend spending the extra $100 on our value pick above for the greater versatility if you plan on making anything thicker than a milkshake.

This blender was a joy to test. It has a more powerful motor than the 5200 (2.2 HP!), so it blends smoothies and soups smoother and faster. “When I was trying to determine which one would suit my home needs, my first instinct was to buy the E310 since it’s the one I’ve used my entire career,” says Lisnoff. “But being a family of four that occasionally hosts small gatherings, I opted for the Pro 750 with its larger pitcher.”

I did notice this model had some difficulty blending smaller amounts, like single serving smoothies. Lisnoff noticed this, too, but it wasn’t a dealbreaker for him. “While the larger capacity requires more product to be used in order to get the proper results, I find that it isn’t that much more,” he says. “I also like the preset functionality of the Pro750. Want a smoothie? Set it to the smoothie setting. Hot soup? It can do that too.” During testing, the Pro 750 outperformed the 5200 on most tasks, though I did notice that the almond butter it made was a bit chunkier, because almonds kept getting stuck under the blades. Like the 5200, this model comes with a seven year warranty.

Best Bells and Whistles: Vitamix A3500

This is the first Vitamix I bought, and while my eyes have now wandered to the 5200, I still love it. It has the same 2.2 HP motor as the Pro Series 750, so it performs just as well, though it is a bit louder than both the 5200 and 750. What I love about it are the preset functions, including ones for handling smoothies, hot soup, nut butter, and self-cleaning with the touch of a button. You can easily perform these tasks manually on other models, but I have to admit that I’ve become a little dependent on being able to just dump in ingredients, hit a couple of buttons, and let it go. It has a beautiful digital touchscreen, and comes in multiple colors and finishes. Convenience and aesthetics do come at a price, though. The A3500 is tied for most expensive Vitamix blender, along with the Pro 750. Because of the wider, low-profile blending container, this model had the same issues with blending almond butter. It also has the longest warranty period of all the blenders tested: a whopping 10 years!

This model wins this category by default, admittedly, since it’s the only immersion blender Vitamix offers. However, of all of the immersion blenders I’ve used in pro kitchens and at home over the past decade, it’s the best one I’ve ever used. For starters, it has the most comfortable handle and sturdiest locking mechanism I’ve seen. Where some models feel a little wobbly, even after locking the blending wand to the handle, the Vitamix immersion blender feels like one solid unit. The blending wand is narrow, fitting nicely into wide-mouth mason jars, or any vessel with a 3” wide mouth. It makes quick work of even the most fibrous of frozen fruits (looking at you, frozen pineapple!) and veggies. The two-button controls are really intuitive: one powers the machine on, and the other is a pressure-sensitive variable speed button that increases blending power the harder you press it. Like the ONE, I couldn’t perform all of the same tests with it, like processing nut butter or using it to cook soup. It is, however, the best immersion blender I’ve used, and well worth the cost. This model comes with a three year warranty.

Is it expensive to repair my Vitamix blender?

Vitamix’s warranty should cover any repairs, but if your warranty has lapsed like it has for El-Waylly, you may be able to repair it yourself. “Depends on what’s wrong with it,” says El-Waylly. “If you’re just changing a gear or the blade and you have a guy (or are the guy) it’s about 40 bucks. If it’s something more serious with the motor, I recommend buying a new one (but that’s very very rare).”

Can I use my Vitamix blender as a food processor?

While you can do some food processor tasks with your Vitamix, like making nut butter, it’s best to avoid things like making pie dough or chopping veggies. You can buy adapters and special blending cups for food processing with certain models, but what about just using the blending cup that comes standard with your model? “No, please don’t,” warns El-Waylly. “The blades are too small, the canister isn’t shaped for that kind of action, and you’ll likely burn out the motor.”