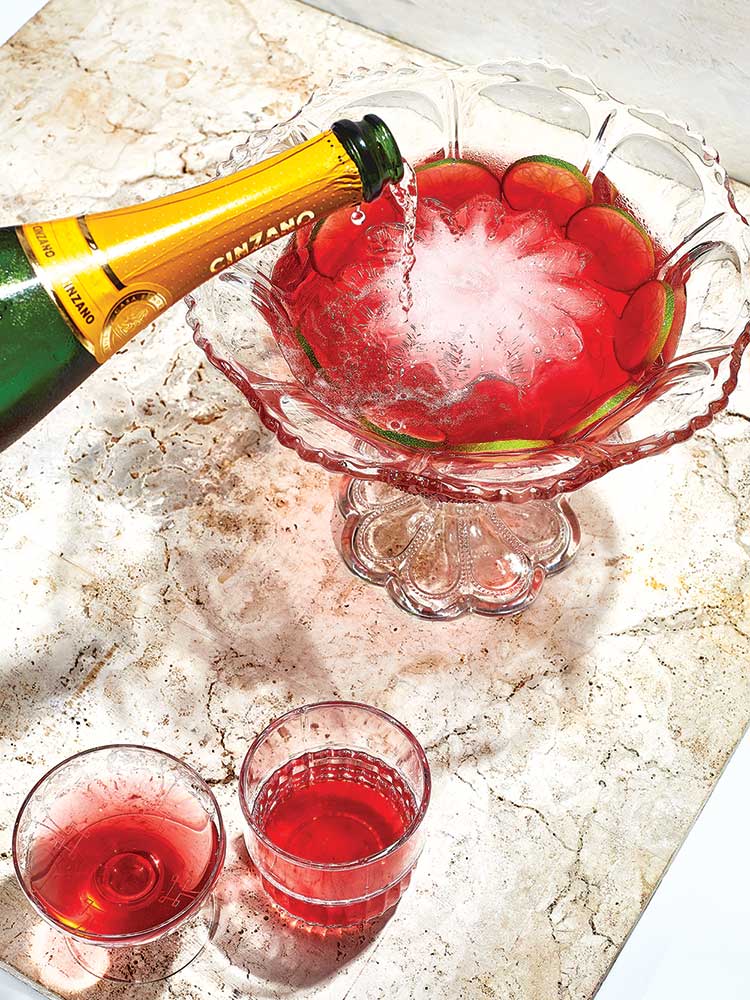 New York bartender Jackie Summers introduced us to a homemade version of this traditional Jamaican white rum punch made with dried hibiscus flowers and an array of citrus and spices. Our version makes it “royale” by topping it off with champagne or sparkling wine.

New York bartender Jackie Summers introduced us to a homemade version of a classic Jamaican white rum punch. Named for the dried hibiscus flowers that flavor it, sorrel punch supposedly originated when British naval officers in the 17th century would pour their rum rations into a common local tea made with imported West African hibiscus flowers.