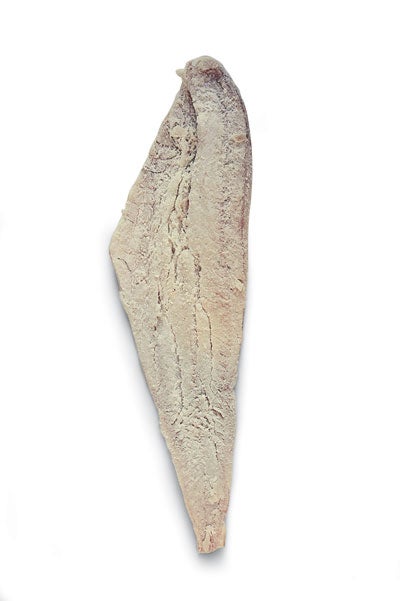 Salt Cod It is said that the Portuguese have 365 different ways to use salt cod, also called bacalao, baccala, or bacalhau, depending on what part of the world you're from. My Portuguese mother had one she particularly loved, a simple fish stew. My father wasn't Portuguese, but he had a favorite salt cod dish too: his garlicky codfish cakes. I have been eating salt cod for over 70 years, and it is one of my favorite foods. When I was a child, my mother would buy a box of salt cod for 75 cents; she'd just soak it in water overnight and have the makings of a nourishing and inexpensive dinner. I still make her stew and the codfish cakes. It's a taste of home, no matter where I am. (For a recipe, see Brazilian salt cod stew.) -Arn Ghigliazza, Santa Cruz, California. Todd Coleman
SHARE