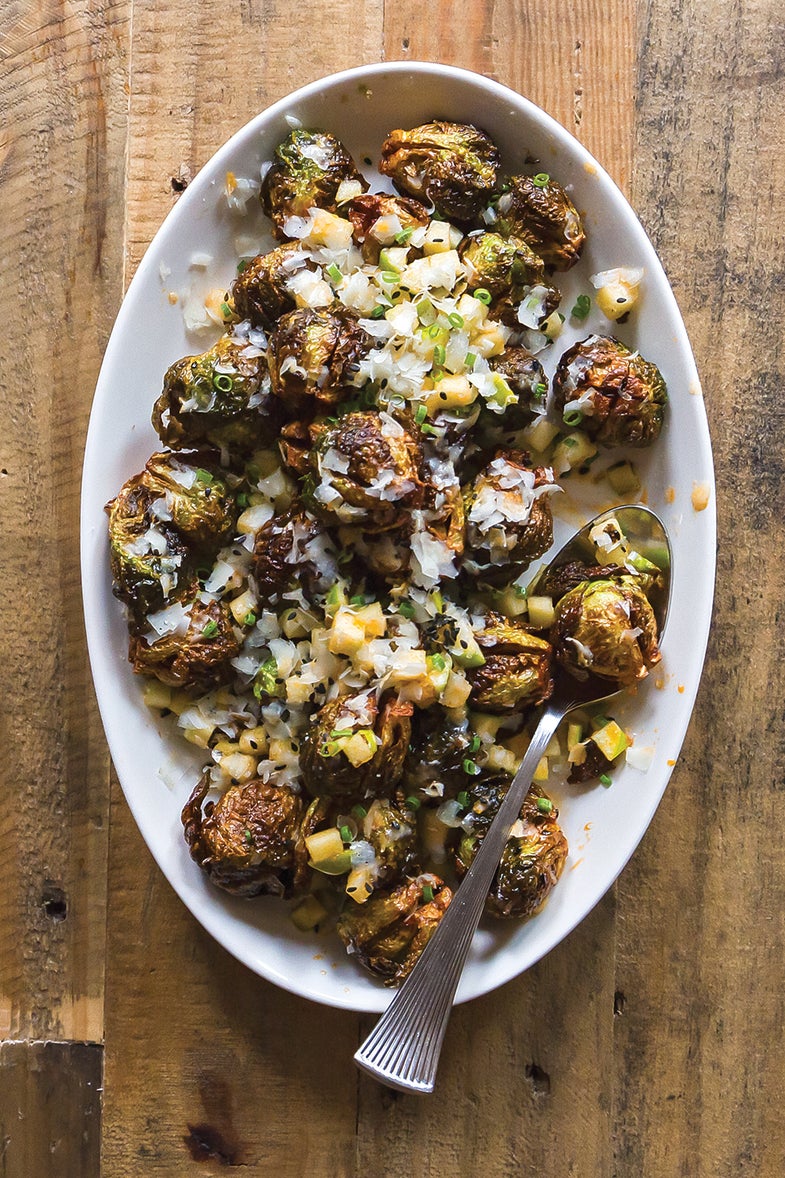 At the Brooklyn, New York restaurant Emily, Brussels sprouts are fried whole until crispy and then tossed in an umami-rich dressing of fish sauce and lemon juice spiked with chile oil. A shower of salty Pecorino cheese, sweet-tart Granny Smith apple, nutty sesame seeds, and fresh minced chives tops off the addictive appetizer, one of many reasons our experts chose Brooklyn as the Best Large Domestic Culinary Destination in our 2014 Culinary Travel Awards. This recipe first appeared in the tablet edition of our October 2014 issue.

Brussels sprouts are fried whole until tender and then tossed in a chile-spiked, umami-rich sauce for this irresistible side dish at Emily, a restaurant and pizzeria in Brooklyn, New York.
Yield: serves 6