A "found" whiskey with a perfect balance of sweetness and spice 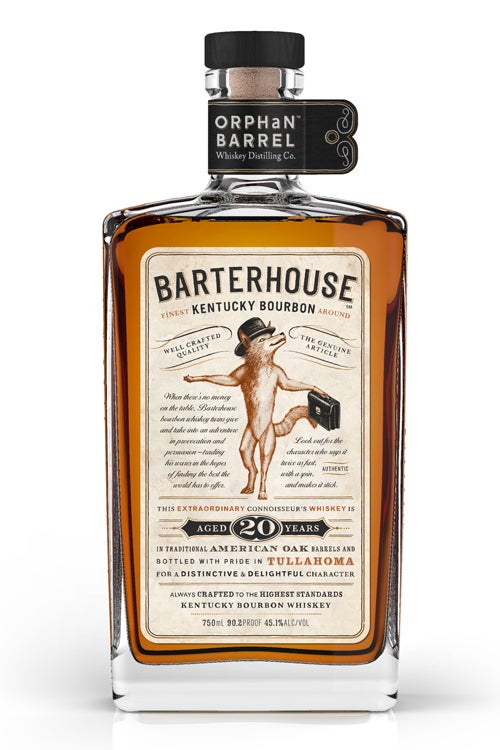 For the experts at Diageo, finding gems among the spirits giant’s whiskey holdings is a delicious treasure hunt. Recently Ewan Morgan, Diageo’s Master of Whiskey—a title he seems born to, having grown up in Speyside, Scotland, where his father was a manager at Highland Park and his grandfather a brewer at Cardu—was tipped off to the riches that lay in the rickhouse at the company’s Stitzel-Weller distillery in Louisville, Kentucky. Turns out that Stitzel-Weller manager Andrea Wilson had some brilliant orphans on her hands—barrels of 26- and 20-year-old Kentucky straight whiskeys that, through happenstance, had never been bottled. Forthwith, Diageo created Orphan Barrel, a new series of “found” one-off whiskeys now on its third release. Each is a unique expression of the history and life of the casks. Aged 26 years, Old Blowhard ($150) is the big, oaky show-off of the trio. The newest blend, Rhetoric ($85), is creamy with a nutty—and coconutty—character.

But my favorite is the middle child, Barterhouse ($75). Barreled in 1993 at the defunct Bernheim distillery, the bourbon was aged in the middle and lower shelves of the Stitzel-Weller rickhouse. There, temperatures are warm but not hot, so with evaporation, the whiskey took on just enough of the character of the wood to be smooth, spicy, but not astringent. Brewed from 86 percent corn, it has a buttery sweetness, but with a dry, peppery kick from the 8 percent barley and 6 percent rye that complete the mashbill. I drink it neat with just a splash of water, and I also like it mixed with grapefruit juice and maple bitters in a riff on my favorite cocktail, the Brown Derby. A middle child myself, I like to think that its balance of sweetness and spice mirrors my own, at least while I’m relaxing with a drink.