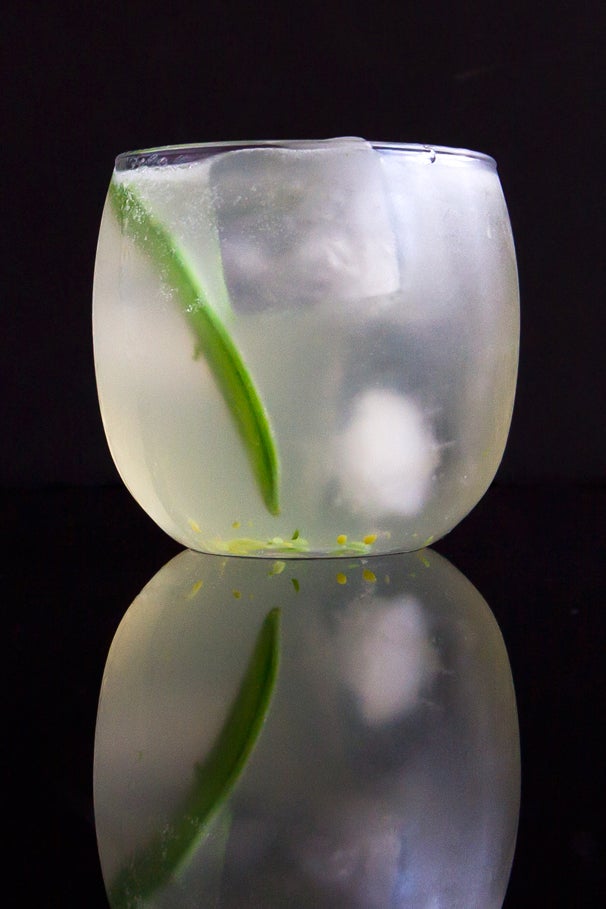 Imagine pulling up to a family-owned organic farm, breathtaking against a backdrop of blue skies and California mountains, and jumping out of a fantastically gaudy white stretch Hummer limo. It’s a hilarious situation—maybe not so much for the poor souls of Sacramento’s Citizen Hotel and its stellar Grange Restaurant, who were probably expecting a more environmentally-friendly vehicle to show up for their “Farm to Fork” tour (there was an unfortunate mix-up at the car rental place)—but it sure was to me. After a jaunt around the farm, which included sampling some robust strawberries right out of the ground, we sat down to a picnic lunch complimented by an outdoorsy take on a martini, mingling blanched pea pods with gin, Dolin blanc vermouth, and lemon juice. Shaken and strained and topped with soda and a pea pod for garnish, the cocktail is like a boozehound’s way to be one with nature. Opt to save it for later and it easily pours into bottles and travels unharmed to, say, a picnic on a sustainable farm. Or, as I found out later on the ride home, in a fantastically gaudy white stretch Hummer limo.

See the recipe for Two Snaps »