Making Pasta e Fagioli: One of Italy’s Most Beloved Bowls

Despite a reputation for being one of the simplest Italian dishes, pasta e fagioli actually has a depth of flavor, story, and inspiring regional variations 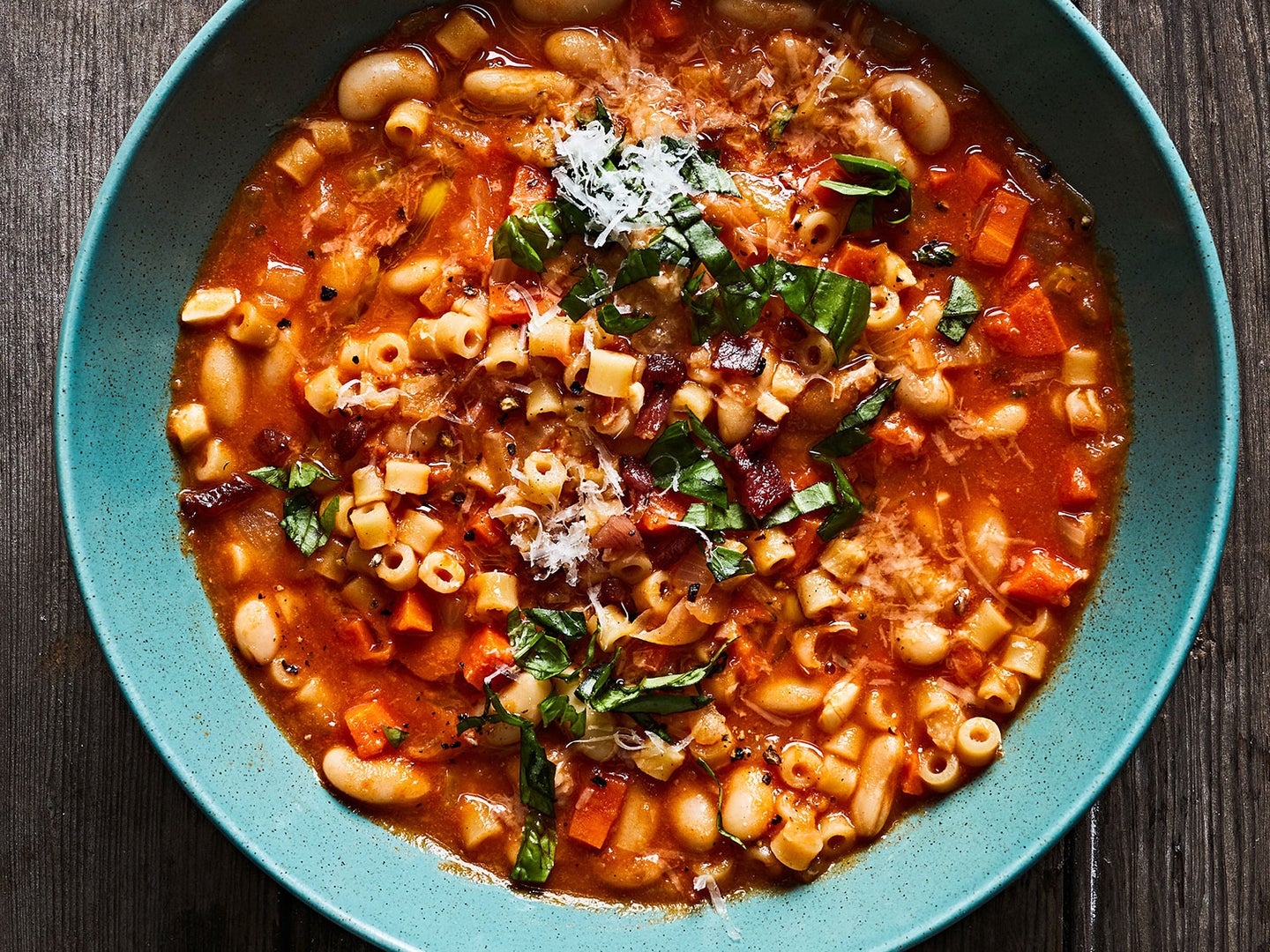 While you might think of tomatoes or basil or zucchini first, in many parts of Italy from Tuscany to Sicily, one of the most signature items to pick up at the market is a sack of colorful fresh or dried beans. “As enduring as the Italian landscape, fagioli—in all their different shapes, colors, and sizes—have been a cornerstone of the cuisine of Italy for thousands of years.” So writes Judith Barrett in her genius albeit out-of-print cookbook published in 2004 called Fagioli: The Bean Cuisine of Italy, a collection of legume-based dishes from all over the country.

“Long before beans became an essential ingredient of the cooking of the Roman Empire, they provided sustenance and sustainable agriculture to the ancient civilizations that inhabited the Italian peninsula,” she writes. While history shows that the Romans embraced a wide variety of beans, using them both in myriad dishes as well as in cultural rituals (they were said to represent regeneration), legumes fell in and out of favor over the centuries. “The final blow came during the Renaissance of the 1400s, when Catherine de’ Medici attempted to refine Italian cooking along the lines of royal French cuisine,” Barrett writes. Beans of all varieties came to be regarded as peasant fare. They were disdained as ‘the meat of the poor.’ Today, beans are again used all over the country’s cooking, simmered into soups and pastas; served with pork sausages or sliced pork loin, beef, seafood, and game; teamed with rice and other grains; and eaten as an antipasti or side dish with good olive oil, aromatics, and cheeses. And they are grown widely in the mountains of northern Italy, across the Veneto, and in Puglia.