This Communal Meal Is How Korean Farmers Get Through the Day

Saecham, the traditional midday meal for Korean growers, is inspiring one California chef to make the ritual his own 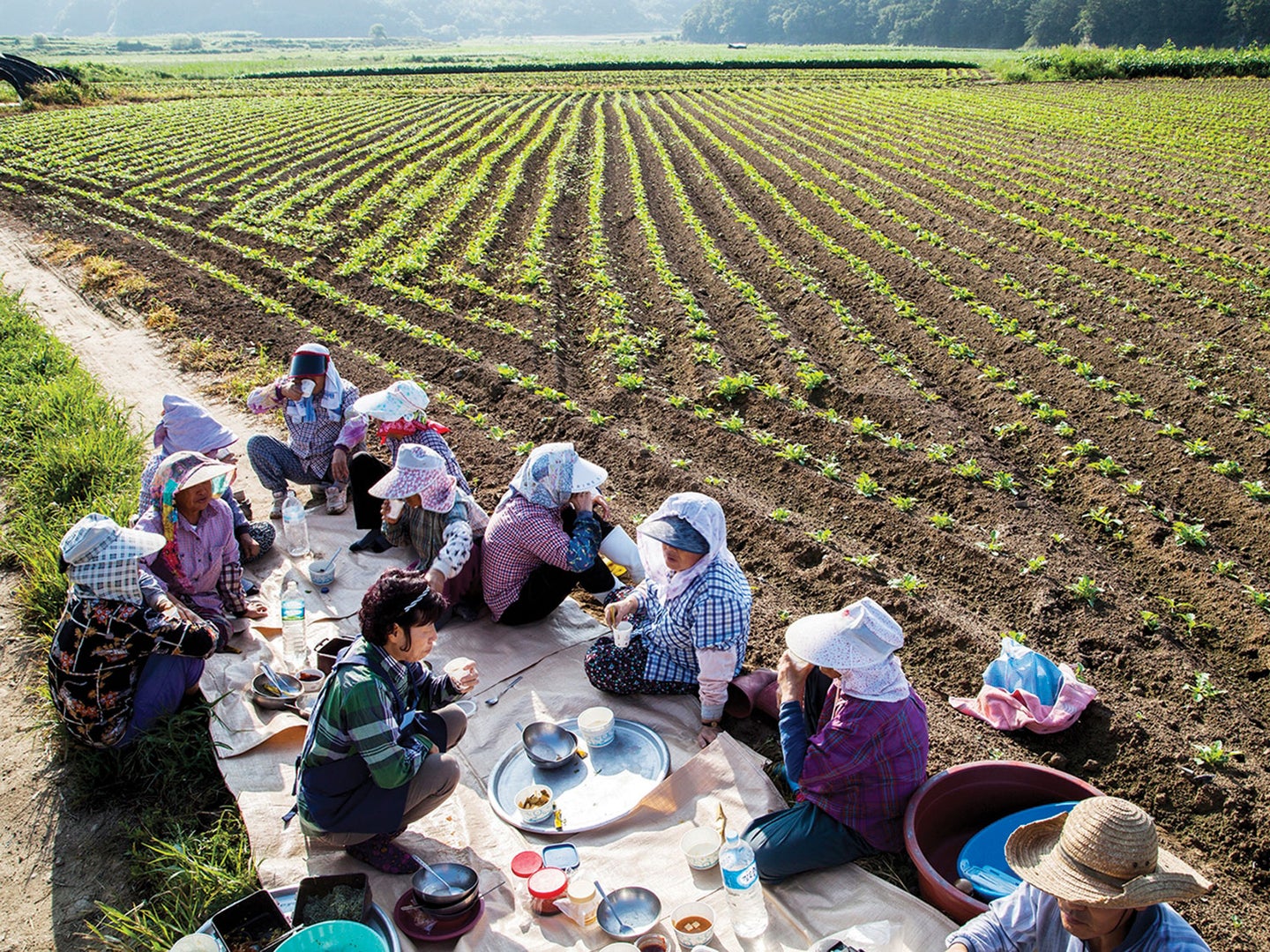 In a watercolor painting titled simply Saecham, 18th-century Korean artist Kim Hongdo portrays shirtless men seated on the ground, sinking chopsticks into huge bowls of rice and tipping back cups of makkoli, a fermented, lightly effervescent rice drink with the alcohol content of beer. Though modernization has made the practice scarcer today, similar scenes still play out in parts of the Korean countryside. Literally translated as “in-between break,” the communal meal known as saecham brings farmers together for quick but hearty sustenance in the midmorning and late afternoon. Chef Michael Kim of Maum—a 16-seat tasting-menu restaurant in Palo Alto, California—wants to introduce this daily ritual to an American audience.

“I’d seen it on Korean TV but didn’t really know what it was until I experienced it at my grandma’s farm,” says the Los Angeles–born chef, whose late grandmother lived in Icheon, about an hour outside Seoul. “Saecham literally gets you through the day.”

Kim’s family had a half-acre lot where they grew cabbages, radishes, and herbs. This is where, five years ago, Kim discovered saecham, a meal that can take as many forms as there are farmers. His grandmother would send her American grandson to pick lettuce and perilla from the fields. Then, in her wondumak, a gazebo made of wood and straw and built in the middle of the field, she served ssam, pieces of meat wrapped in the edible leaves.

“It was amazing to have a direct connection to our family farm,” Kim says, “to pick vegetables straight from the land and to eat them with family after you’ve been working all morning.”

Saecham has no orthodox rules, except that everything is shared family-style, and is largely seasonal. One morning, a farmer’s family might bring out a pot of steamed rice noodles smothered in nutrient-rich soy powder; the next day, they might boil anchovy broth to be poured over wheat noodles and garnished with strips of fried egg, seaweed, and zucchini. Or there could be sweet potatoes, simply steamed and served in a wicker basket. The only determining factor, it seems, is that the meal be nutritious, fortifying, and made from ingredients plucked from the very earth the diner is sitting on. 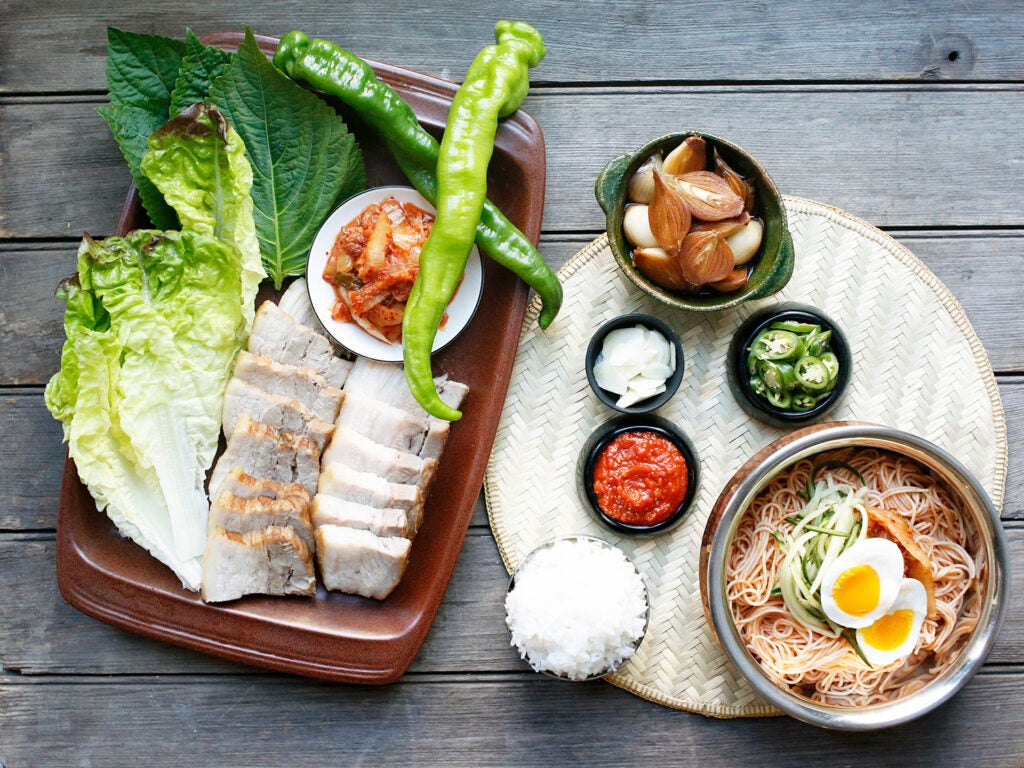 Chef Kim wants to adapt this ritual by taking his staff to Luna Vez Farm, a small plot just south of Palo Alto that supplies produce exclusively to his restaurant. There, he will send out his kitchen family to pluck the lamb’s tongue lettuce, red sorrel, and purple mustard for their own saecham. Unlike at his restaurant, where each course arrives carefully calibrated, he will cover the long table all at once with whatever he happens to prepare that day—just as his grandmother did.