You will keep coming back to our best gumbo recipe: a vegetable-heavy Creole version with chicken and andouille sausage. 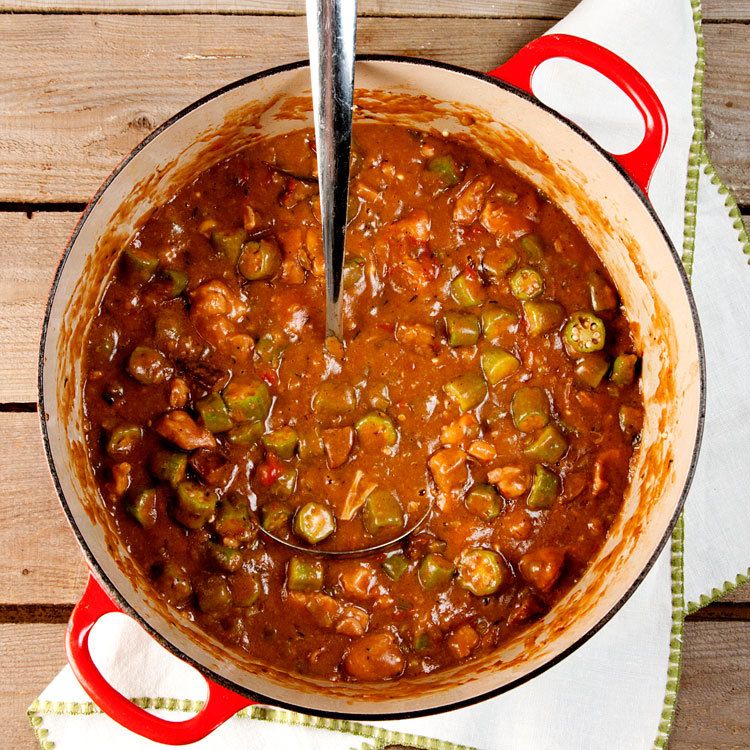 During cooking, okra exudes a thick liquid that gives this hearty Cajun stew a sumptuous, silky texture; a little filé powder, made from dried sassafras leaves, further thickens and enriches it. But the backbone of this gumbo, and the source of its smoky flavor, is the roux made by toasting flour in hot oil until it is a deep red-brown. Get the recipe for Chicken and Sausage Gumbo ». Maxime Iattoni
SHARE

While opinions abound as to which of our classic gumbo recipes is the best, we keep coming back to this popular chicken and sausage version. In fact, this iconic Louisiana stew appeared in our collection of 150 Classic Recipes, which ran in Saveur’s 150th issue in 2014.

The addition of tomatoes and okra suggests that this gumbo is Creole, though andouille sausage is more often associated with Cajun cooking. Don’t sweat the provenance this time and just trust us that this is one of our very best.

During cooking, okra exudes a mucilaginous liquid that lends soups and stews a sumptuous, silky texture, but the backbone of this chicken and sausage gumbo is its roux, which is made by toasting flour in hot oil until it turns a deep red-brown. The roux both thickens the broth and adds a nutty flavor that compliments the smoky pork sausage. A little filé powder (made from dried sassafras leaves) incorporated at the end further enriches the dish and provides a faintly peppery, grassy bite.