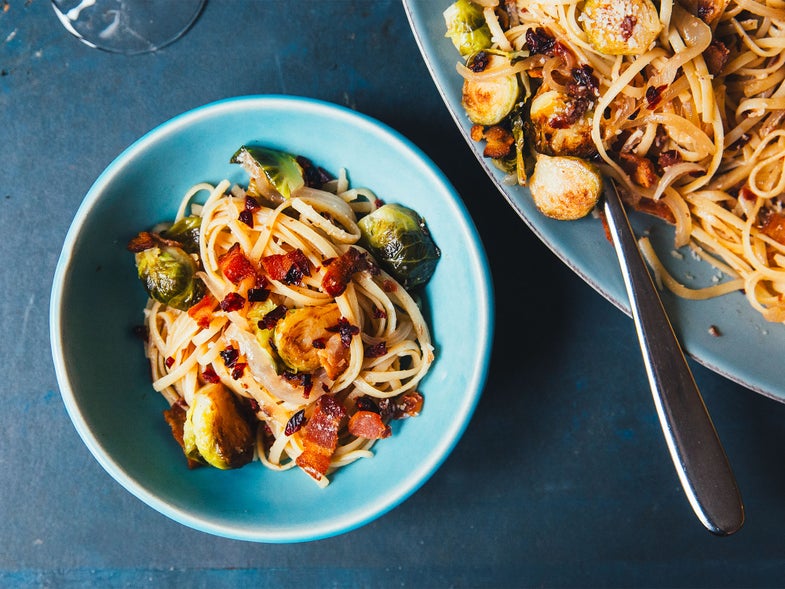 This multifaceted pasta draws on the very best flavors of autumn and winter. Inspired by a recipe that appeared on the blog Blue Kitchen, the tang of crisp-tender brussels sprouts are offset by sweet-sour cranberries, with a tangy vermouth-based broth adding yet another dimension of flavor.