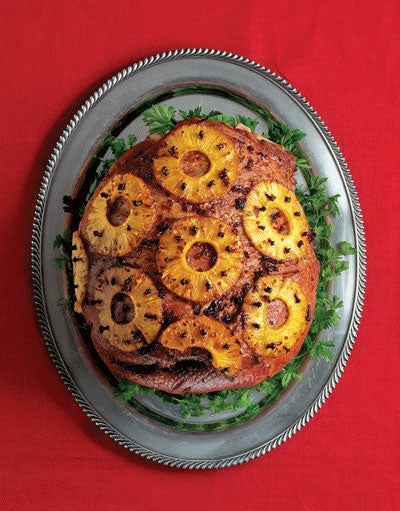 The New York City-based cookbook author Zarela Martinez gave us the recipe for this smoky, Coca-Cola-glazed ham (see “The Wonders of Ham” in SAVEUR’s December 2009 issue). To cut slices of fresh pineapple into perfect circles, use a 3″ round cookie cutter to trim the outer edges of the slices and a 1″ round one to cut out the center.