The darling of the stone fruit universe gets the sweet-and-savory treatment in Mark Bitterman's simple summer dessert. 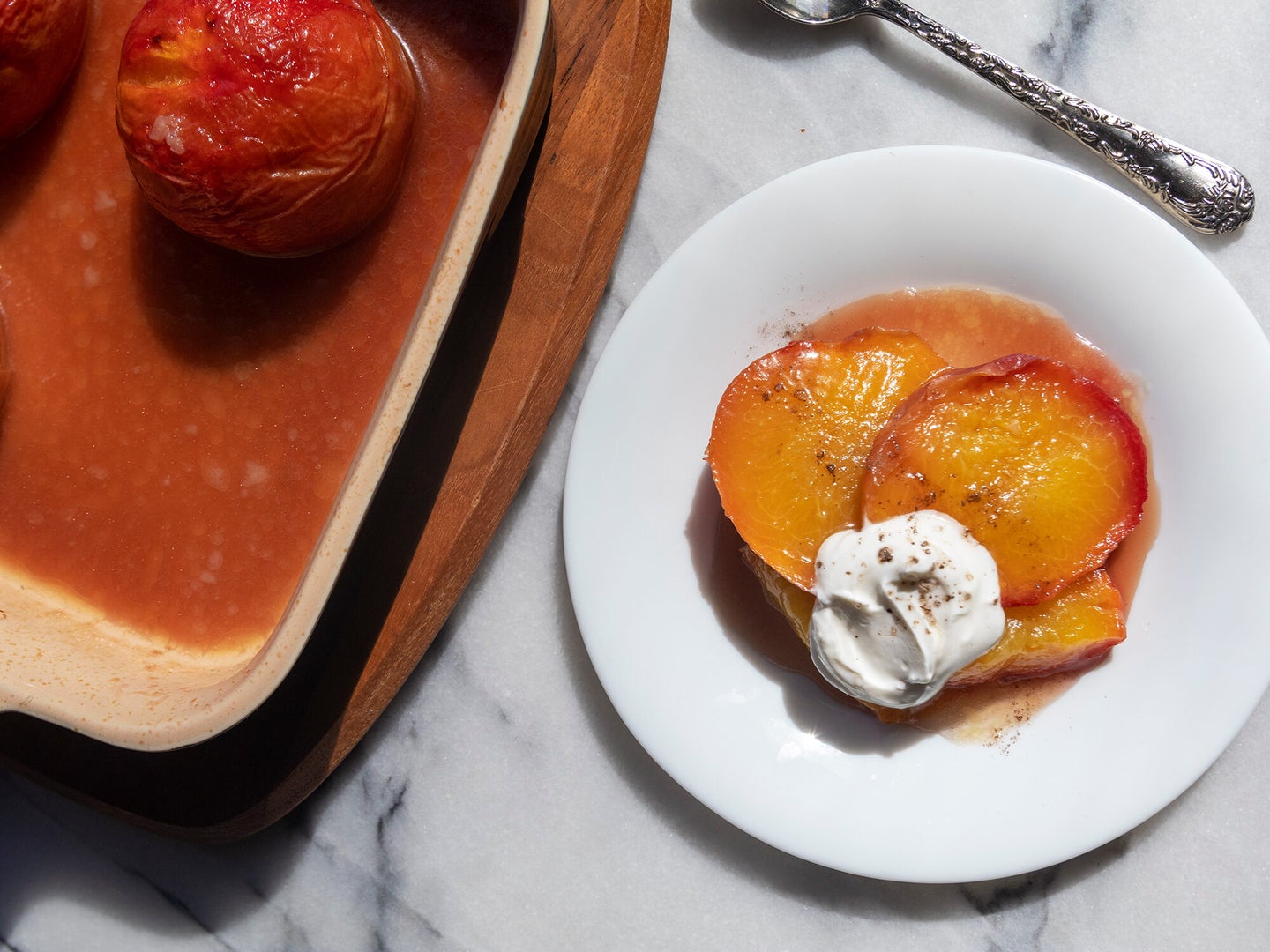 In his cookbook Salted, Mark Bitterman writes of these roasted peaches: “Your first bite will expand the boundaries of sensation separating your mouth from the rest of your body, and you’ll be feeling spiciness in the warmth of your hands and smokiness in the tingling of your toes. And by the third bite your mind will have moved on to peel the black backing off the edge of the universe, filling the unending space beyond with your pounding heart.”