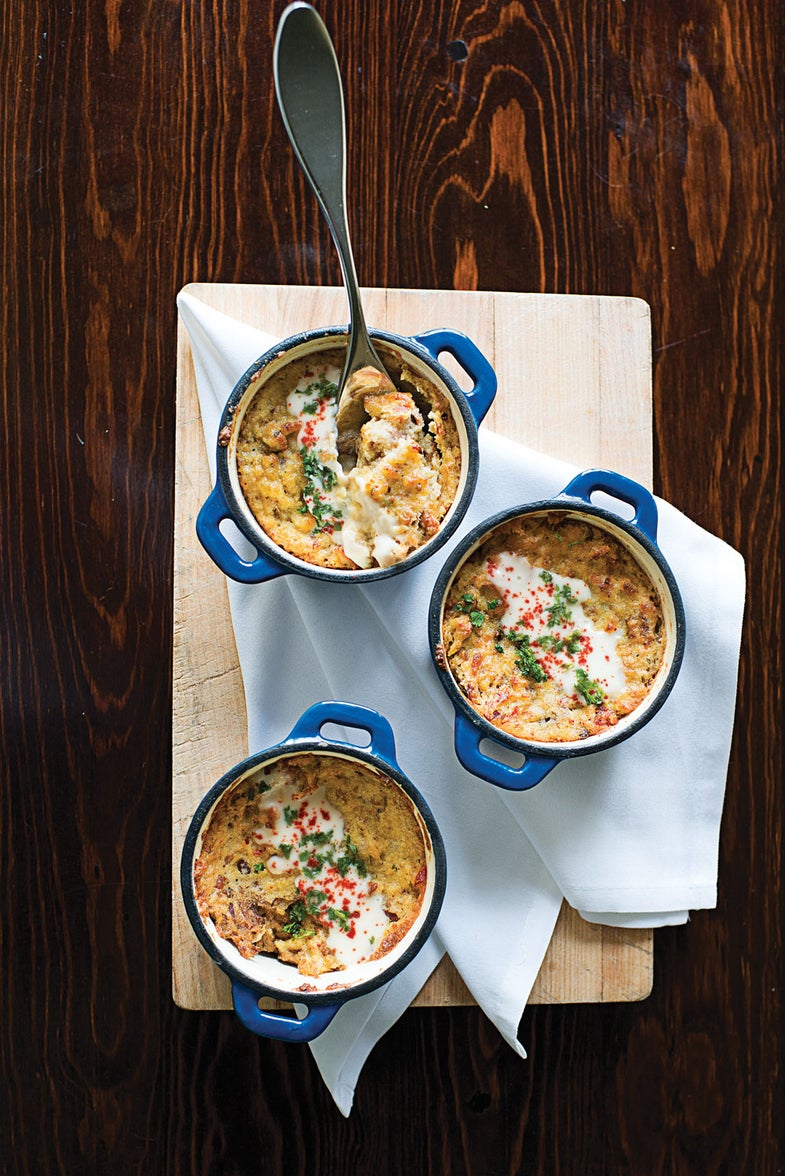 OKLAHOMA RISING At first glance, Oklahoma City's Ludivine appears to serve the type of familiar rib-sticking French bistro fare that sends diners all over America into food-induced comas: split beef bones with molten marrow and tomato jam; a croque tartine, a monster of a sandwich heavy with ham, bechamel sauce, and bubbling cheese, topped with a fried egg. But the side salad for that croque is made with foraged dock and chickweed, which lend a refreshing bittersweet crunch. It's just one hint that this place is more complex than you might think. Jonathon Stranger and Russ Parsons, the young chefs and co-owners of Ludivine, are both Oklahoma City natives who left home to work under top chefs like Jean-Georges Vongerichten and David Burke. Pulled back by a desire to engage with the agricultural heritage of their hometown, they returned and opened this restaurant in 2010. Their cooking showcases Oklahoma sourcing at its best, from farm-raised Mangalitsa pork and bison to the same native plants that sustained the Choctaw tribe, the area's first settlers. Keep reading Oklahoma Rising ». James Roper
SHARE

Italian sausage and creamy Camembert cheese transform simple cornmeal spoon pudding into a rich side dish in this recipe from Ludivine restaurant in Oklahoma City. This recipe first appeared in our August/September 2013 Heartland issue with the story Oklahoma Rising.