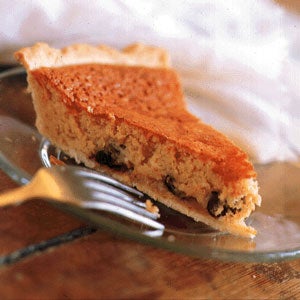 This sweet, custardlike pie is a traditional southern dessert created by farming folks who used what ingredients they had available. “People in the country just seem to make things like this up,” says Memphis local Beneva Mayweather who was kind enough to share her family recipe with us.