A sweet treat from Nuremberg makes its mark in America 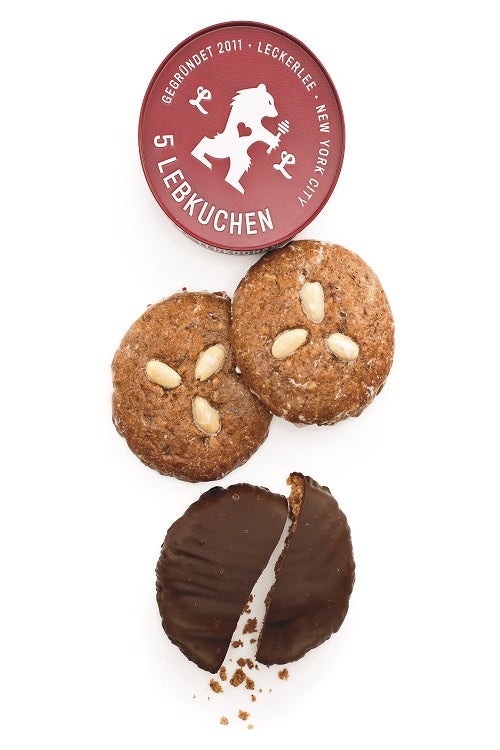 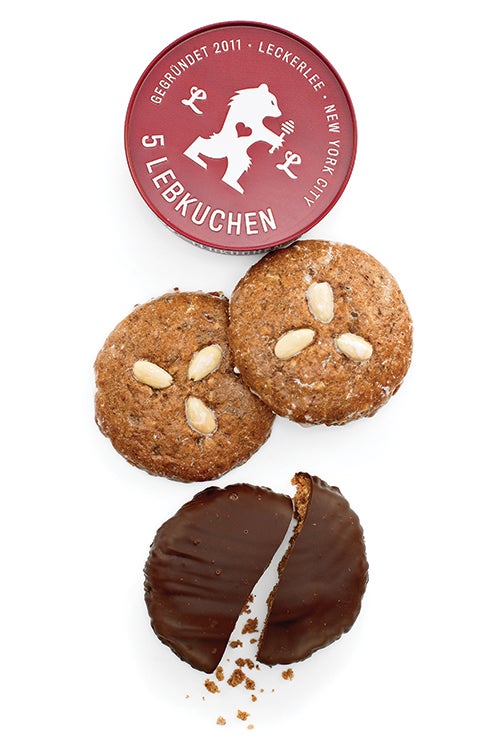 Around Christmastime, my German-born husband, Michael, starts longing for lebkuchen. Richly spiced, with hints of clove and cinnamon, citrus and honey, this complex gingerbread cookie is native to Nuremberg but sold in decorative tins at bakeries and Christmas markets throughout Germany during the holidays. Coated in a sugar glaze or dipped in dark chocolate, classic lebkuchen are a seasonal treat worth pining for.

We had encountered commercially produced lebkuchen in the States, but they never lived up to Michael’s expectations. So last year, when we learned a pop-up lebkuchen bakery called Leckerlee had opened near our home in Manhattan, hoping for the best, we rushed over. I watched Michael take his first bite, assessing the spice blend, tender crumb, and fragrant aroma before devouring the chewy round and pronouncing it “the real thing.”

Our discovery of authentic lebkuchen so close to home was all the more remarkable when we learned about the young proprietress, Sandy Lee. A former finance worker, Lee knew nothing about lebkuchen, or baking for that matter, before moving to Berlin in 2009 to plot her next career move. When she laid eyes on her first lebkuchen, she thought it was an ordinary cookie, but then she tasted it. “There was something unfamiliar about the cakey texture; it was like gingerbread but nuttier, with hints of citrus,” she told me. “I was hooked.”

Determined to find a recipe to bring back to the States, Lee traveled to Nuremberg where she approached every bakery in town for an apprenticeship. Notorious for guarding their recipes, they ignored her requests. Lee soldiered on, researching century-old lebkuchen guild texts and painstakingly translating the recipes from old German script using a German-English dictionary. The cookie, it turns out, was first made in medieval times by Franconian monks, who used unleavened communion wafers as a base so the dough wouldn’t stick to the pan.

Lee’s lebkuchen are made with oblaten, German flour-and-water wafers, which are topped with a sugary dough loaded with almonds, hazelnuts, honey, candied citron and orange peel, and nine different spices, including cardamom, cinnamon, and cloves. At Leckerlee, whose name is a pun on Lee’s own and the German word leckerle (delicious little treat), a box of three lebkuchen in classic, chocolate, or mixed costs $14, while a decorative tin of five is $30. For more information, visit leckerlee.com.