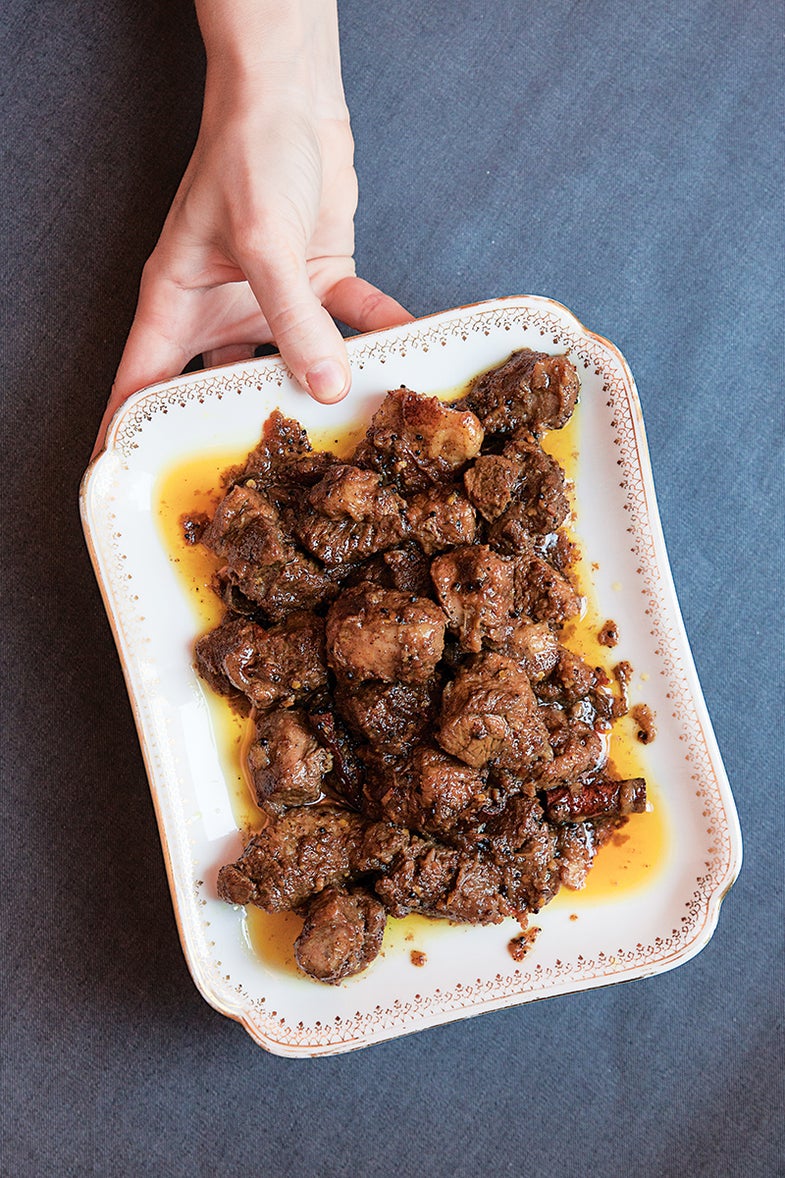 The word vindaloo is a garbled pronunciation of the popular Portuguese dish carne de vinha d’alhos (meat marinated in wine-vinegar and garlic), which made its way to India in the 15th century along with Portuguese explorers. In Goa the dish was tweaked, incorporating chiles, tamarind, black pepper, cinnamon, and cardamom. When it was exported to England, it became another hot curry, losing its vinegar tang and spice complexity, but this version stays close to the Goan original. It first appeared in our August/September 2014 special India issue with Lizzie Collingham’s story Fired Up.