How the Victorian Obsession for Order Created the Humble Sugar Cube 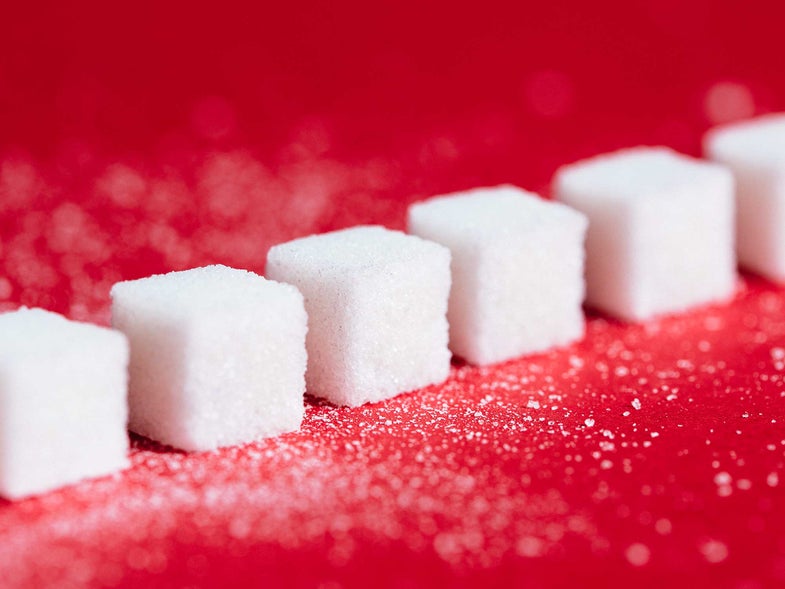 In 1840, sweetening your tea was a complicated affair. To the cone-shaped loaf of refined sugar you’d bought from your grocer, you’d take a sugar nipper—a pair of sharp-edged cast-iron pincers—to twist off a fist-sized chunk. If you were cooking, you’d then shave it down into powder, but for beverages, it was much easier—if not tidier—to simply dunk the chunk in your drink, let it dissolve to your taste, then fish it out and let dry for the next cup of tea.

In Moravia, then part of the Austrian empire, now the easternmost portion of the Czech Republic, Jakub Kryštof Rad’s wife wasn’t happy with the sticky status quo. After one too many nipper-related injuries, or so the story goes, she put Rad, the Swiss-born director of a beet sugar refinery in Dačice, on the case for a single-serve sugar solution. Rad’s answer, patented in 1843, was the sugar cube.

By grating, wetting, and pressing the loaf sugar into a 400-slot mold, then letting it dry overnight, Rad’s factory was able to turn out perfectly uniform, individually portioned units of sugar. After their resounding success at home, Rad dedicated a corner of his factory’s production floor to his new invention, and with a small staff of women and girls was soon turning out 10 tons of cubes a day, selling them across Europe but primarily to Vienna, whose café culture was hungry for an easier, more hygienic coffee-sweetening option.

This wasn’t the first time sugar’s form had been manipulated for human delight, but it was the most accessible. “Sweet salt,” as it was known during the Crusades, was a novelty brought back to the West from the Holy Land. It had arrived in the Middle East via India, where the first records of sugar refining have been found, dating back to the 5th century CE. Cane cuttings were planted in Venice, which became Europe’s sugar hub until New World explorers discovered the cane-rich Caribbean.

The cube made its British debut in 1875, when Henry Tate, a grocer-turned-sugar magnate (and namesake founder of London’s Tate Gallery), bought the patent for a new cube-making process from a German named Eugen Langen. Matt Taylor-Gross

But refining sugar was a long, hot, time-consuming process—even when produced by slave labor —and its results were costly. To show off their status, Renaissance-era aristocrats commissioned grand sugar sculptures called trionfi, mimicking the massive bronzes of historic and mythic figures that were dominating the art world. Later sugar artists would delight in trompe l’oeil designs; at a Venetian banquet given for Henri III of France in the mid-16th century, every piece of the 1,200-piece table setting was made of sugar, including the tablecloth.

The automation of the sugar extraction process in the early 19th century, as it coincided with the industrialization of the production of a great number of consumer goods, created a consumerist middle class with access to an unprecedented amount of stuff. Over the course of 10 years, from 1845-1854, British sugar consumption increased more than 30 times, 90% of which came from Puerto Rico, Cuba, and other Caribbean countries. By 1900, fully 20% of the calories in the average British diet came from sugar.

The cube made its British debut in 1875, when Henry Tate, a grocer-turned-sugar magnate (and namesake founder of London’s Tate Gallery), bought the patent for a new cube-making process from a German named Eugen Langen. Rather than dealing with rough boulders of sugar, Langen’s process refined the sugar in a centrifuge first, then let it harden into bricks that were sawn into cubes by hand. At that point, refiners across Europe and in the U.S. were racing to come up with the most efficient method of cube-ifying their products; Tate’s was among the most efficient.

But why the cube? With the ability to mold sugar into any shape under the sun, why did everyone settle on such a humdrum form? It’s true that cubes are the ideal shape for industrial production and distribution: modular, stackable, and easily transported. But more importantly, cubes embodied the all-important Victorian values of order and rationality.

Victorian industrialism sought to control the natural world at all costs, and sugar—a gleaming white crystal derived from messy plant matter—was the ultimate proof of that mastery. Sugar marketing of the time highlighted its purity, a delivery method for unadulterated food energy, and the cube was a visual indicator of sugar obeying the laws of science, unlike the hand-hewn cones of loaf sugar or artistically rendered sugar models of the past.

After a steady presence into the mid-20th century fueled by new uses in cocktails and as an early vehicle for the polio vaccine, the sugar cube took a sharp nose dive in the latter half of the century, replaced with paper packets of granulated sugar and myriad sugar substitutes, taking the chemistry-class market to new levels.

But today, we’ve regressed to a curiously pre-industrial state. In any high-end restaurant cocktail service or classically styled cocktail bar, you’ll be presented with uneven lumps of pale brown turbinado or white sugar—never a basic cube.

These new-school lumps look like the jagged results of hard-fought struggles with a pair of sugar nippers, and a Victorian housekeeper would have been horrified at the idea of setting out impure brown sugar for polite company. They’re studiously unrefined in their shape, signaling the things that we now value in our food: nature, authenticity, and the human touch.

The rectilinear sugar cube may be on its way out, but its mission—encapsulating the needs and values of an age in a kernel of sweetness—lives on.