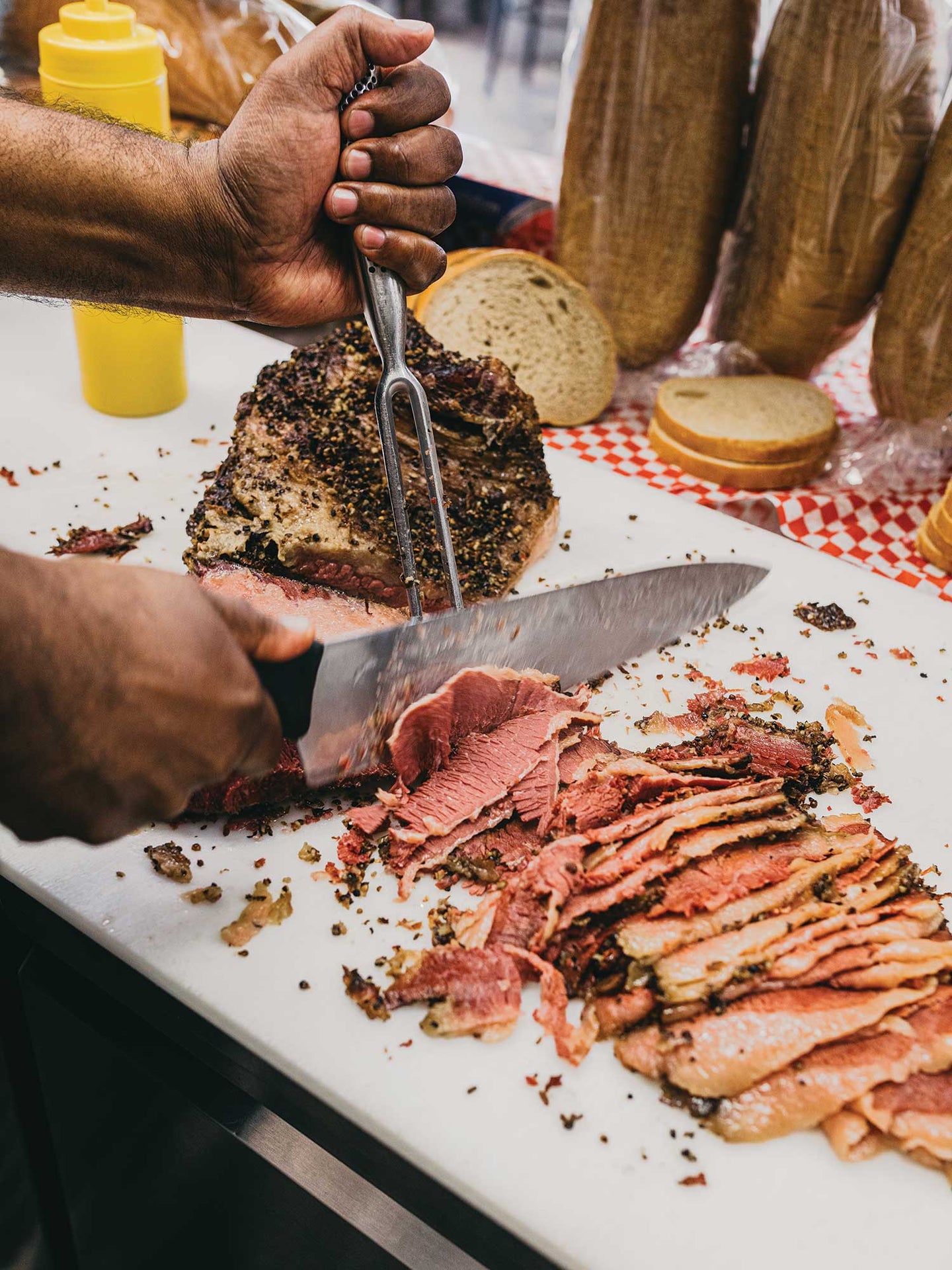 On the corner of an otherwise indistinguishable big-box strip mall in Markham, a suburb of Toronto, you’ll see signs for a Jewish delicatessen. It’s a predominantly Chinese neighborhood, but Sumith Fernando, a Roman Catholic Sri Lankan immigrant, saw an opportunity: The rent was low, and he knew through a previous deli job that the Chinese shared a penchant for fatty cuts of smoked meat. Called Sumilicious, his deli, which is also halal to appeal to the area’s Muslim population, primarily serves Montreal-style smoked-meat sandwiches, for which he laboriously cures and wood-smokes the brisket himself. Why? To this improbable deli man, the answer is obvious: “I love this food.”

When Fernando and his wife, Shalika De Fonseka, immigrated to Canada from Sri Lanka 20 years ago, neither had ever encountered Jewish food before. The mild coconut curries they were accustomed to back home in Ja-Ela, a village outside of Colombo, had little in common with the robust menu of a delicatessen. But a friend from Sri Lanka happened to be working at the famous Schwartz’s in Montreal—one of Canada’s most iconic and oldest Jewish delis—and Fernando took a job there shortly after arriving in the city. He spent 17 years working nearly every job at Schwartz’s, and became obsessed with the peppery, wood-smoked, mile-high meat sandwiches that drew crowds at all hours of the day. “I would see people going crazy when they took that first bite, shaking their head [in awe],” Fernando explains. “I wanted to do something like that.”

Smoked meat, as it’s called in Montreal, is a close cousin to American pastrami, though its spice rub contains little to no sugar and has a more peppery, smoky finish. The curing and smoking process is arduous, long, and takes up precious kitchen real estate. Schwartz’s has been smoking and curing its meat in-house since 1928, but most delis across North America—even other Montreal smoked-meat emporiums—outsource almost the entire operation to companies that often use chemical shortcuts. Some relatively new delis—including Mile End Deli in New York City and Wise Sons Jewish Delicatessen in San Francisco—also prioritize a from-scratch approach, but these are almost always owned by the descendants of Jewish immigrants, who are dedicated to keeping their traditions alive.

Fernando is reluctant to speak poorly of his former employer, but he has made tweaks to the process that he learned at Schwartz’s. (He’s equally reluctant to give up his secrets.) But he does wet-brine his brisket with a proprietary spice blend for at least a week, wood-smoke it overnight, and steam and hand-cut it right before serving. Schwartz’s may have helped originate the concept of the Montreal-style deli, but Fernando says, “I’m happiest when people say, ‘We don’t have to go to Montreal now.’”

Returning customers have asked when more foods might be coming to the menu—Old World classics like knishes, matzo ball soup, and chopped liver. But for the time being, the couple is keeping the menu streamlined, focusing on smoked meat, Fernando’s first Jewish culinary passion and the mainstay of Montreal deli menus.

As it is, he and his wife barely manage to meet the demands of the daily lunch shift, when he also serves his brisket sliced over poutine, made with fresh-cut fries, gravy, and cheese curds. It is Canada, after all.