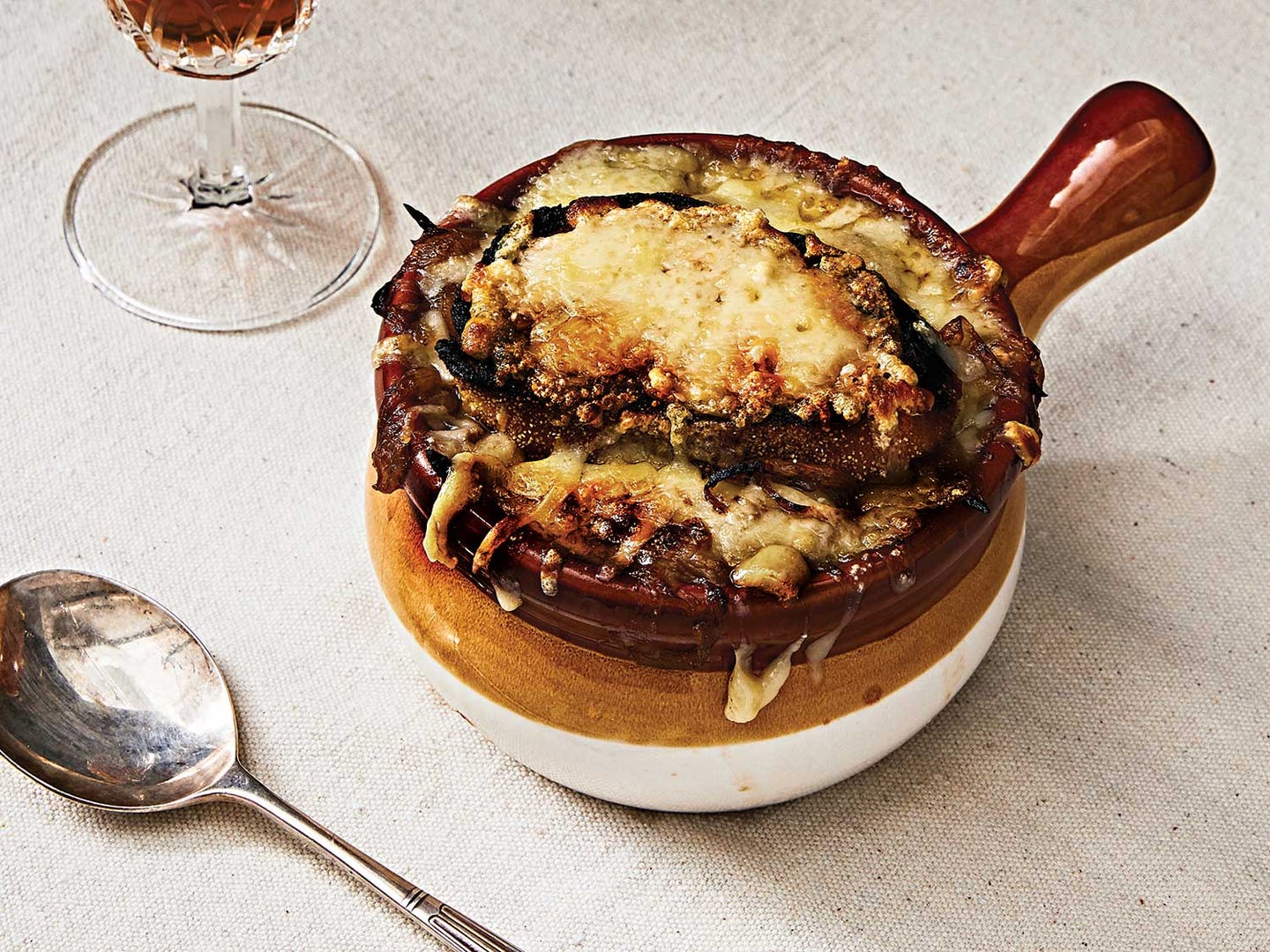 This soul-warming onion soup came from the late, great French chef Michel Roux, who opened London’s Michelin starred Le Gavroche in 1967. His version took a Norman spin on the cheesy classic with a splash of dry cider. Add this and all of our French specialties to your repetoire.

Featured in: “Michel Roux Has the Fastest Way to Make French Onion Soup.”

This classic is all about cider and subtlety
Yield: serves 2 to 4
Time: 1 hour, 10 minutes