The man's name was Ignacio Anaya. His nickname was Nacho. When asked what he called the dish he'd just wiped up, Ignacio replied, "Nacho's especiales." 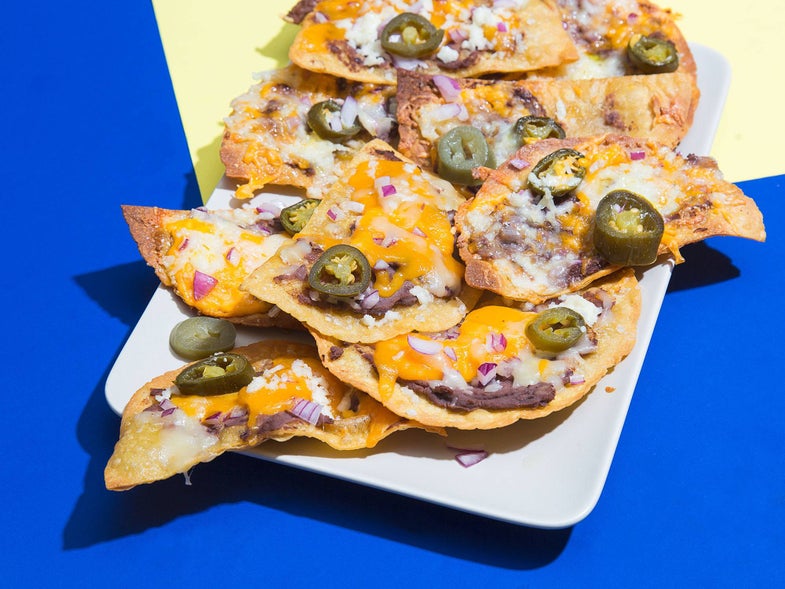 A balance of pickly, salty, cheesy, and crisp, this recipe—

One night in Mexico in 1943, at the Victory Club restaurant in the Mexican border town of Piedras Negras, some U.S. Army wives showed up hungry. The kitchen was already closed, but Ignacio Anaya, the maître d’ that night, was fast on his feet. He ran back to the kitchen and threw together a quick snack: fried tortilla pieces topped with melted cheese and cold, pickled slices of jalapeño. This simple recipe is inspired by his ingenuity. Here’s tip: When deep-frying your own tortillas, look for soft tortillas made with all corn (and no flour) for the crunchiest results.

Featured in: Toward a Theory of Perfect Nachos

A balance of pickly, salty, cheesy, and crisp, this recipe—inspired by the original—proves that simple is preferable when it comes to nachos.