Salt is one of the world’s most basic ingredients, yet there’s a wide and potentially dizzying world of it to discover. Great salt makes everything it touches better, from a sprinkle on a ripe tomato to a generous shake on a bowl of popcorn.

Standard table salt comes from salt mines and is processed to eliminate minerals, whereas sea salt is harvested from evaporated ocean water—obtained by collecting seawater in large clay trays and allowing the sun and wind to evaporate it naturally. It’s an ancient practice; archaeologists have found evidence of salt production from around 8,000 years ago.

Why seek out sea salt? Chefs love its bright, clean flavor, as well as the nuances imparted by the presence of minerals. Because sea salt is minimally processed, it retains trace minerals. “Sea salt contains vital minerals for the human body such as magnesium, calcium and potassium, along with a few other minerals depending on where it is sourced,” says Gísli Grímsson, a salt-maker at Saltverk. “Most sea salts on the market have no additives in them—just a pure product of the ocean.”

Theoretically, all salt caves were once ancient sea beds, but in the current form have turned into rocks often mined on a big industrial scale. Table salt usually contains additives like iodine and an anticaking agent. It generally has a higher sodium content than sea salt, since it’s formulated to consist almost completely of sodium chloride. In contrast, sea salts can vary quite a bit, depending on the area where the water is sourced, their specific mineral content, and the method used to evaporate the water. If table salts deliver a singular flavor note, sea salts bring a rich, multilayered harmony.

Helpful hint: Sea salt usually has larger crystals than table salt, so if you're substituting in a recipe, use 1.5 teaspoons of sea salt for every teaspoon of table salt. You can use sea salt in almost any application; it’s not just for finishing. These are our picks for the best sea salt for any and all kitchen occasions.

Features to Keep in Mind When Shopping for Sea Salt

Fleur de sel (“flower of salt” in French) hails from the coast of Brittany and is considered by many to be the Cadillac of salts, harvested from the top of saltwater ponds as the very top layer starts to crystallize. Sel gris, or gray salt, comes from the same salt pans but from the bottom, giving it a higher mineral content and its gray color. Sea salt can be harvested anywhere, and you might find Celtic, Hawaiian, and other varieties from around the globe.

Many chefs consider flaky sea salt to be a “finishing salt” to use on food just before sending it out from the kitchen (such as a sprinkle on an arugula salad or a chocolate chip cookie), while others use sea salt for a broader array of applications, from seasoning soups to marinating meats. It’s incredibly versatile.

Sea salt is naturally available in different grain sizes, from coarse to fine and everywhere in between. Grímsson advises looking for a “texture that can be easily crushed between the tip of your fingers to allow even distribution of the salt on your plate.”

With a delicate flavor and high concentration of minerals, sea salt tastes especially pure. Because the salt is a natural ingredient harvested around the world, “the flavor profile of salts can be quite different depending on where they come from,” says Grímsson. 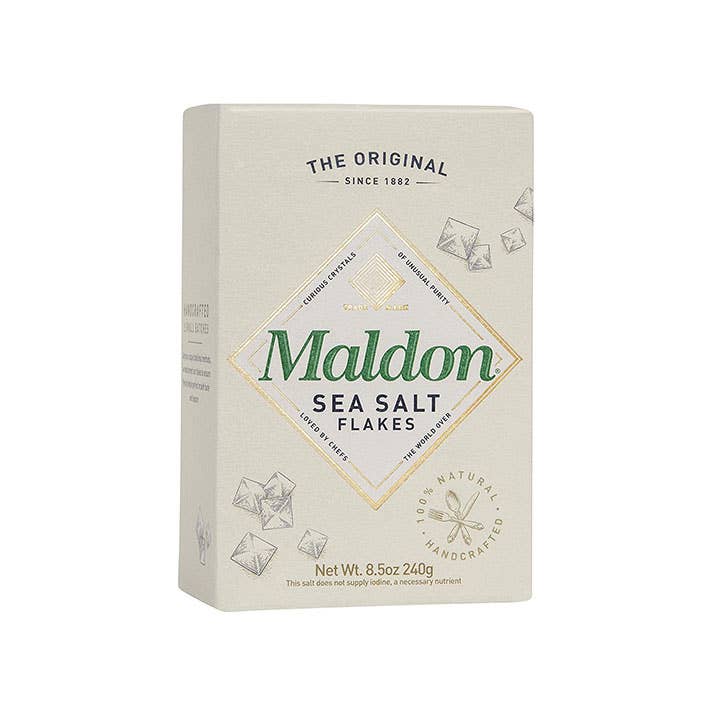 I have a chef friend who doesn’t leave the house without her little tin of Maldon sea salt flakes. Maldon has been harvested in the picturesque English town of the same name since 1882, in the county of Essex on the River Blackwater. It’s still harvested in the same way, drawing salt from seawater using traditional long-handled rakes, then processing it with no artificial additives for flavor that's clean and bright, with zero bitterness. The purity of the water’s trace elements makes this salt more flavorful, so you can use less. Its lovely soft, flaky crystals dissolve easily and add the perfect crunch to steak, scrambled eggs, and shishito peppers. 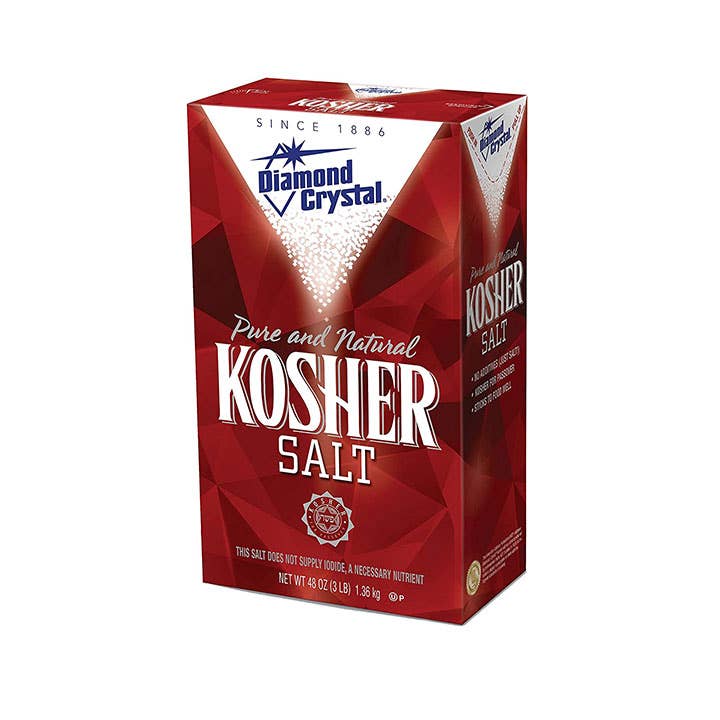 Diamond Crystal kosher salt has a bit of a cult following, and with good reason. Most kosher salts are not sea salt. Diamond Crystal is one of the very few whose light salt flakes are formed naturally, not through granulated salt compaction. The salt’s hollow pyramid-shaped grains create a wonderful lightness. With 53 percent less sodium by volume compared to regular table salt, it brings out the flavor in food with a clean taste. Professionals and home chefs love that it’s a less-salty salt that gives a cook precise control and dissolves quickly and beautifully. 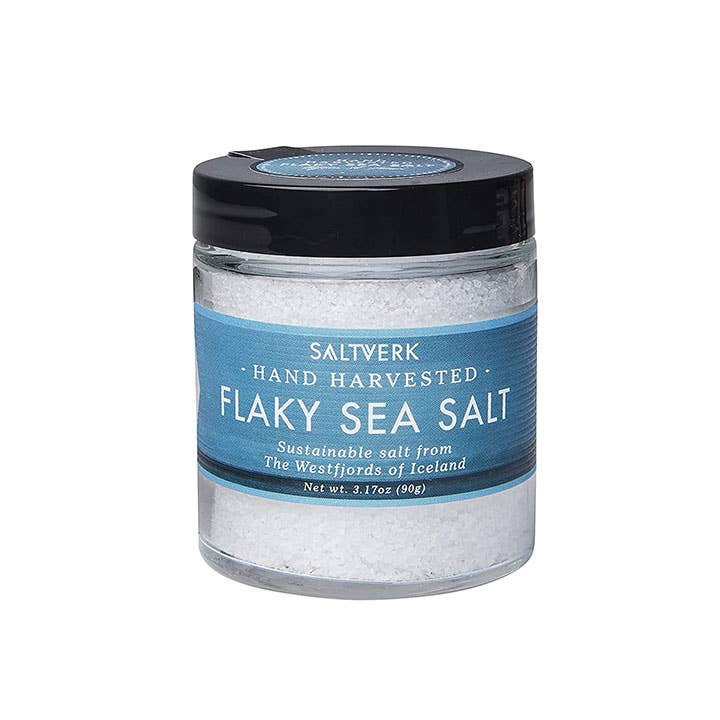 Saltverk flaky sea salt utilizes geothermal energy on the Reykjanes Peninsula in Iceland's Westfjords to slowly distill seawater until sea salt crystals begin to form gorgeous flakes. It’s a sustainable production method, as the geothermal energy is an abundant, natural energy source that leaves no carbon footprint. Saltverk is the 2011 brainchild of engineer Björn Steinar Jónsson, who revived this salt-making technique first used by the Danish king in the 18th century. It makes a crunchy, mineral-fresh salt. Close your eyes and you’re in the stunning icy fjords. Add it to sautéed vegetables, roasted fish, and even vanilla ice cream. 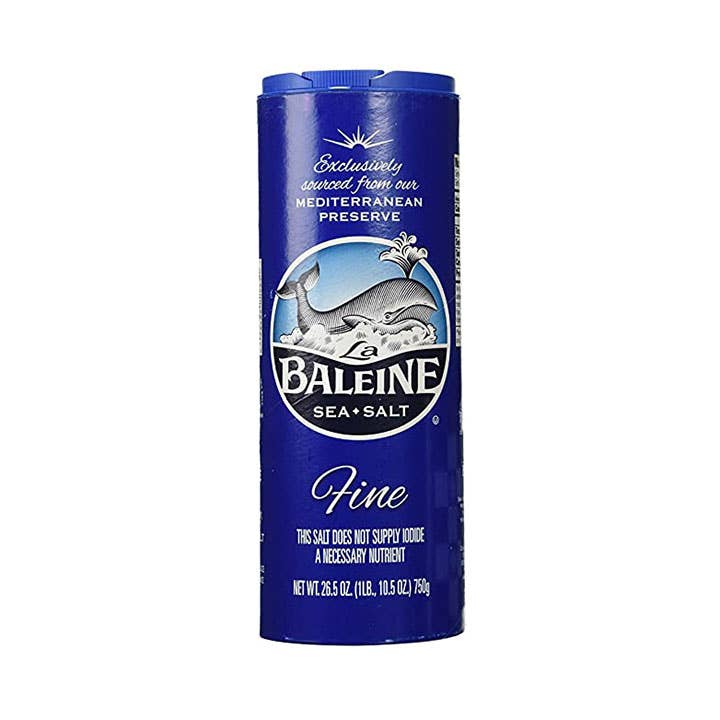 Consistency is essential to baking. Adding salt is not just for seasoning, but also to create the just-right chemistry to let gluten develop or crusts achieve perfect golden brownness. La Baleine French fine sea salt delivers on that consistency, with a clean, straightforward flavor that enhances whatever you’re baking without distracting. It has been made in the Aigues-Mortes saltworks in Camargue, in the South of France, since 1856. You can almost taste the sparkling Mediterranean seawater. 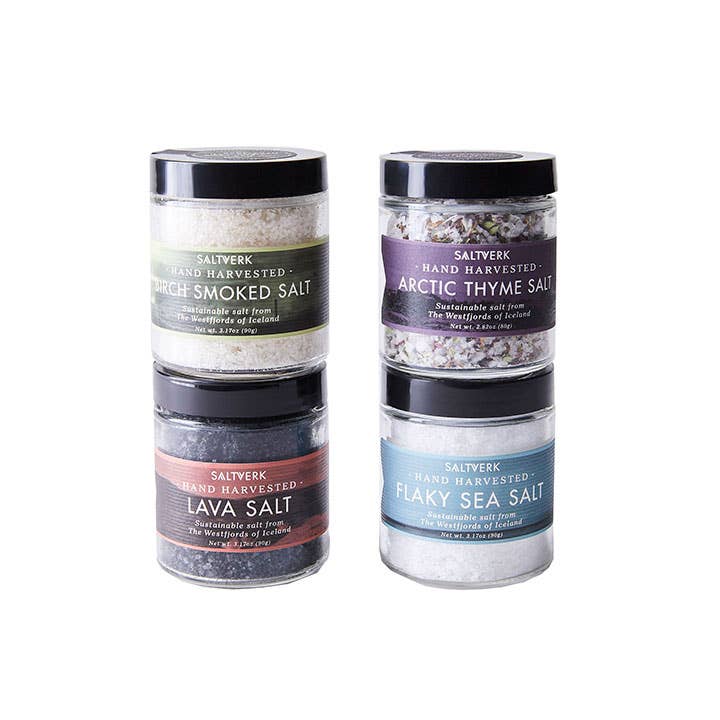 To make smoked salt, some lesser producers take the shortcut of adding liquid smoke flavor, while Saltverk slowly smokes its sea salt over local birch, according to an ancient Icelandic tradition. It also makes a variety of other tasty flavored salts, which can be endlessly fun to play with when making staples like roast veggies, chicken and pork chops. Saltverk’s Arctic thyme salt is floral, fresh and perfect for seasoning lamb chops, short ribs and chicken stew. Its lava salt is sea salt blended with activated charcoal and has a striking deep black color. Saltverk also produces a tangy seaweed salt and subtly sweet licorice salt, which are perfectly balanced and can serve as go-tos in any spice cabinet. 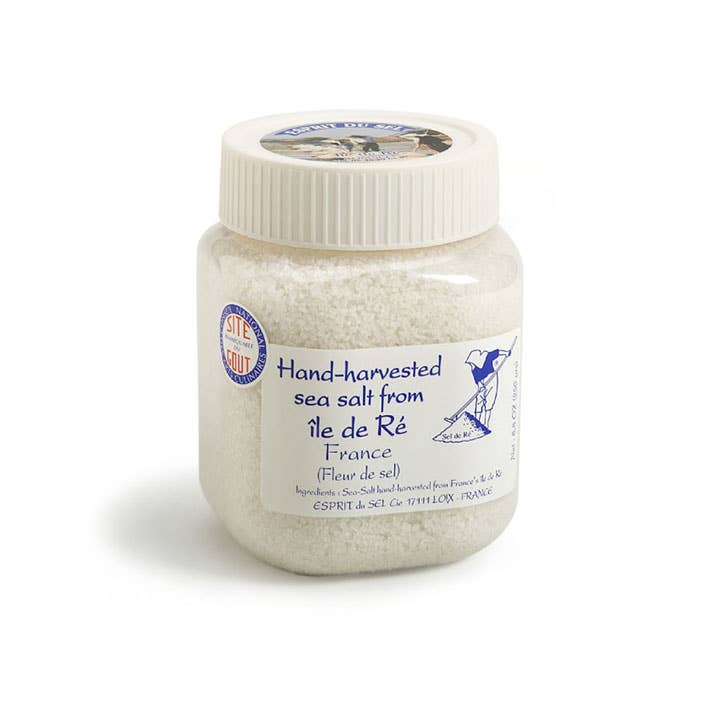 Gathered on the island of Ré, off France's Atlantic coast, since the 7th century, Esprit du Sel is a traditional fleur de sel, the pricy salt that has won the loyal love of chefs for centuries. Its fine, light crystals have a delicate flavor and high concentration of minerals, making it a perfect finishing salt that dissolves nearly instantly when sprinkled onto food. Esprit du Sel is made using traditional methods in which sun and wind evaporate the seawater, leaving crystals that are skimmed by hand from the surface of salt pans, just as it has been done for countless generations. Because of the water’s mineral and salt content, the precise way the seawater collects in shallow pools, and the climate, sea salt from Brittany is unlike anything else in the world. Use this to coat a fancy pretzel or top fish and grilled veggies with a generous sprinkle. 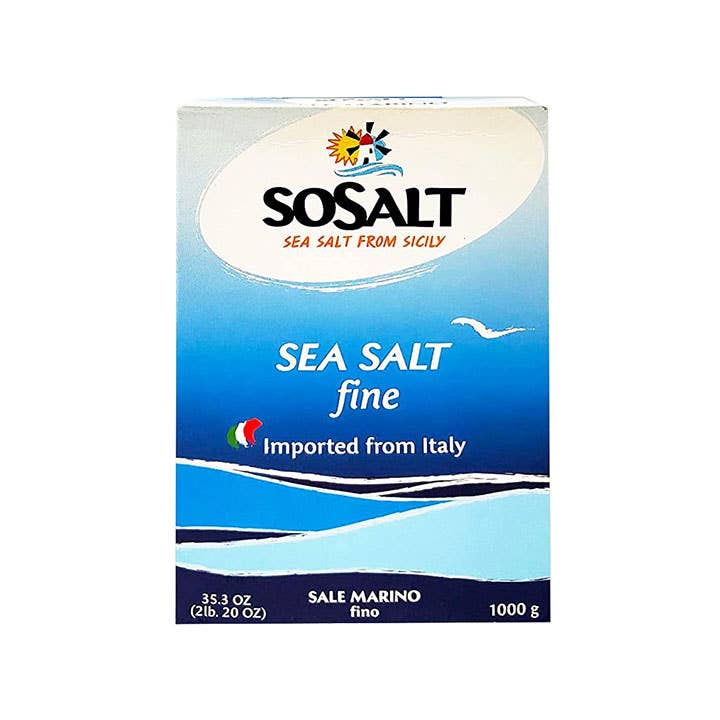 SoSalt sea salt comes from the ancient salt pans of Marsala and Trapani in easternmost Sicily, where crystal waters and bright sun creates a uniquely pure flavor. Rich in the precious trace elements found in seawater, such as magnesium, potassium and iodine, SoSalt is available in both coarse crystals (ideal for salting pasta water and brining) and fine crystals (for seasoning pretty much everything). It’s minimally processed and a favorite of many Italian chefs in Italy and beyond.

Q: What is the difference between sea salt and table salt?

Table salt is the granulated salt you find in most saltshakers, usually mined from underground deposits and often fortified with iodine. Sea salt is produced by the evaporation of sea or ocean water and retains trace minerals that add flavor and sometimes color.

Nope! “Salt is a mineral and does not contain any organic compounds, so sea salt does not expire,” says Grímsson. “Over time, the salt can gather moisture if it’s left open, which may cause it to clot up, but that does not affect the flavor or usability at all.” He suggests redrying it in the oven or microwave if you like.

Q: What are some ways to use sea salt beyond final seasoning?

“We work with loads of different sourdough-makers that prefer to use sea salt to make their bread better,” says Grímsson. “When you have a bread that only consists of four ingredients, why not use the best available ingredients?” From boiling pasta to making caramel (it’s wonderful in any of these caramel recipes), you can use sea salt in nearly every single dish.

Roman philosopher Pliny the Elder wrote, “Heaven knows, a civilized life is impossible without salt.” Two-thousand years later, salt remains at the heart of our kitchens and lives.

Sea salt is a fun ingredient to explore and a great way to splurge without breaking the bank. A little goes a long way, and tender flakes of Maldon or fleur de sel elevate regular morning eggs or nighttime dark chocolate into something truly special. You can use sea salt anywhere you can use table salt, but it really shines at the end of the dish, where it adds salinity, crunch, and satisfaction with one simple pinch.