Softshell blue crabs are the superstars of spring. Here's how to choose and prepare them. 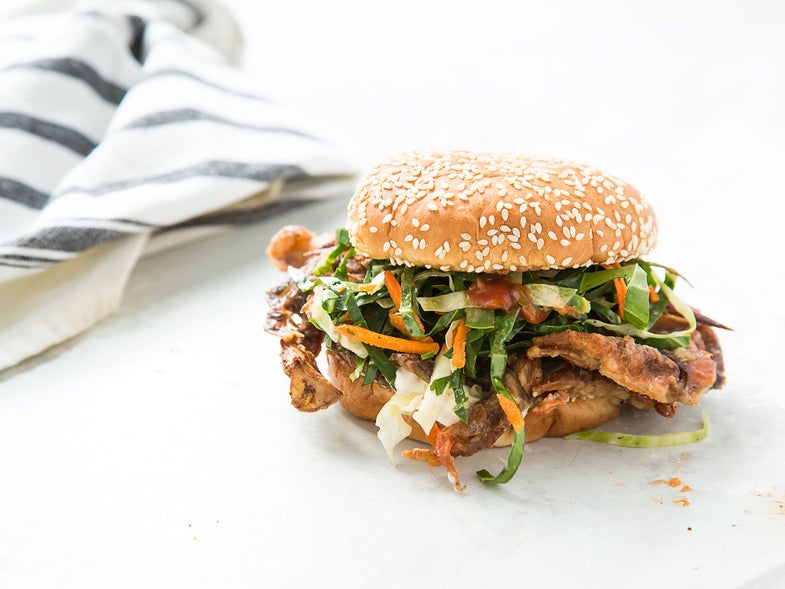 Some folks mark the passing of time with a calendar; I divide my year based on the foods available. In coastal Virginia, where I live, we’ve just gotten through shad roe season, but it’s not quite time for the Sweet Charlie strawberries to ripen to their showy red hue. That means one thing: softshell crabs are coming to market.

Blue crabs can be found all over the East Coast, but they’re particularly revered around the Chesapeake Bay. The story goes in these parts that just after the first full moon in May, the crabs start to shed their hard shells in order to grow a bit bigger for summer. Because they are very vulnerable when their exoskeleton is so thin and malleable, they hide in sea grasses until it hardens up. For that short period of time the crabs are completely edible—and completely delicious.

Most soft crabs these days do not actually come right from the ocean, but rather from peeler pots. Watermen gather the crabs, drop them in these big pots, and watch them around the clock. At the first sign of shedding, they are plucked out of the water to prevent the shell from hardening. It’s then that the crabs make their way to market.

Like many other foods, you can get softshell crabs out of season, usually frozen. Also like many other foods, even if the quality is good, there is still something about enjoying them only for a brief period—like right about now—that makes them all the more satisfying to eat.

A fishmonger may clean the crab for you, but if you pick yours up at a smaller market or roadside stand, you may have to do it yourself. Here’s how it’s done:

Choose wisely: The best soft shell crabs are the ones that are still alive and still moving a bit when you pick them up at the market. They tend to take a beating in transit, so some may have perished; as with so much seafood, your nose is the first—and maybe best—indicator of freshness. Look for an aroma that is clean and salty, like the ocean. Any crabs that have an off odor or ammonia on the nose should be avoided. The crab should be firm and the coloring even and free of mottling or spots.

First, lay the crab down on a cutting board and with a sharp knife or kitchen scissors cut off its face, just behind the eyes and mouth—about a ¼” strip.

Next, lift up the top shell at its corners and remove the gills on each side.

Finally, turn the crab on its back and remove the apron by pulling down on the flap. On male crabs, the apron looks like the Washington Monument; on females it looks like the Liberty Bell. Either way, it’s not edible, so discard it.

See the recipe for Softshell Crab Sandwiches with Collard Slaw »