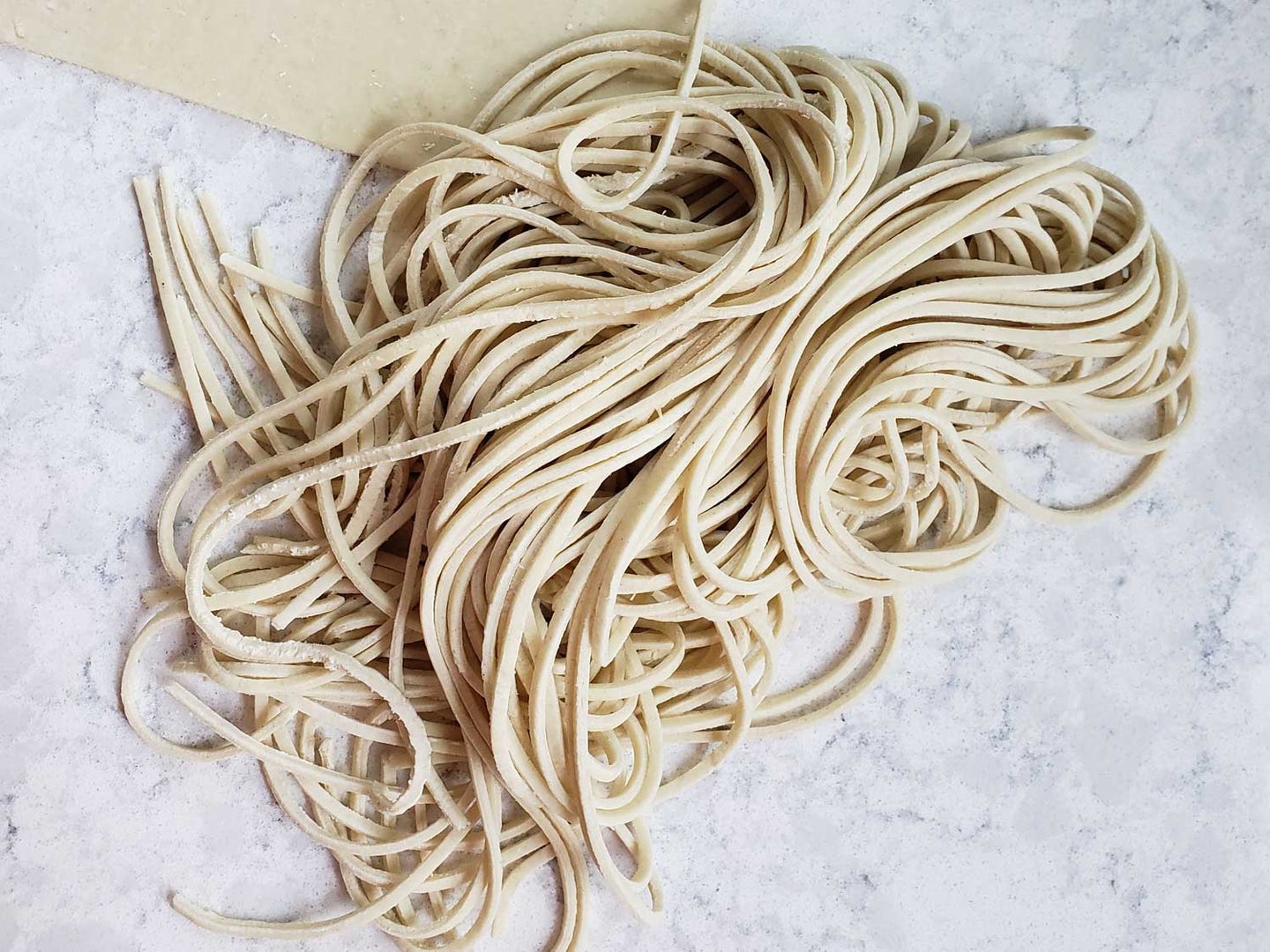 A light dusting of cornstarch prevents homemade noodles from sticking together while resting in the refrigerator. Get the recipe for Handmade Ramen Noodles. Hugh Amano
SHARE

“Noodles—like bread, or golf, or love—aren’t something to learn in one shot.”

This is chef Hugh Amano’s advice as we dive into the process of ramen making. Ramen dough is much drier than eggy pasta dough, requiring both muscle and patience to bring it together. Why? Here’s where things get a little technical: The mix includes high-gluten bread flour combined with a dash of whole wheat, both of which absorb a lot of water. The recipe’s hydration rate (weight of water compared to weight of flour), however, is just 40 percent. And to further strengthen the gluten—and to make this the alkaline noodle that is real ramen—a kicker dose of something called kansui, a mixture of potassium and sodium carbonates, is added. (Tough to find in the U.S., kansui can be mimicked by using baking soda that has been baked at a low temperature for an hour. Use gloves when handling the powder or solution, as the high alkalinity may irritate the skin.) All of this results in, to put it more plainly, difficult dough—but also in chewy noodles that won’t break down in the broth.

Amano’s ramen formula is the result of research at the source. In the fall of 2017, while in Japan working on Let’s Make Ramen!: A Comic Book Cookbook, Amano visited an omakase restaurant called Yukimura at the base of Mt. Fuji to watch Akiyama-san, the chef there, in his daily soba-making ritual. “Akiyama walked me through his very focused process of noodle making—water from here, flour from there—and it hit me how the zen focus of mixing by hand not only served a spiritual purpose, but also a very tangible one. How the flour, water, and ultimately dough should feel is something one doesn’t get when using a machine. It was at that moment that I scrapped the recipe I had written for a standing mixer, and rewrote it to work by hand.”