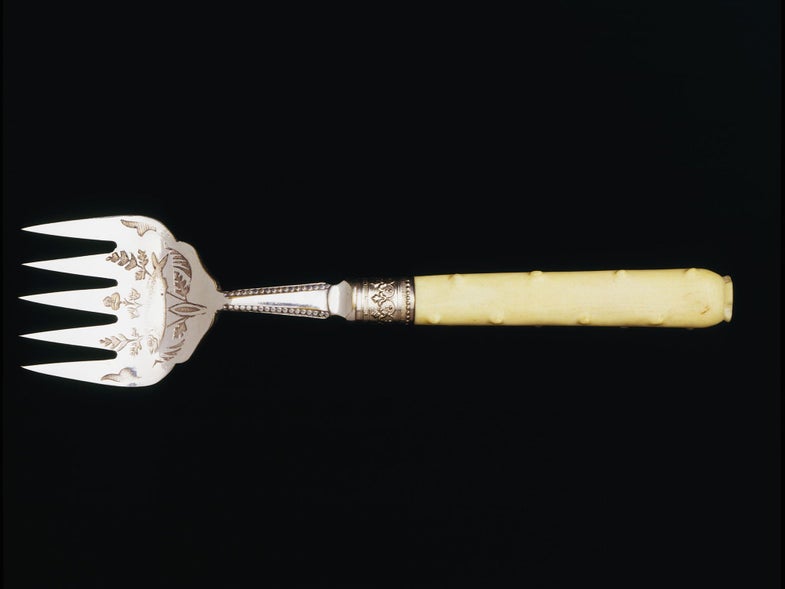 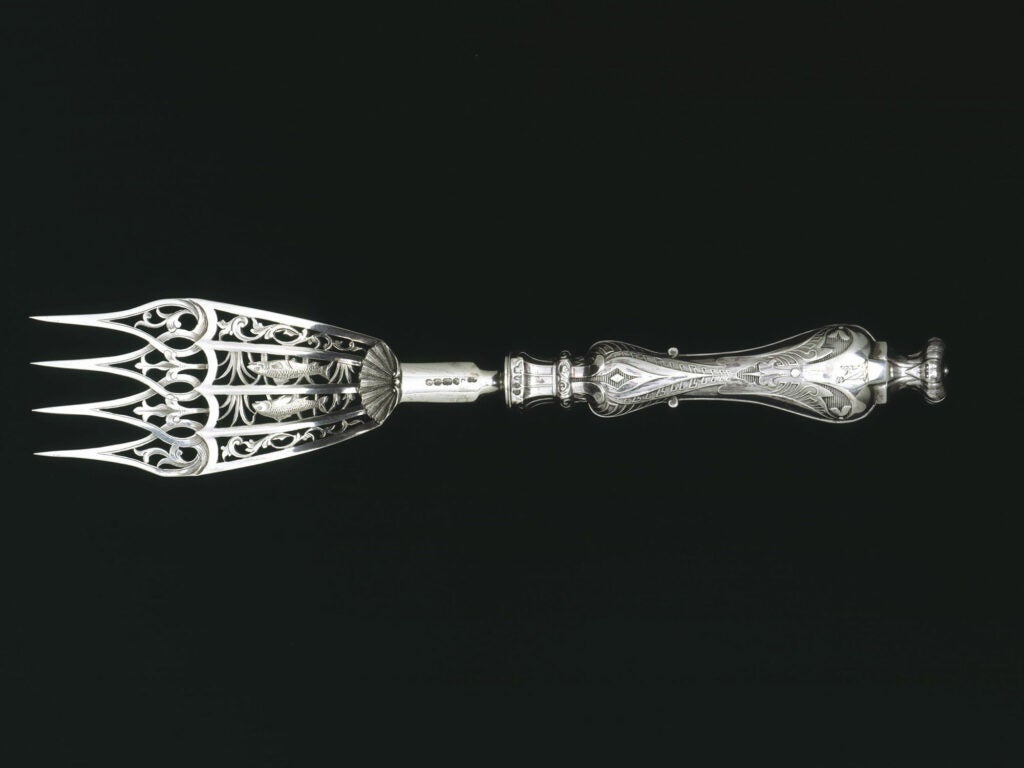 Forks come in all shapes and sizes, and some of them are really strange. Welcome to the Menagerie of Weird Forks.

Specialized designs for flatware exploded in number during the Victorian Era. In a panic to keep up with the latest serveware, aspiring couples accumulated a ridiculous number of pieces of cutlery. It was all a reflection of the culture at the time, which equated abstruse formal dining rules and etiquette with civilized society.

This was especially the case in America, where status wasn’t as set in stone as in Europe. In the younger nation, social standing for the upwardly mobile was far more dependent on displays of wealth and class through, among other things, hosting and attending formal dinner parties. As formal dining evolved, so did the demand for increasingly nuanced (and perhaps absurd) silverware, resulting in giant horizontal tongs for asparagus, tiny yard-rake-like implements for spearing whole sardines, and a hybrid knife-fork for convenience in slicing AND eating pie. 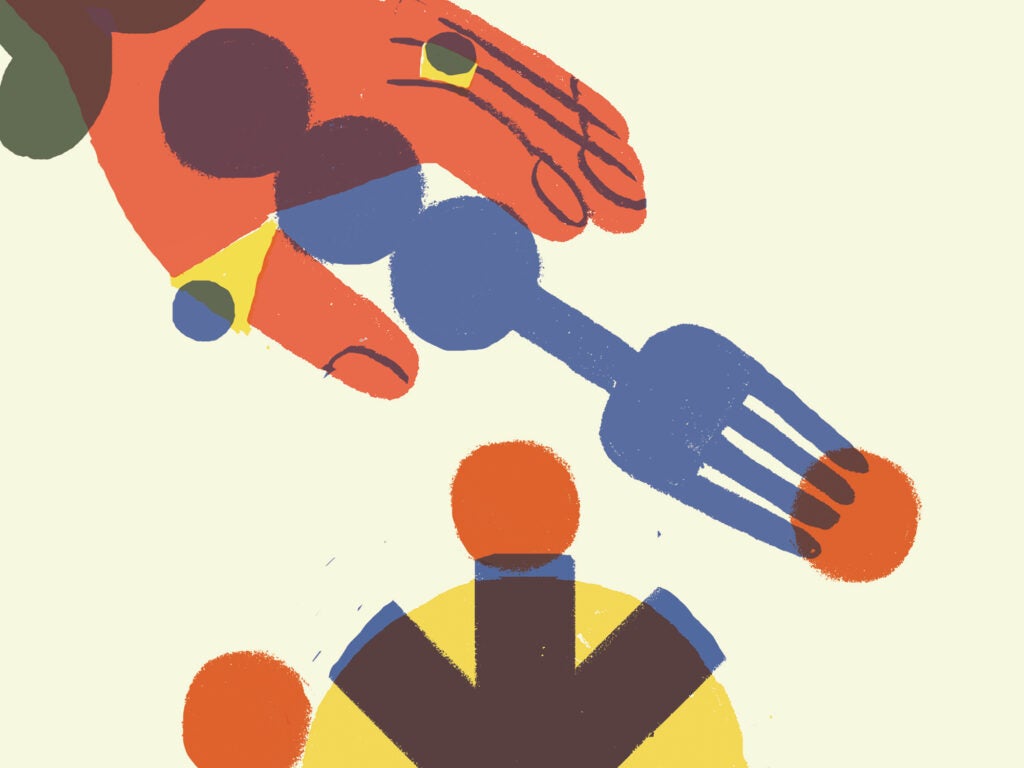 Each tool, of course, came with its own intimidating potential for misuse; the thought that a host’s service may include a piece of flatware unknown to the guest was a source of much anxiety indeed. It was perhaps more important how you ate than what you served. But there’s something quaint and almost delightful about the dedication of a fork entirely to one specific task. A sort of whimsical distaste for practicality in favor of glorifying each motion involved in serving and consuming dinner.

I’ve selected my favorites of such pieces, most of which inspire both a disgust for excess and a love for indulgence in design. 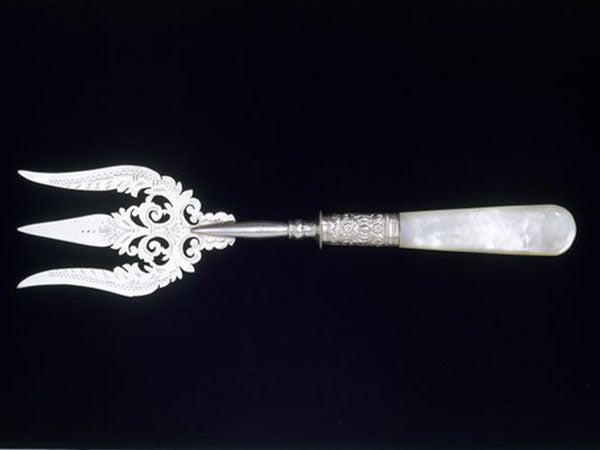 As unnecessary as it may sound, this type of fork was used to spear and serve bread from a bread basket. Victorian rules of etiquette were strict, and handling food with your hands was almost never couth. Bread was an exception, but serving bread was often a different story. While this massive fork seems rather large, it was perfect for the dense, heavy bread of the 1800s. 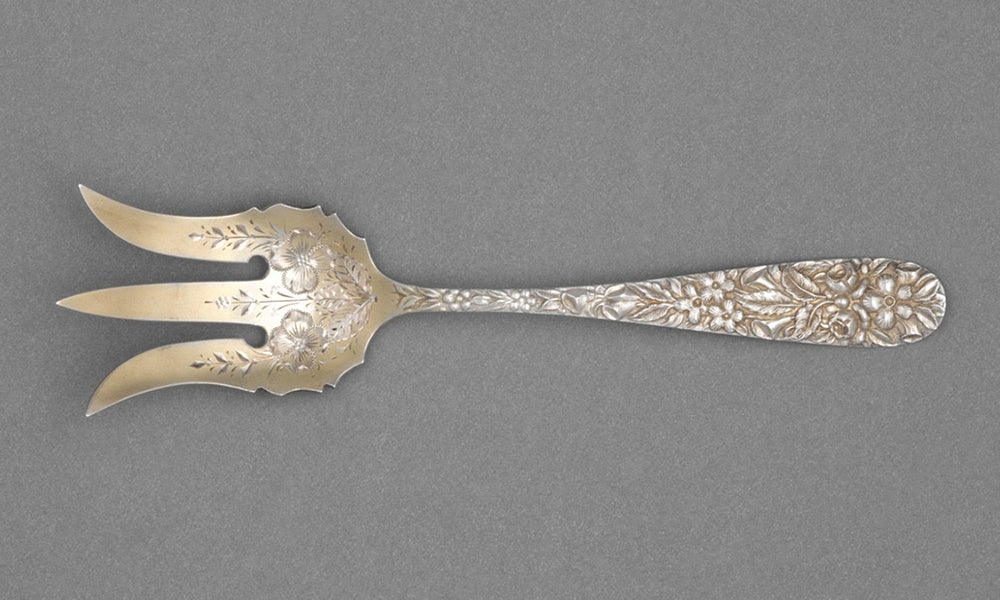 This fork’s splayed tines were designed for spearing and serving salad, particularly individual leaves of lettuce. Guests would then add seasoning to the leaves themselves. 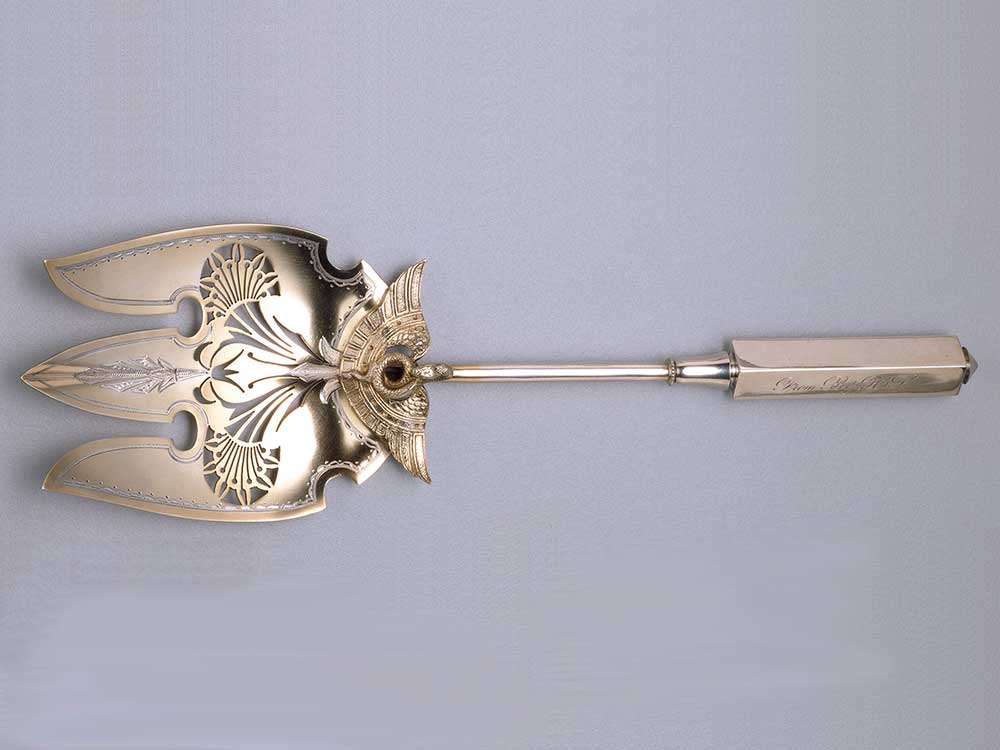 This is another fish serving fork, featuring a remarkably intricate pattern designed by George Wilkinson. Later in the 20th century, elaborate servers like this were criticized for solving a problem that did not exist. Ultimately, they were viewed as an indulgent and fussy vessel for displays of wealth. 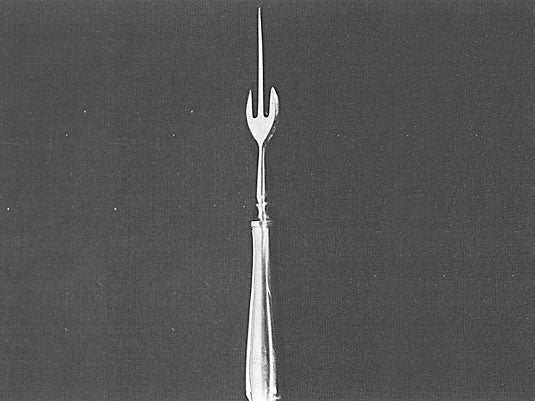 This fork has a long, central tine which is used to pierce the bottom center of a mango, through the seed, so that the fruit can turned over and be consumed like a popsicle. This fork design is likely an elaboration on more simple presentations in markets of Latin America, where mangos are mounted onto a stick for easy eating. 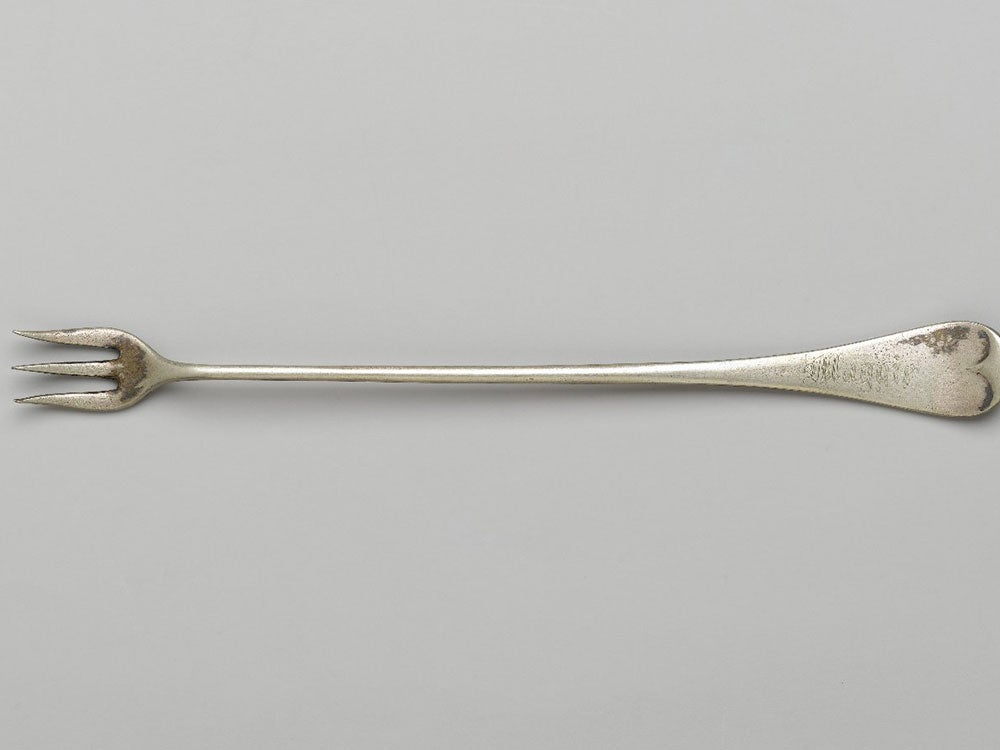 Eating olives with proper etiquette was a particular form of art—it was rumored that one imposter nobleman in France in the 1800s was recognized as a fraud by the way he ate his olives. The accused barbarian dared to eat his olives with a regular fork, instead of locating a proper olive fork—one which was designed with tiny, appropriately-sized tines. 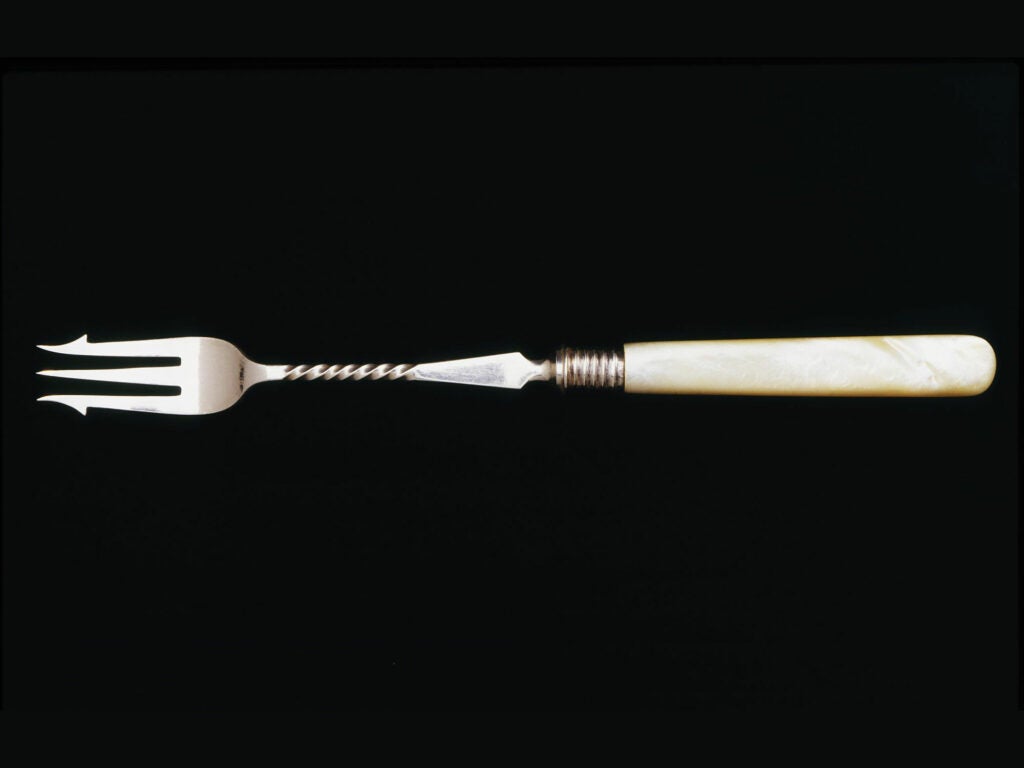 Pickles fell into the ever-widening category of foods that weren’t to be touched with the fingers. The elongated handle of this pickle fork was a design that emerged after 1860, once glass pickle jars came into use. The barbed sides secured the speared pickle in place for its removal from the jar. 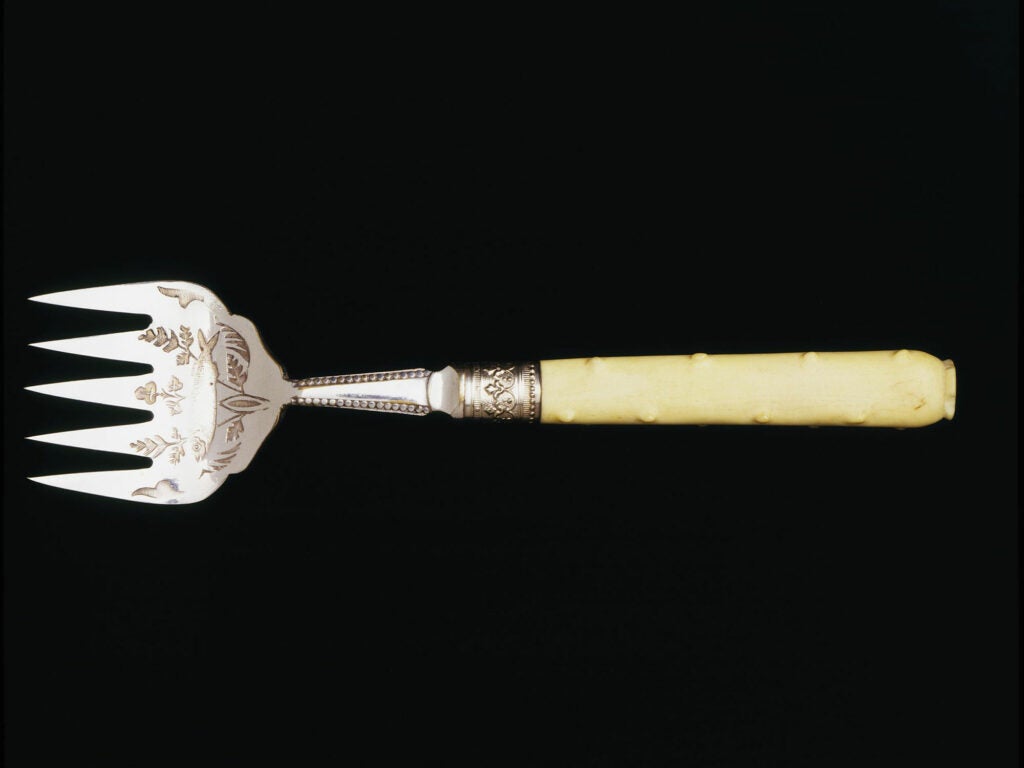 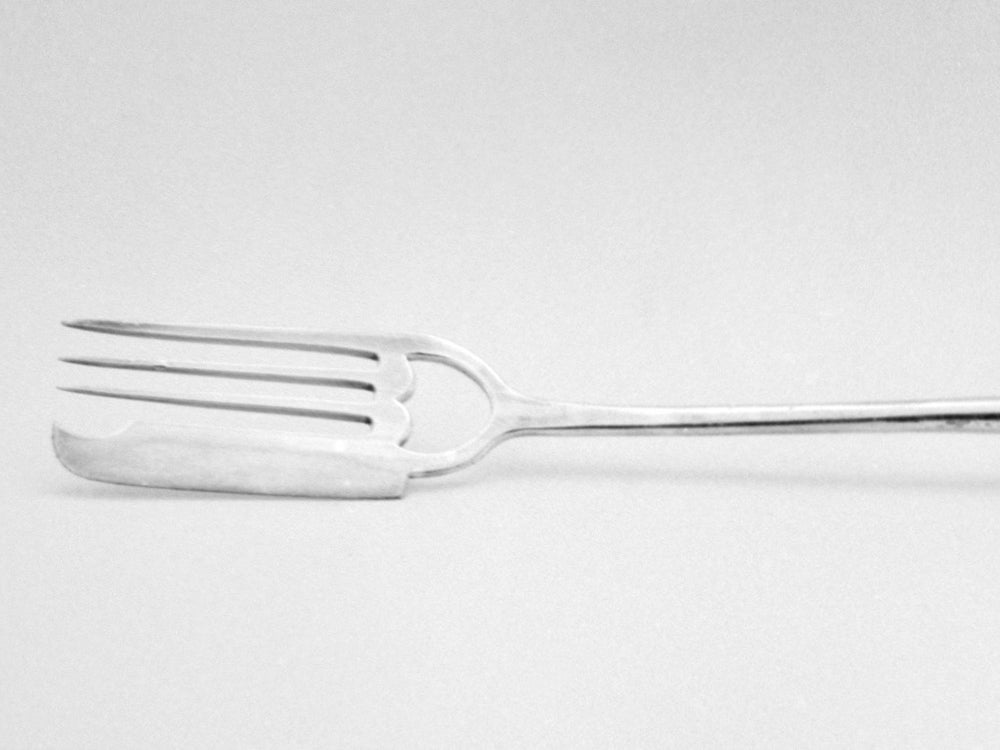 The pie fork, unlike some other Victorian cutlery, can be praised for its usefulness. The left side of the fork features a thick, sharp-edged tine for slicing into pie or tarts, but blunt ends for using the fork to eat the pie as you would a normal fork. This particular piece is an early design, from the beginning of the 19th century, make in the U.K. 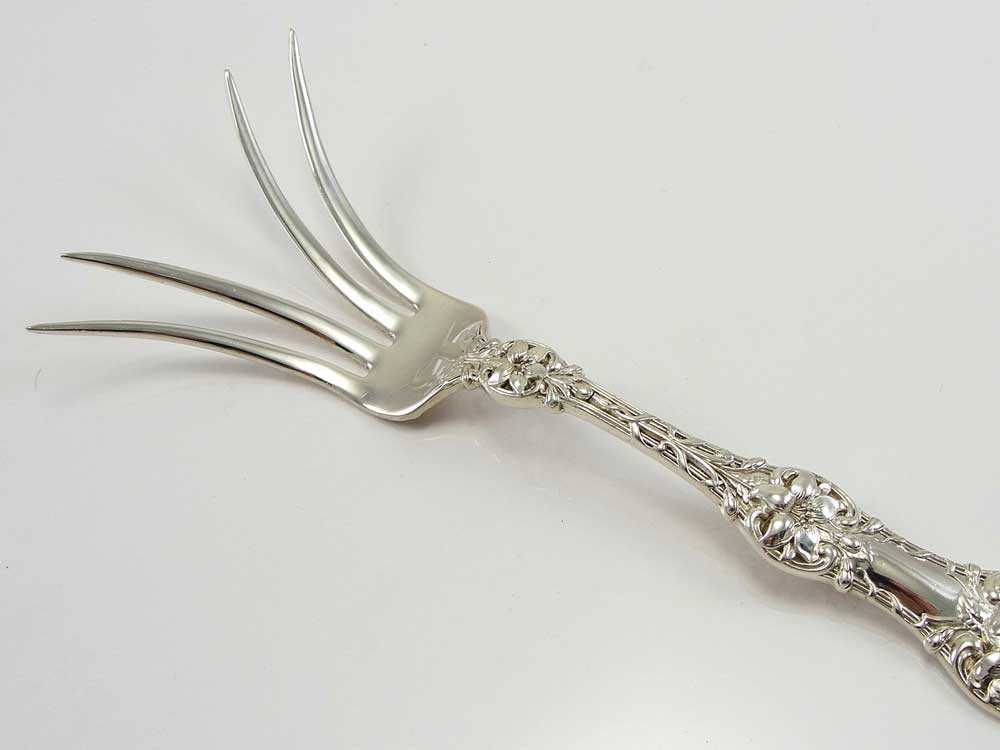