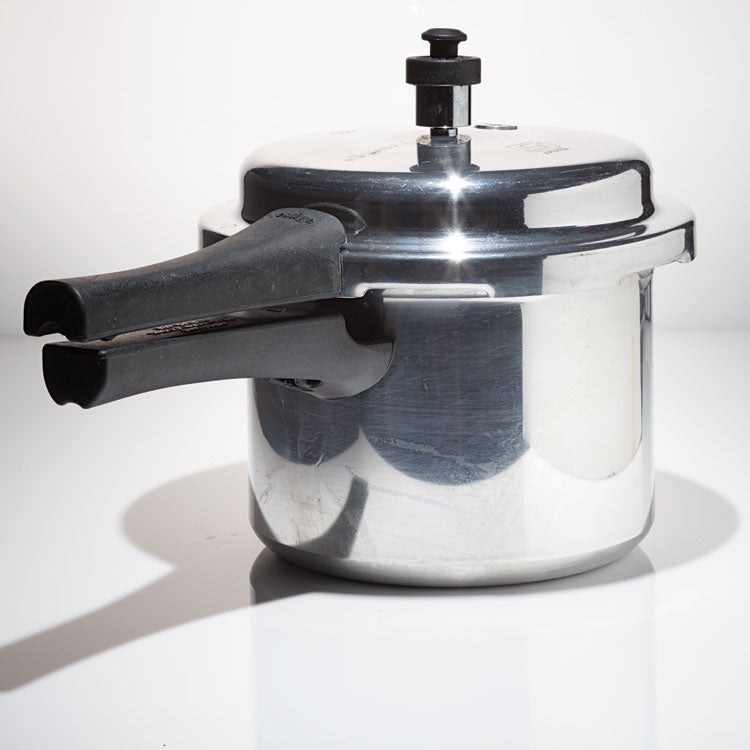 No South Asian kitchen is complete without a pressure cooker, the kind that comes with a bobbing weight on its lid and lets out five-second whistles as the food cooks. It’s how Indian homes manage to turn out elaborate dal (lentils), rajma (kidney beans), or choley (chickpeas) in under an hour and make even the toughest cuts of meat into succulent curries. The first time I used one in my American dorm room, its sound had the entire floor knocking on my door in panic. But the perfectly cooked rajma that I scooped out afterward assuaged any concerns and turned the night into a party.