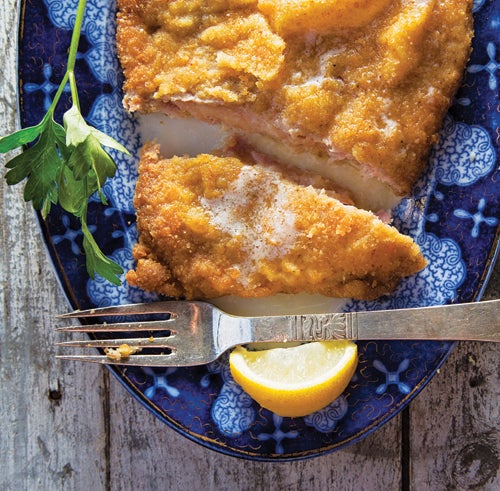 This recipe, which comes from Rheinfelder Bierhalle in Zurich, Switzerland, first appeared in our April 2013 issue along with Adam H. Graham’s story, _Blue Ribbon Winner: Cordon Bleu in Zurich_. To prepare the cutlets, place them in plastic wrap and pound gently with a meat mallet.