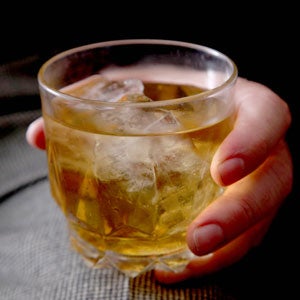 The Irish may or may not have invented whiskey (the jury’s still out on that), but after a recent tasting of the best the island has to offer, I’m beginning to think they just might have perfected it. I haven’t always had grounds to think so. Decades ago, when I first encountered Jameson, Bushmills, Paddy, and Tullamore Dew in the Irish joints that lined New York City’s Third Avenue, those Irish standbys were the very definition of bar whiskeys: light, friendly blends that slid down the throat smiling and left little more in their wake than a mellow tingle and a lingering hint of grain. Compared with the intense, complex single-malt Scotches that were appearing on the market at the time, they were lightweights—pleasant ones, to be sure, but lightweights nonetheless.

It wasn’t as if the Irish were keeping the more serious stuff to themselves, either. True, during the 19th century Irish distilleries exported plenty of high-quality pure pot-still whiskey, a type unique to Ireland that is distilled in a single copper vessel from a combination of malted and unmalted barley. But by 1980—after the Irish Rebellion, the Depression, two world wars, the Troubles in the North, heavy emigration, and a shift in domestic tastes away from whiskey to beer—the 30 licensed distilleries that the island supported at the beginning of the century had dwindled to just two. In Northern Ireland there was Bushmills, which made, well, Bushmills, and in the Irish Republic there was Midleton, which made everything else. Neither showed much interest in bottling the kinds of rich, aged whiskeys that appeal to connoisseurs. They focused instead on lighter, younger blended whiskeys that were priced to compete with the Scotch blends (like Johnnie Walker Red Label, White Horse, and Dewar’s) that had dominated the world market for Celtic whiskey for decades.

Now, there’s nothing wrong with blended whiskeys. In fact, the reason the Scots turned to making them in the first place, back in the mid-19th century, was to have something more like the subtler-tasting spirits their cousins across the Irish Sea were selling. Traditional Scotch whisky (they spell it without the e in Scotland) was made from malted barley that was usually dried over peat smoke, fermented, distilled twice to a low proof in relatively small copper pot stills, and then matured in wood casks. The result was a fiery, smoky, thick, and even oily distillate with a rich underlying sweetness, thanks to the malt. Those who loved it loved it well, but it definitely wasn’t for everybody, and the results could vary widely from one distillation to another. So, in order to create a more consistent product, Scotland’s whisky merchants hit on the idea of mingling the strong-tasting malt whiskies of several distilleries. Then, for a lighter, smoother, and more approachable drink, they further blended that mix of malt whiskies with a high-proof, vodkalike “grain whisky” produced in a fractionating column still, an apparatus that creates a purer spirit than traditional pot stills do.

The Irish, on the other hand, had no need to monkey around with blending. Traditional, unblended Irish whiskey was already cheaper to make, smoother, and cleaner tasting than traditional Scottish malt whisky and yet had far more body and flavor than the insipid grain whisky. That circumstance owed to a handful of differences in the way the Irish did things: they used much larger, more economical pot stills; they used hot air rather than pungent peat smoke to dry their malt; and they usually mixed their malted barley with raw barley, oats, and rye, which added a pleasing undertone of bright, spicy graininess. On the strength of all this, most Irish distilleries were able to manage without the expediency of blending until the late 1930s, when hard times devastated the market for premium pure pot-still whiskeys. In the decades that followed, cheaper, tamer blends prevailed in Ireland.

By the 1980s, as the success of those Scottish single malts showed, the world market for whiskey was changing. People were drinking less of it, but when they were drinking it they wanted it to be special. At the end of the decade, Ireland woke up. In 1987, a group of investors opened a third distillery, at Cooley, north of Dublin, dedicated to making a full range of whiskeys. At around the same time, the other two big distilleries were bought by the French firm Pernod Ricard, which provided fresh capital and greater access to foreign markets. By the late ’90s, sales of Irish whiskey were growing faster than those of any other kind. All three distilleries were starting to export premium whiskeys long-aged in oak that could compete with fine Scotches and at significantly lower prices.

Ten years on, things have only improved. For this article I rounded up 17 Irish whiskeys in a variety of styles, from pure pot-still whiskey made from a mix of malted and raw grain (the 12-year-old Redbreast) to rich pot-still blends (including the lovely Black Bush, a range of older Jamesons, and Midleton Very Rare, a vintage-dated blend of everything that’s fine from that distillery). I also found single-malt whiskeys, both triple-distilled (from Bushmills) and double-distilled (Cooley’s Tyrconnell). There’s even an ultralight aged grain whiskey and a double-distilled one made from peated malt (the Greenore and the Connemara, both also from Cooley). And now Ireland has a fourth distillery, Locke’s, in the Midlands, reopened on its 250th birthday in 2007, though its whiskeys aren’t ready for market yet.

Taken together, these whiskeys are as refined a group of spirits as I’ve ever tasted. They’re also remarkably consistent in character, with a sweet graininess in the nose, a sherry’s muskiness on the tongue, and only a hint of sting in the tail to remind you that you’re drinking liquor. While they’ll stand up to an ice cube or two, if that’s your preference, whiskeys this smooth require no ice or water to soften them. Indeed, if they have a fault, it’s that they’re a bit too obliging; in Ireland they call such things “moreish” (that is, they make you want more). I’d love to see one of Ireland’s distillers resume the practice, last seen in the 1950s, of mixing barley with oats and rye in order to bring back that old-fashioned hint of spice and funk. Then again, to quibble with something at once so moreish and so consistently affordable as fine Irish whiskey seems more than a little ill spirited.