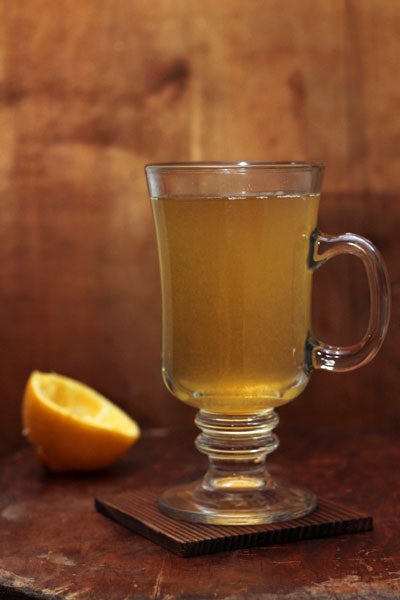 If your office is anything like ours at the moment, it sounds more like a doctor’s waiting room than a place of work. So for purely medicinal reasons, we’ve decided to banish the coughs and sniffles with a soothing, warm Scottish pick-me-up for this week’s Friday cocktail. We boosted the curative effects of a traditional hot toddy by adding lemon juice and honey.

First recorded in 18th-century Scotland, no one quite knows the exact origins of this drink. Tradition holds that the toddy may have first come to Scotland through trade with India, where a sweet brew by the same name was made by fermenting the sap of palm trees. Another possible explanation is that the word comes from Tod’s Well, which was one of the main supplies of water to the city of Edinburgh. There is also speculation that the hot toddy made drinking whiskey more palatable to those who found its charms too harsh for their taste. Either way, if you’re suffering, this toddy should do the trick— it’s the one Friday drink you’re officially allowed.

See the recipe for a Scotch Hot Toddy »