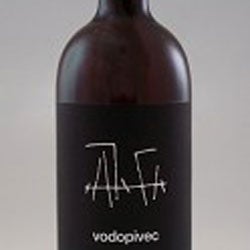 When a friend first poured me a glass of hazy, coral-hued vitovska, a wine from Vodopivec, a vineyard in the Italian region of Friuli, I was dumbstruck. It registered as neither red nor white nor rose, inhabiting a paradigm of its own—a tribute to its eccentric creator. Winemakers often talk about tradition, but few have reached as far into the past as Paolo Vodopivec, anative of Carso, a rocky plain near Trieste that straddles the Italian-Slovenian border. After taking over the family estate in his early 20s, he replanted it with vitovska grapes. A white variety rarely seen outside the region, it was known for making innocuous table wines; Vodopivec set out to change the grape’s reputation. Dissatisfied with conventional practices, he tossed out synthetic fertilizers and pesticides, built birdhouses among the vines to control insects and parasites, and farmed according to the phases of the moon. In 2005, inspired by fellow Friuli native and celebrated winemaker Francesco Josko Gravner, he began fermenting the juice in amphorae—massive terra-cotta jugs lined with beeswax that he sourced from the Republic of Georgia, where vintners still use this ancient form of vessel. Vodopivecburies the amphorae and keeps the wine in contact with the grapes’ skins for five months, the reason for its cidery hue and surprising tannin. He bottles it unfiltered. Persistent and viscous, Vodopivec Vitovska Ampora 2006 ($85) smells of roses, baked apples, and tea. With as much backbone as some reds, it has enough grip to pair with roasted meats and makes an excellent foil for cured pork.