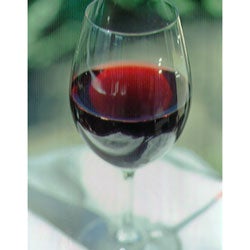 At the end of a finger-numbing winter day out in the vineyards, Albert Teillet, a wiry, muscular man who looks like someone who has spent his life in the fields, puts away his pruning shears, kicks the thick mud from his boots, and padlocks the door to the small cellar below his house. As darkness descends over the village of Pomerol, he climbs a set of creaking wooden stairs to join his family for dinner. The room where they dine is plain, almost rustic, and on the table is a thick, simple stew. But beneath the Teillet family’s feet, as they eat, slumbers one of the world’s most expensive wines. The annual production of the estate that Teillet runs, Chateau Le Pin, is around 500 cases—6,000 bottles. The wine’s scarcity, as much as its smooth, velvety texture and enormous concentration of fruit, has put its price second in Pomerol only to that of Chateau Petrus, the appellation’s most famous name—and one of the world’s most expensive wines.

The wines of Pomerol at their best are soft but substantial, full of fruit and flavor, and often more elegant, especially when young, than their more famous counterparts in the Medoc. There are other, more dramatic differences between the regions, too.

To anyone who has visited Bordeaux and come away with images of the grand chateaux of the Medoc—Margaux with its sweeping, tree-fringed driveway and stately neoclassical façade, Lafite with its elaborate gardens and pepperpot tower—Pomerol, about 20 miles east of the city of Bordeaux and next door to Saint-Émilion, is something of a surprise. The whole place has a bucolic atmosphere. Even the most imposing chateaux—Gazin, Taillefer, L’Évangile, and La Conseillante—look dowdy compared to the great Medoc estates, and the only remarkable feature of the village itself is a tiny church with a needle-sharp spire. There are no cafes, no restaurants, not even a place where you can sample the local wines.

Unlike the Medoc whose wines were officially classified into crus, or growths, in 1855, and the regions of Saint-Émilion (first classified in 1955) and Graves (classified in 1959), Pomerol has never had its chateaux officially ranked. According to locals, it never will. Thus, about the only guideline for quality in Pomerol—an imperfect one, at that—is price. By that standard, Le Pin and Petrus are indisputably on top, followed by a second tier of L’Évangile, La Conseillante, and Vieux Chateau Certan, and a third of Trotanoy, Lafleur, and Petit-Village. After that, the rankings become less clearly defined. But it is among the less famous properties, like L’Enclos, Gazin, La Croix de Gay, Nenin, Le Bon Pasteur, and Beauregard, that the best values are often to be found.

What differentiates these wines? Why, in such a modestly sized appellation—Pomerol’s vineyards cover roughly 1,900 acres, making it the smallest major Bordeaux region—are wines from the star properties so much more expensive than those of the many merely solid performers?

The single most important factor is location—or, as the French would say, in vineyard terms, terroir. The Pomerol appellation runs from northwest to southeast, rising to a height of about 140 feet above sea level at its highest point, then falling away towards Saint-Émilion. “It’s hardly a ski slope,” says Jean-Claude Berrouet, the tall, aristocratic winemaker at Petrus. But in Pomerol, a few yards can make a big difference.

The commune’s vineyards are characterized by soil type: Those in the west and south are predominantly sand; in the north and east, the soil is mostly clay and gravel; at the center of the appellation is a core of clay ringed by clay and gravel. In more ways than one, Petrus lies at the heart of the village. Its vineyard, like all the land in this part of Pomerol, is rich in clay. Indeed, when Berrouet takes a visitor on a tour of the chateau, he likes to begin out among the vines, squeezing handfuls of soil through his fingers. “The unique thing about this vineyard,” he says, “is that it retains water, even in dry years. It’s rich in organic material, and has a huge influence on the style of wine we produce. My role here is a secondary one. All I do is allow the soil to express itself.”

All the best chateaux in Pomerol are situated on or near the commune’s central plateau. So are a number of lesser ones, which proves that good soil alone isn’t a guarantee of great wine. The other crucial factor, of course, is what’s grown in that soil. In Pomerol, that means primarily the merlot grape. Because it stays so moist, the clay soil around the center of the village is too cold for cabernet sauvignon—which ripens two to three weeks later than merlot. Merlot, on the other hand, does superbly, yielding wines in which the grape’s inherent aroma and suppleness are enhanced by tannin and thus gain impressive staying power. That’s one of the most remarkable things about pomerols: You can drink them young, enjoying their concentration of fruit, but you can also tuck them away for a decade or two and let them develop a softer, more complex weave of flavors.

Merlot is not the only grape planted in the appellation, of course. In fact, it is rare to find wines made entirely from that variety. Statistically, Pomerol’s vineyards are about 70 percent merlot, 25 percent cabernet franc (a variety known locally as bouchet), and 5 percent cabernet sauvignon—with perhaps a trace of malbec.

Few people in Pomerol have anything good to say about cabernet sauvignon, a variety that was imposed on the region by the Institut National des Appellations d’Origine, with classic muddleheadedness, in the early 1970s. Cabernet franc, on the other hand, is much appreciated as a foil to merlot. Almost all the chateaux use some in their blends, but few use as much as Vieux Chateau Certan. This estate’s young and rather formal owner, Alexandre Thienpont, includes some cabernet sauvignon in his wine—up to 10 percent—but it’s the high proportion of cabernet franc he uses, as much as 45 percent, that makes his wine so special. The cabernet franc adds complexity and palate length to the fullness and immediacy of the merlot. Vieux Chateau Certan is hardly inexpensive (current vintages may cost up to $85 a bottle in the U.S.), but it is still, to me, one of the region’s most undervalued wines.

As appellations go, Pomerol is remarkably consistent. The average quality of the wines produced here is arguably better than in any other commune in Bordeaux. This is undoubtedly due in part to the predominance of the dependable merlot grape—but there is also what Bruno de Lambert, owner of Chateau de Sales, the largest estate in the appellation, identifies as a sense of camaraderie and unity of purpose. This is one of the few wine regions in France, and the only one in Bordeaux, where winemakers dine together and taste together constantly, discussing their wines, sharing—and sometimes arguing about—technical information. (There is currently a heated but good-natured debate going on in the appellation, for instance, over the question of new barriques, or oak barrels. The proprietors of Le Pin, La Fleur de Gay, Le Bon Pasteur, and La Conseillante, for instance, use a high percentage of new oak, while those of Gazin, La Pointe, and Nenin feel that new oak should be used more sparingly.) They also travel together frequently to promote their wines, and some 20 of the better producers have formed a promotional organization called Pomerol Prestige, to help maintain the good name of the appellation.

Though not members of this group, Jean-Pierre Moueix and his son Christian have also done a great deal for Pomerol’s reputation. The Moueixs own five Pomerol estates (Petrus, La Fleur Petrus, Lagrange, La Grave, and Trotanoy) and manage three more—and Jean-Pierre and Christian have traveled tirelessly around the globe, holding tastings and seducing important wine writers and merchants with their wines.

At least partially as a result of their efforts, Petrus has become a phenomenon in the wine world—the most expensive and most sought-after bordeaux of all—and other top Pomerol estates have benefited from a kind of trickle-down prestige. One result, besides increased prices, has been new interest in the appellation by large financial institutions. Major insurance groups, banks, and multinational corporations have begun investing in Pomerol. This has raised the land prices in the region, but it has also brought much-needed investment capital to chateaux in need of upgrading.

One ironic consequence of Pomerol’s financial health is that its wines are becoming unaffordable to all but wealthy collectors and high-profile wine merchants. Consider Albert Teillet, for instance. When he goes up to dinner, he and his family are likely to drink an inexpensive bordeaux rouge. “I work with Le Pin all day,” he says, “but I can’t afford to drink it.”