Thank God for the Toddy 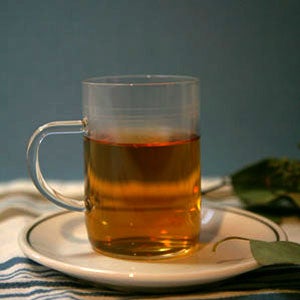 Though toddies can be prepared with practically any alcohol, David Wondrich (an expert on the history of the American cocktail) makes a case that pot-stilled spirits, such as cognac, single-malt scotch, and some dark rums, ryes, and bourbons (like Woodford Reserve), produce the best results. See the recipe for Hot Toddy ». Sarah Karnasiewicz
SHARE

Like a wool sweater or a log fire, a steaming hot toddy is a simple but sublime winter warmer. Traditionally composed of a shot of spirits (gin, rum, or whiskey), a spoonful of sugar, and hot water and garnished with nutmeg, this uncomplicated cocktail has eased generations through the pains of storms and sickness. Though the hot toddy appears to have originated in 18th-century Scotland, where a sweetened mixture of malt whisky was consumed with gusto as a remedy for the common cold, it wasn’t long afterward that the tipple arrived on American shores and was heartily embraced by colonists. Indeed, according to Revolutionary-era anecdotes, soldiers in search of liquid courage often heated their toddies by stirring them with glowing fireplace pokers from the local tavern. As David Wondrich notes in his new history of the cocktail, Imbibe!, “The old days were hard, but the people who lived them found ways of making them tolerable.”

Since those days, proper toddy drinking has acquired its own customs and accoutrements, such as the use of the toddy glass (a short mug or stemmed glass with a handle) and the toddy stick (a knob-ended swizzle stick that’s used for giving the cocktail a stir). While the warm version of the toddy remains the most widely known, dozens of variants abound—the blazer, hot buttered rum, the apple toddy (which contains a whole baked apple), and even a cool toddy—many claiming their own medicinal benefits. We haven’t consulted a doctor on the matter, but we can state with certainty that our highly unscientific experiments have found few ills that a full toddy glass in hand can’t diminish. So, take our word: don’t wait until the sniffles strike to mix one up. Take a hot toddy (or two) tonight, and call it preventive care.