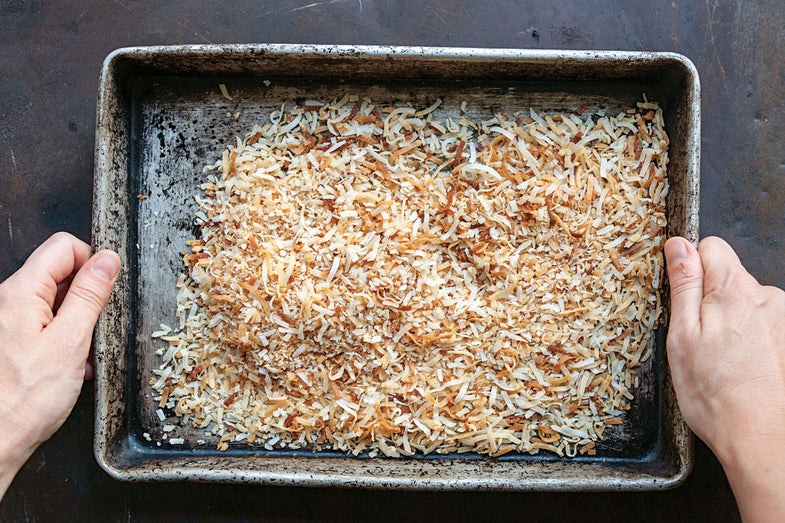 I love sprinkling chewy toasted coconut on vanilla ice cream, layer cakes, and especially pies like the coconut lime custard version we made this month. In the test kitchen, we usually toast trays of coconut in the oven, but a few years ago I started using the microwave to cook shreds at home: It turned out to be the ideal kitchen appliance for the simple technique. Compared with an oven’s radiant heat which works from the outside in, microwaves directly agitate the water molecules deep inside the coconut, heating them with speed and efficiency. The delicate shreds are toasted in a flash, so to avoid burning, spread them in a thin layer on a plate and zap in short 20-second bursts. Between each burst, stir and redistribute the coconut to ward against microwave hotspots. In just a minute or two, depending on the strength of your microwave and the amount of coconut you’re toasting, the shreds will be crisp and evenly golden, filling your kitchen with an incomparable aroma.