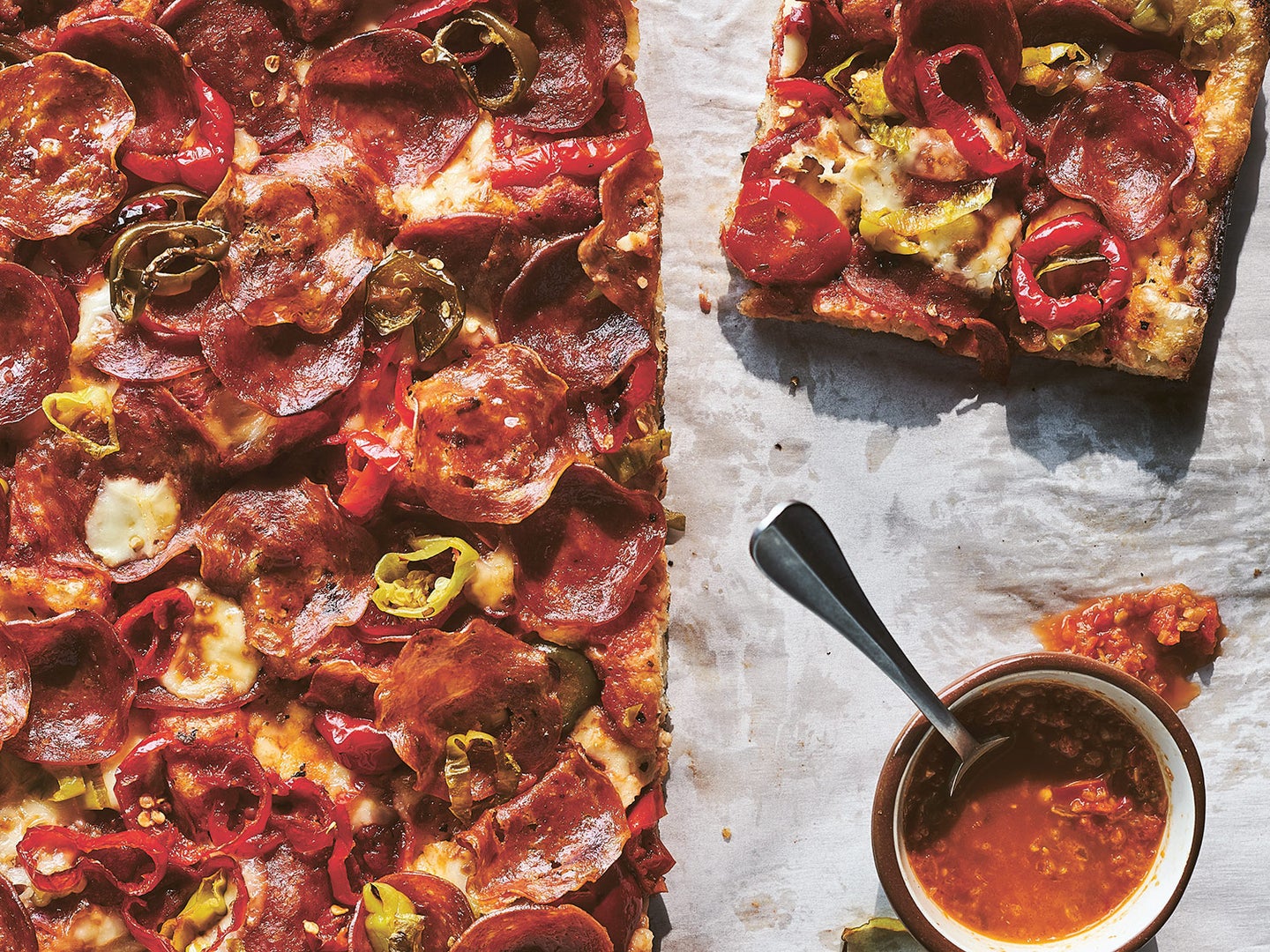 Pepperoni is the most iconic Detroit pizza topping. According to bread guru Peter Reinhart, the key to this pan pizza is “to use pepperoni with a diameter of 1 to 1½ inches, so that it cups up and crisps when baked, its oil trapped in the curled cup.” The richness is balanced out by the bright acidity of pickled peppers. While Detroit-style pizzas are traditionally square, you can also make these pies in two 9-inch cast-iron skillets using the same cook time. If you don’t have a stand mixer, you can make the dough in a large bowl, using a large spoon or wet hands.

Featured in: The Best Pizza at Home, With the Gear You Already Have