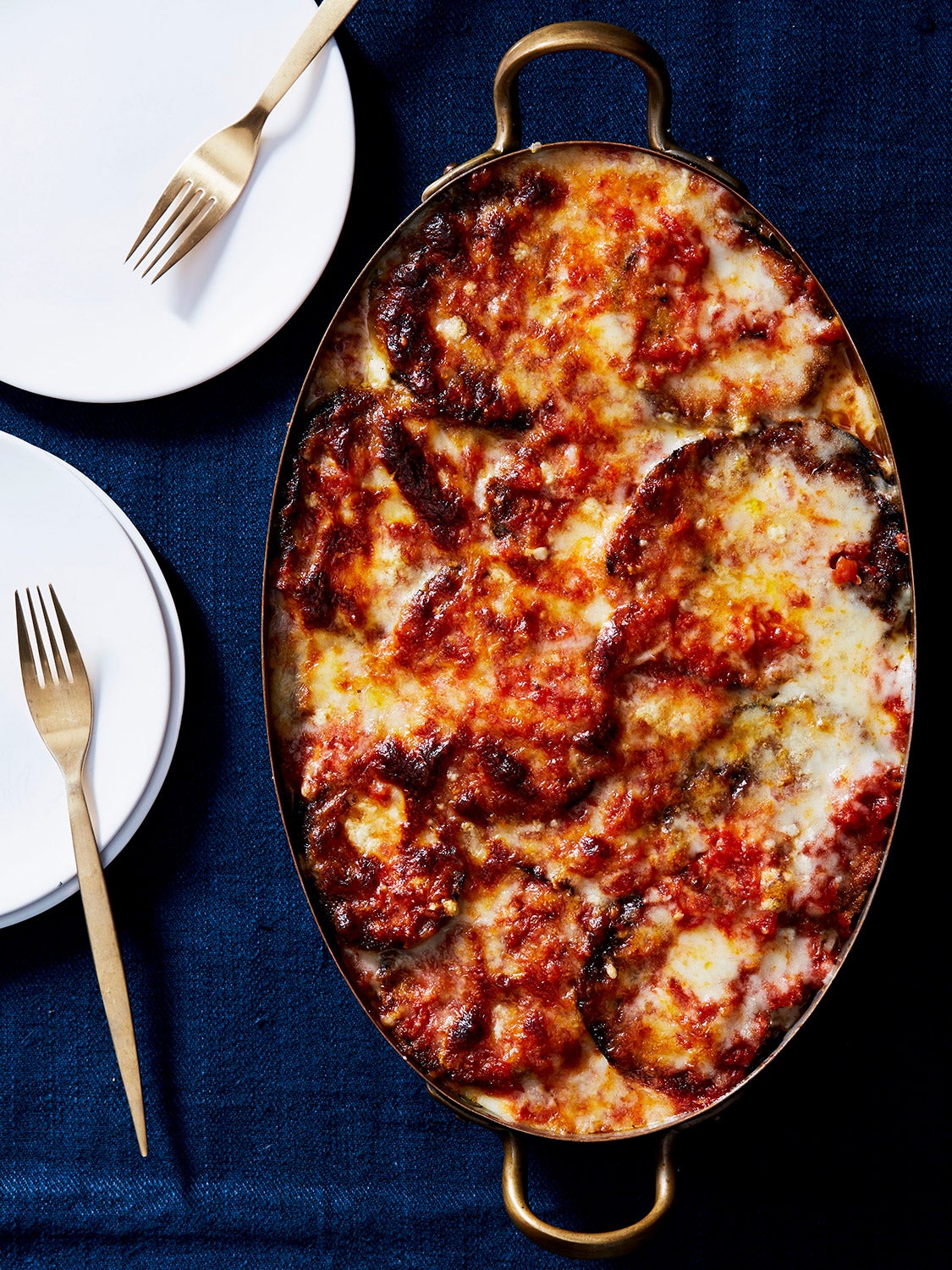 You can make the major components of this classic Italian casserole in advance, from the red sauce to the fried eggplant, or even assemble the whole dish ahead of time. Get the recipe for Eggplant Parmigiana ». Linda Pugliese
SHARE

A specialty of southern Italian kitchens, eggplant parmigiana can be made more weeknight-efficient by breaking the steps into stages. You can make the sauce up to a few days in advance, fry the eggplant the day before, or assemble and refrigerate the whole dish a day ahead of baking. Let it cool for a few minutes out of the oven before serving, or feel free to serve at room temperature.

Reprinted from Piatti by Stacy Adimando with permission by Chronicle Books, 2019.

Featured in: The Best-Ever Eggplant Parmigiana