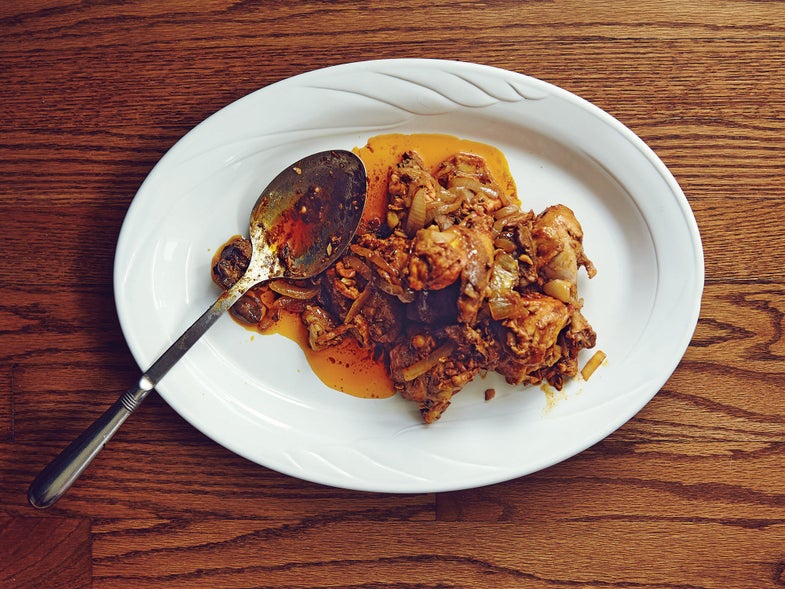 Adobo, perhaps the most well-known Filipino dish, is a brothy stew flavored with vinegar and soy sauce, bay leaves, and black peppercorns. The regional Ilonggo version that chef Dale Talde makes is soy-free and an aesthetic departure. Bone-in chicken simmers until the liquid has all but disappeared, transforming the mellow sauce into a thrilling concentrated glaze. In the slick of fat left over, garlic, onion, and chicken liver brown to provide even more flavor.

Featured in: Dale Talde Would Like to Show You the Manila of the Midwest