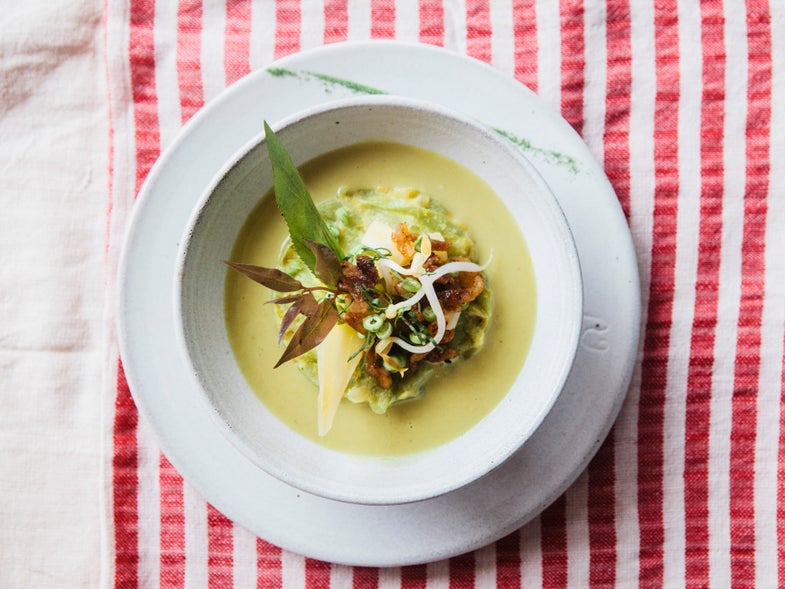 Known as kdat in Cambodia, taro stem, which grows out of the fibrous taro root like celery grows out of celery root, is a crisp, watery vegetable often used in soups to add brightness and crunch. In this version from Embassy restaurant, its clean taste is buttressed by a rich green curry broth, a crumbling of smoky bacon, and a shot of umami from a traditional Cambodian fish paste called prahok, usually sold as “mud fish sauce” in Asian grocery stores. If you can’t find taro stems, water spinach or Swiss chard stems make a fine substitute.

Featured in: The New Tastes of Old Siem Reap