One of the simplest forms of charcuterie, this traditional French potted meat showcases pork fat at its very best. 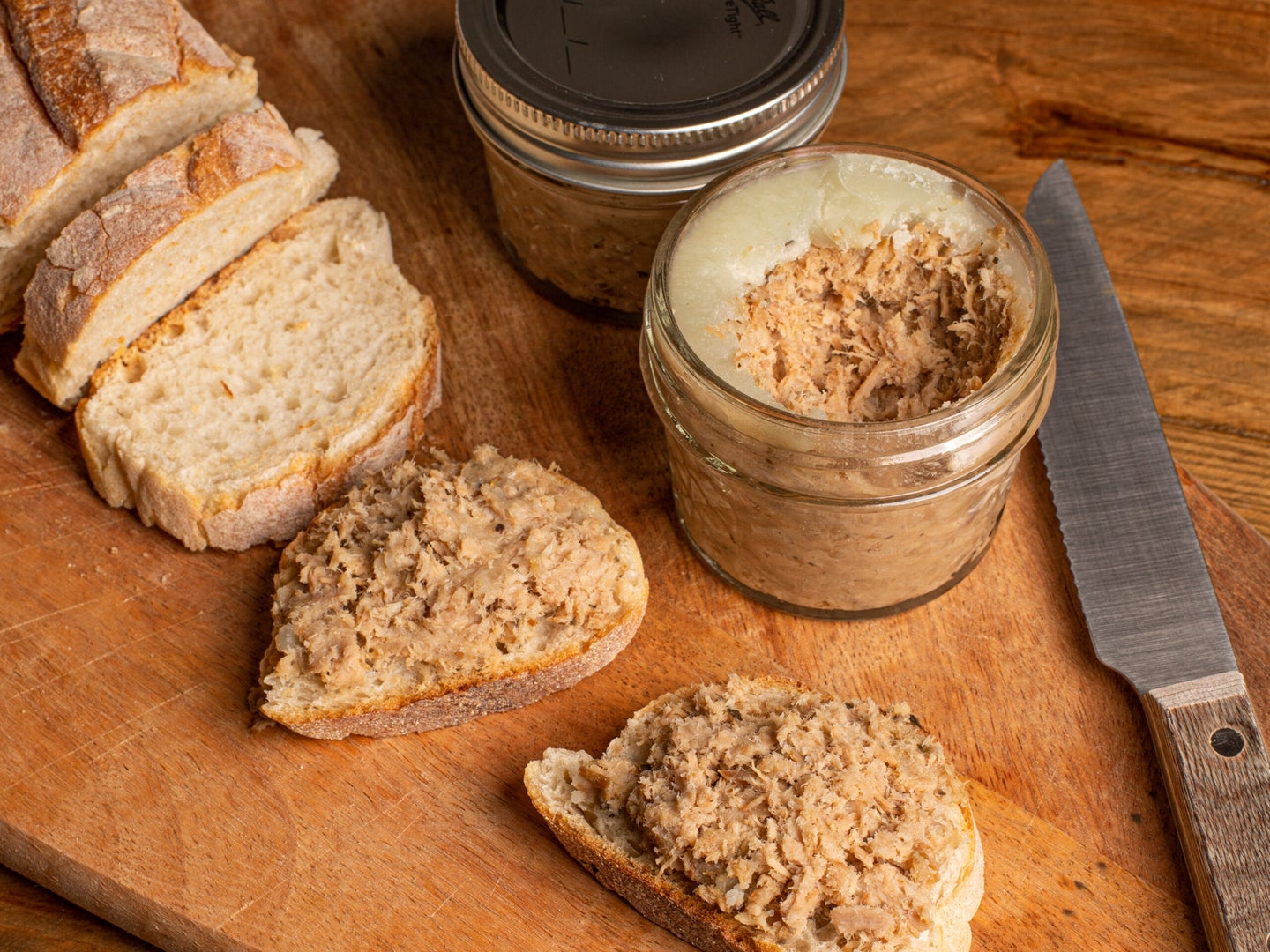 Traditionally, pork rillettes were made from any trimmed fat and meat leftover after butchering a whole hog. Like sausages, terrines, and patés, the recipe for rillettes was likely invented in order to use up every part of the animal. A home version of the dish may be made using the picnic portion of the shoulder, as its perfect ratio of meat to fat is particularly well-suited for rillettes. Ask your local whole-animal butcher to also set aside the fatback, which is taken from the hog’s spinal area. Quatre épices—a classic blend of spices commonly used in French charcuterie and other meat dishes—can be purchased from many spice purveyors, or otherwise easily blended at home.