A great many things disappear without a trace from our cultural memory, and had there been just a slight shift in the winds of change, we might never have forgotten about genever. After all, if it weren’t for the Netherlands’ losing New York City to the English, you could very well be reading this story in Dutch. It’s this sort of happenstance that brought the spirit into being in the first place.

By the 1500s, distillation had migrated north from the Arab world into Holland, where the process was used to produce brandy, or brandewijn, meaning burnt wine. That century, as increasingly harsh winters and rising prices made using grapes impractical, Dutch distillers began turning to grain and, with the addition of juniper, created genever. Their original intent had been to harness the healing properties of the conifer’s berries for medicinal purposes, but as happened with Coca-Cola, off-label use quickly became the norm.

Genever is often described as Dutch gin, but that turns things the wrong way around: Genever came first, and it was the inspiration for gin, which emerged in England a century later. What’s more, the two spirits don’t taste alike. Gin is typically made from neutral alcohol and gets all of its flavor from botanical additions. Genever, on the other hand, must contain at least some malt spirit and thus exhibits varying degrees of grain-influenced, whiskey-like flavor. 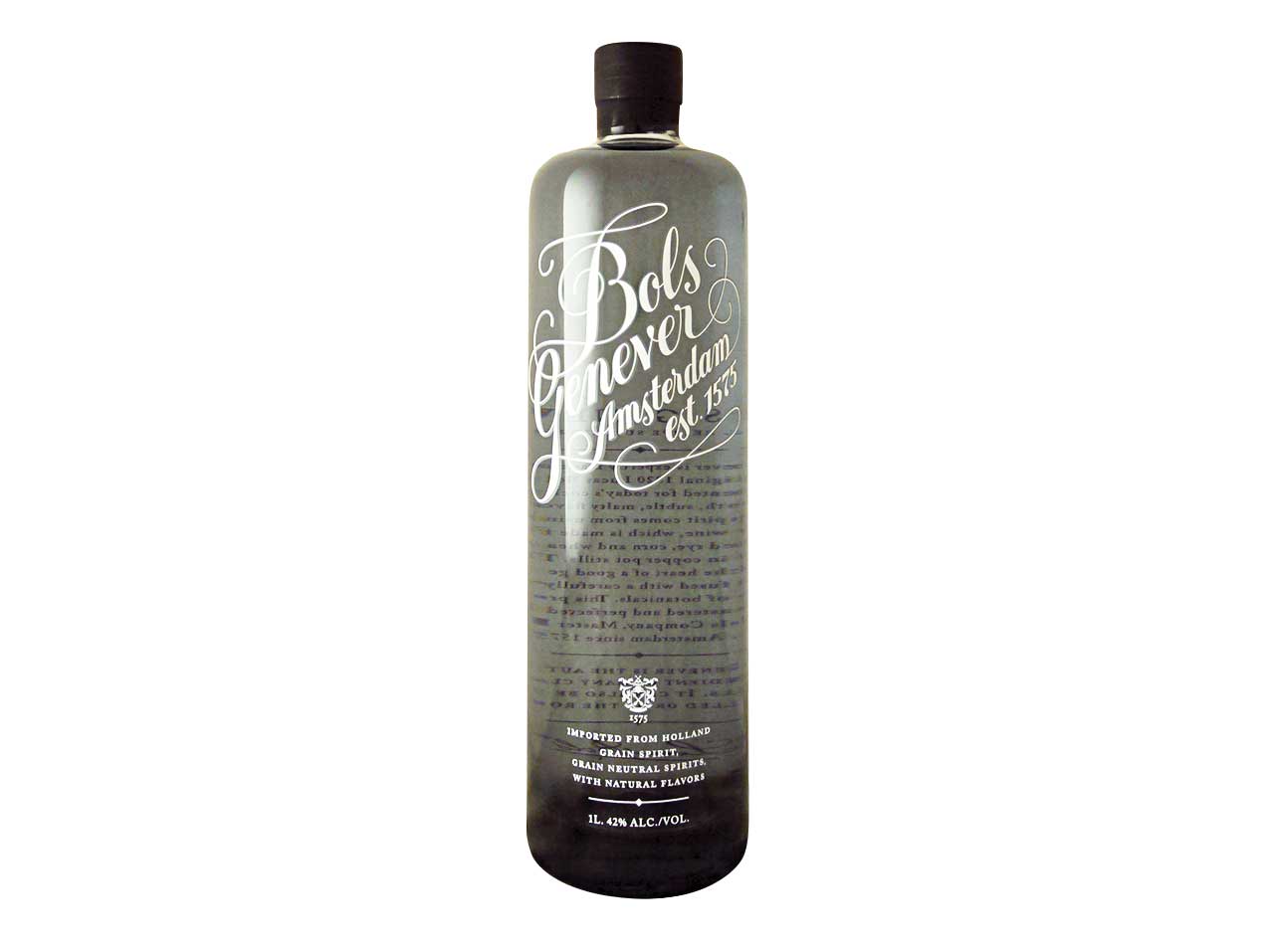 Americans once viewed genever as an essential spirits category, and during much of the 19th century, the US ­imported huge quantities. In the 1850s, millions of liters of genever passed through New York harbor annually—hundreds of times more than English gin. Genever’s prominence made it a natural base for many of the first cocktails, which were being developed around this time. Thanks to the thorough research of cocktail historian David Wondrich, we know that in the first published instructions for making cocktails—Jerry Thomas’s 1862 The Bar-Tenders Guide, or A Bon Vivant’s Companion—the dozens of drinks calling for gin actually meant Holland gin, or genever. The spirit was included in the first recipes for the julep, sling, and John Collins. As late as 1900, Harry Johnson’s New and Improved Bartenders’ Manual asserted that no less than seven different genevers were required for a well-stocked bar.

The love affair wouldn’t last. Changing tastes and Prohibition led genever to disappear completely from American drinking culture by the early decades of the 20th century. In the Netherlands, too, it saw changes and decline. Oude (old-style) genever, made with a greater proportion of malt spirit, typically has bready, cereal notes, with the most classic genevers displaying the roundness of, say, an Irish whiskey. Jonge (young) genever, made with less malt spirit, is more neutral and more reminiscent of gin. Although not all jonge genever is low-quality, the 1950s trend toward less-­flavorful spirits resulted in a bland jonge style that’s kept its hold on the industry ever since. At this point, three generations of Dutch drinkers have come to associate the spirit with its most boring form—essentially vodka with a light juniper flavor.

But recently, the ever-increasing desire for carefully crafted spirits rooted in history has given genever new life. Its cultural importance is now codified in EU law through a Protected Geographical Indication not dissimilar to protections around Champagne and Cognac. There is also more emphasis on quality and a renewed interest in older styles of the spirit. All of which has bred a lot of excitement among Holland’s distillers, who act and speak as if they’ve unearthed a national treasure, like an old book of secrets that was sitting on the shelf, unread, for decades.

Fittingly, this wave has taken hold at one of the oldest distilleries in the world. If you’ve heard of Lucas Bols, it’s probably due to the dusty bottle of triple sec in your ­parents’ ­liquor cabinet, but the brand has a storied past. It flourished during the Dutch Golden Age, when a close relationship with the East India Company granted access to new markets and ingredients. In 2006, a group of Dutch investors bought the Amsterdam distillery, founded in 1575, back from Rémy Cointreau. These investors have been slowly turning the company toward the production of interesting products. Bols now makes a series of small-batch genevers for the local market under the Wynand Fockink label, including a smoky ode to Scotch, a hoppy IPA-inspired take, and an unusual bottling made with a mixture of rye and barley spirit. And the distillery recently debuted three historically rooted genevers for export to the US, including one barrel-aged version and another made with 100 percent malt spirit.

At another venerable distillery, Rutte, there is a long history of doing things in peculiar, inventive ways. In the charming canal-side city of Dordrecht, an hour by car from Amsterdam, that tradition is carried on by master distiller Myriam Hendrickx. Among Rutte’s many standouts is its delicious Single Oat genever, which uses 100 percent oats for the malt base. The company has also distinguished itself with inventive flavors. All genever must include some juniper to legally qualify for the label, but beyond that, a distiller may employ a virtually unlimited range of botanicals. 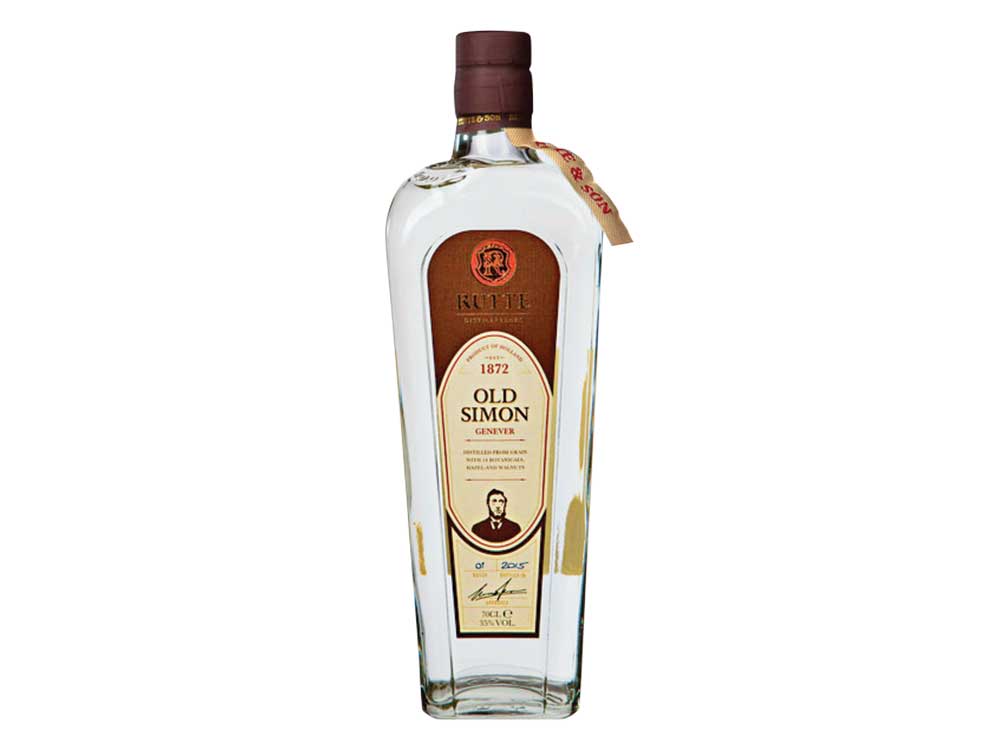 But even these unusual flavorings seem old-fashioned compared to those used by Bobby’s, a new brand out of Schiedam, the city that was once the heart of Holland’s genever industry. Three years ago, Sebastiaan van Bokkel collaborated with the Herman Jansen distillery to develop a new genever. Van Bokkel didn’t have a background in spirits, but he became interested when he discovered that his late grandfather, ­Jacobus “Bobby” Alfons, would infuse genever at home with botanicals from his home country of Indonesia. True to his grandfather’s recipe, Bobby’s is flavored with cardamom, lemongrass, cubeb pepper, and ginger. It’s an unapologetically untraditional jonge genever and a sign that the quality renaissance isn’t limited to just the oude style.

Thanks to improving distribution throughout the US, we are now able to experience genever again on this side of the Atlantic. It’s an incredibly diverse category, the breadth of which may make it more rewarding to the omnivorous, adventurous drinker than a hair-​­splitter who obsesses over minuscule differences in bourbon or scotch. And while the Dutch often toss the stuff back as a beer-and-shot combination called kopstootje (“little head-butt”), genever’s historical link with 19th-century cocktail culture in the US makes mixology a fitting application here. Bartenders are inventing new drink recipes around the spirit and are able to make many American classics correctly for the first time in nearly a century. Let’s hope that this revival of our old love affair with genever will prevent us from forgetting it this time. 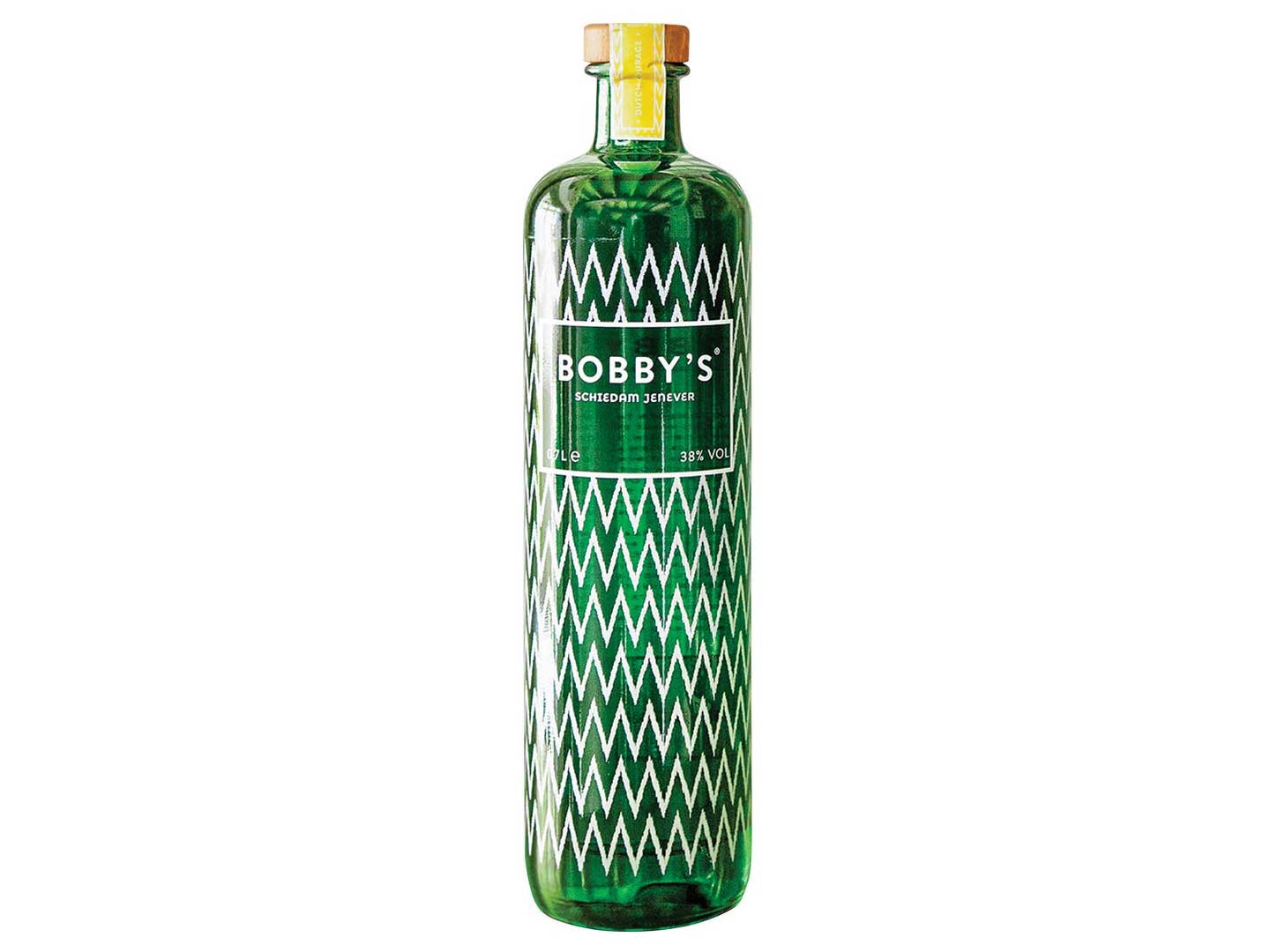 Two Mixed Drinks That Make the Most of Genever

The spirit has been a part of American cocktail culture since the 1850s. Here’s how we took it then, plus a modern-day riff:

Adapted from the first American cocktail handbook, this Jerry Thomas drink is emblematic of the mid-19th-century, a time when pineapples were an exotic status symbol.

2. To make the raspberry syrup: In a small pot, boil ½ cup sugar and ½ cup water, stirring frequently until the sugar dissolves. Remove from heat and add ½ cup raspberries. Steep at room temperature for 20 minutes, then place a fine mesh strainer over a 16-ounce jar and strain the syrup, pressing on the solids to extract as much liquid as possible. Discard the solids. Cool to room temperature. Use or cover and refrigerate for up to 7 days.

A wintry Manhattan variant from Megan Hall of the Brooklyn bar Fort Defiance, this cocktail crisscrosses Europe: Malty genever tempers extra-peaty scotch in concert with Northern Italian vermouth and a bitter liqueur from the French Alps.

1. In a mixing glass filled with ice, add 1 ounce Bols genever, 1 ounce Laphroaig scotch, ¾ ounce ­Cocchi di Torino vermouth, ½ ounce China China Amer, and 2 dashes Peychaud’s bitters. Stir well, then strain into a chilled coupe glass. Use a match to heat the peel side of a wide strip of lemon rind for a few seconds, then squeeze the rind to express its oils over the surface of the cocktail before dropping it in.