From Spain to Puerto Rico and beyond, the legacy of these sweet, spiral breads is still on the move 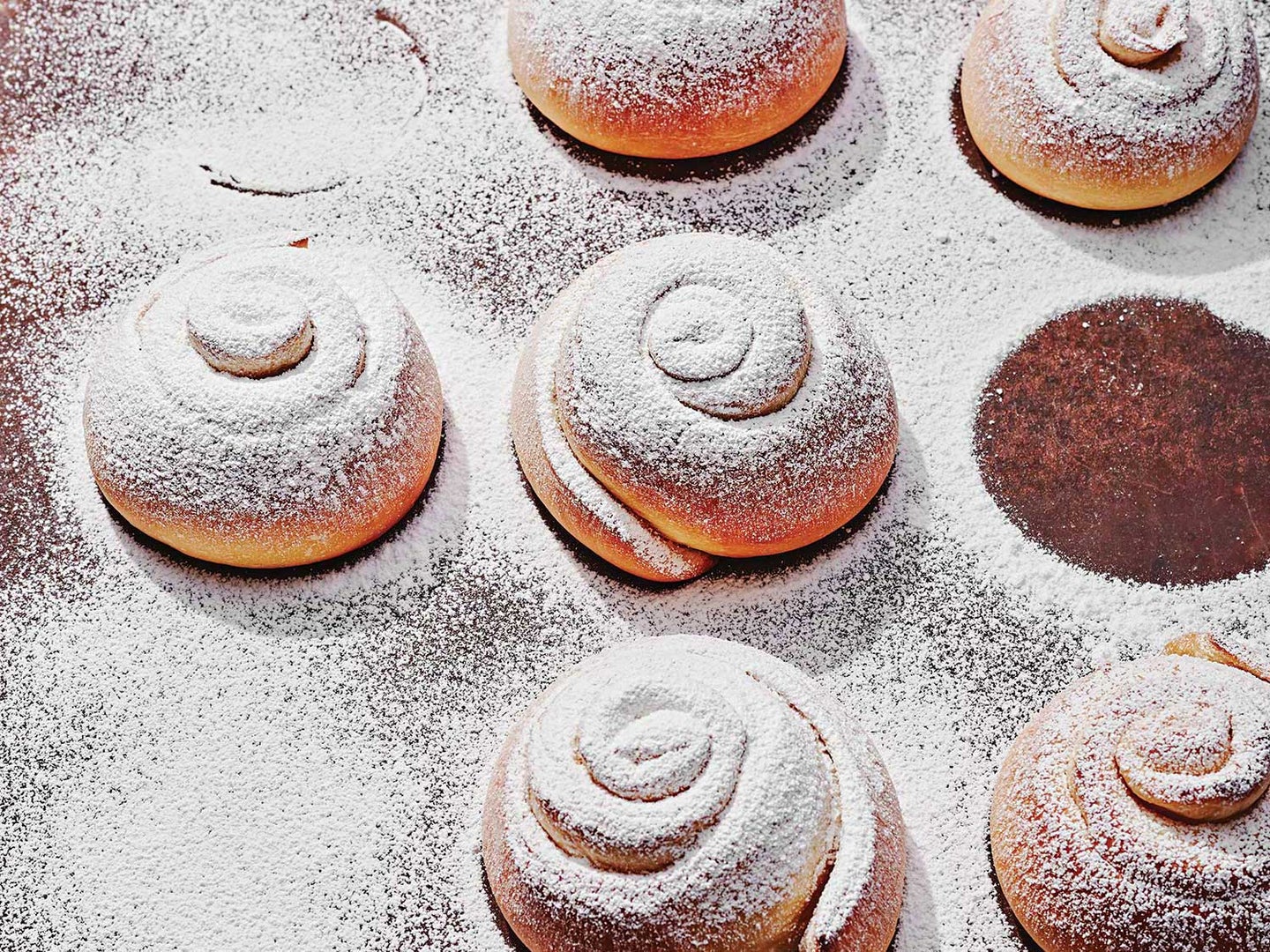 These Puerto Rican breakfast buns are delicious on their own, or split and turned into sweet-and-savory ham, egg, and cheese sandwiches. Eva Kolenko
SHARE

In my kitchen in Oakland, California, I preheated my cast-iron comal and slipped a pat of butter onto the surface. I’d just gotten home from New Orleans, where at an artisanal bakery I’d purchased a mallorca, a sweet spiral bun made by a baker from Puerto Rico, who was in turn following a centuries-old formula that can be traced back to a tiny island off the coast of Spain. Removing the pastry from my backpack, where I’d kept it safe and unsquashed on the 2,000-mile journey, I sliced it in half and set both sides face down on the griddle. I made a sandwich like the ones you’ll often find in Puerto Rico, where my family is from, with some crispy bacon and melted American cheese, a decadent treat made even more so by the traditional snowfall of confectioners’ sugar I dusted over the top.

Fluffy and pleasantly sweet, mallorcas travel well across breakfast cultures. Originally called ensaïmadas, they were first documented in the late 18th century—though they likely had been made for centuries before that—when a Franciscan friar began collecting and recording a number of recipes from the Balearic Islands, the eastern Spanish archipelago that includes Mallorca. As he noted, bakers there would roll out the yeasted, enriched dough; spread it with lard (called saïm in Catalan, from which the bread’s original name derives); shape it into its signature coil; and bake it until risen and golden. According to Tomeu Arbona, owner of El Fornet de la Soca bakery in Palma, Mallorca, the bread’s first bakers were likely Sephardic Jews. “Ensaïmadas were originally a sweet bread for the Sabbath,” he says, “similar to what we would now call challah.” While he earliest ones were likely made using kosher butter or oil, there are records of Jews switching to baking with lard—decidedly against their beliefs—during the massacres and persecution led by the Catholic church in the 14th and 15th centuries. While many Jews continued to practice their faith in secret, some of these conversos cooked with lard to convince the church of their loyalty.

Centuries later, mallorcas are a staple at bakeries in San Juan, Puerto Rico, thanks to Antonio Rigo, who, in 1900, crossed the Atlantic from Felanitx, Mallorca, with his family recipe in tow. Within two years, he’d opened Mallorquina Bakery, which ultimately became La Bombonera, a cafe that still makes some of the best mallorcas on the island. The bread swiftly took on a life of its own there, ultimately manifesting as the sweet, griddled ham-and-cheese versions found today in cafes across San Juan.

Their legacy, though, is still on the move. At Christina Balzebre’s Levee Baking Co. in New Orleans, self-taught Puerto Rican baker Diego Martin-Perez is making his own version of mallorcas­—the one I brought home with me—with wild yeasts and freshly milled heirloom grains. Unlike the mallorcas I’ve had in San Juan, Martin-Perez’s are hefty, but with a strong rise and distinct sourdough aroma. He says that, growing up in Puerto Rico, mallorcas represented “sheer nostalgia. We had a bakery across the street from my school, and they were my after-school snack. If I went alone, I’d get a plain, toasted mallorca. If I went with my mom, we’d get a six-pack.” With Balzebre’s help, Martin-Perez has found a new market for his hometown pastries—across yet another great distance. At home in Oakland, I can’t help but feel that their journey isn’t over yet.