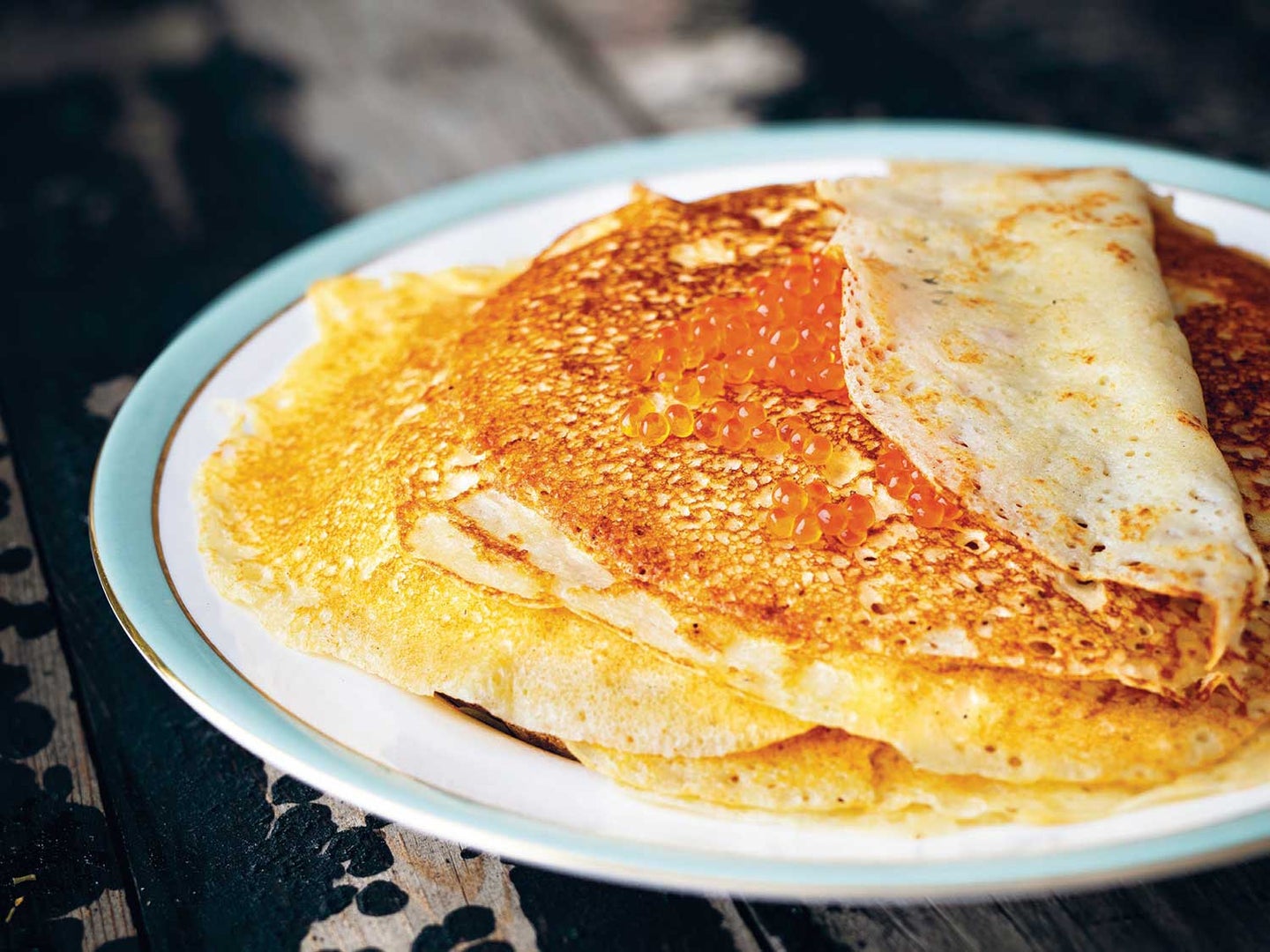 These raised pancakes are one of Russia’s most beloved foods. Thicker than crêpes but less dense than flapjacks, they’re wonderfully porous and perfect for soaking up butter. Many different types of blini exist, but cookbook author Darra Goldstein likes this version, which is adapted from her recipe in Beyond the North Wind: Russia in Recipes and Lore, and made with an equal mix of buckwheat and all-purpose flours.

Look for buckwheat flour ground from whole groats (the hulled seeds of the buckwheat plant). If you can’t find it, you can finely grind some whole roasted buckwheat groats in a coffee grinder and either use a full cup of that flour for a hearty taste or mix it with pale buckwheat flour for a somewhat more subtle flavor. Don’t fret about the first pancake you make, which rarely turns out well. As the Russians say, “The first pancake’s a lump.” You’ll quickly get the hang of it. These blini can be topped with any of the classic accompaniments, but they are so good on their own that Goldstein often just adds melted butter and a sprinkling of tolokno (toasted oat flour).

These raised pancakes are one of Russia’s most beloved foods. Thicker than crêpes but less dense than flapjacks, they’re wonderfully porous and perfect for soaking up butter.