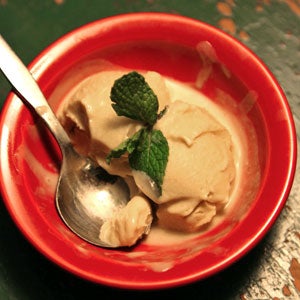 A spiced, autumnal ice cream is the perfect, cool finish to a Thanksgiving feast. This recipe first appeared in our November 2011 issue along with Linda Monastra’s story True Harvest