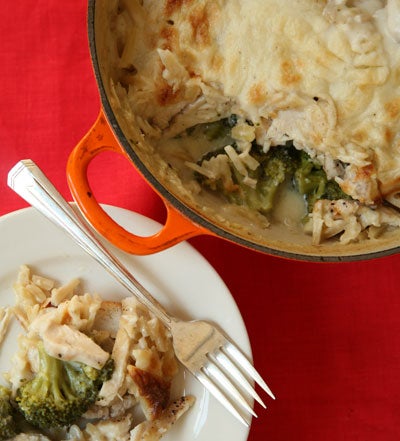 Chicken divan was the signature specialty of a now defunct restaurant in New York City called Divan Parisien. In Lawton Mackall’s Knife and Fork in New York (Doubleday & Company, 1949), chicken divan is described as a “runaway success dish year in, year out…sliced chicken breast on broccoli in a sherry-laced sauce of cheese and cream, browned and brought to table bubbling hot.” This version is based on one in Crazy for Casseroles (The Harvard Common Press, 2003) by James Villas and was featured in Irene Sax’s “The Age of Casseroles,” from our December 2006 issue.