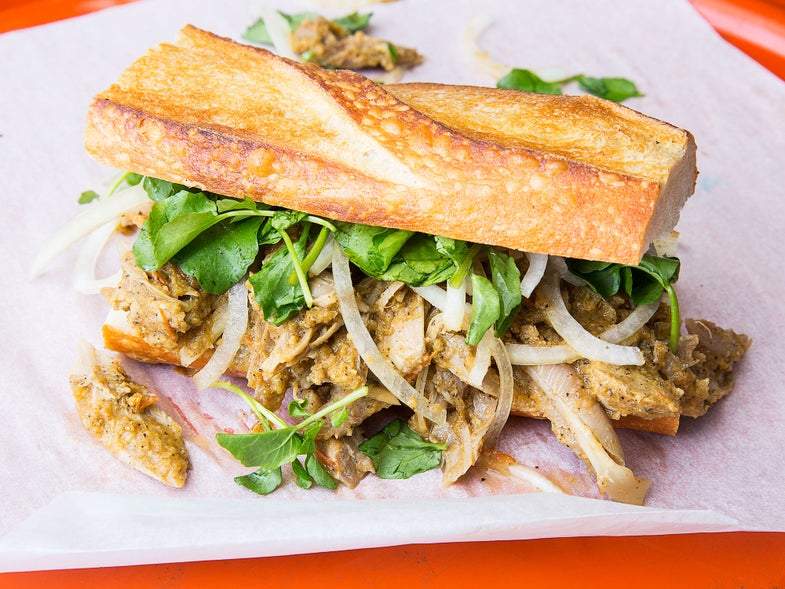 Turkeys were “thoroughly domesticated by the Aztecs and other Mexican and Central American races long before the arrival of Europeans”, according to A. Hyatt Verrill in Foods America Gave the World (L. C. Page, 1937). Proof positive: this gently spiced turkey sandwich, ubiquitous in El Salvador.