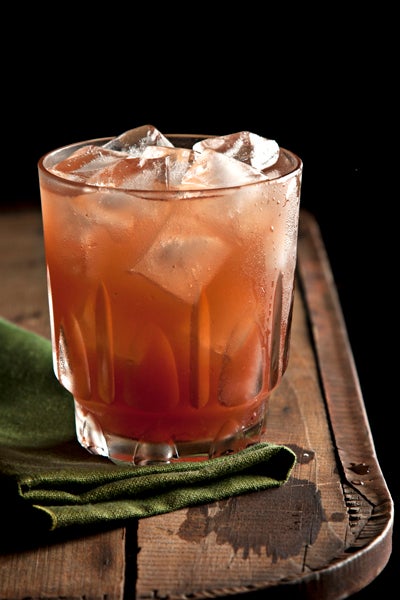 The bright fruit flavors of red currant meld with the intricate flavor of Root, a root beer-inspired spirit with notes of birch, dusky spice, bright herbs, and vanilla, to create the drinkable version of a walk in the woods. Get the recipe for Red Riding Hood ». Maxime Iattoni
SHARE

Every few years I go through something that’s most accurately described as a really aggressive root beer phase. For a few months — usually in warm weather — practically the only thing I want to drink is a frosty bottle of the herbaceous, woody, vaguely medicinal soda. I go particularly weak in the knees for Abita, Virgil’s, Hank’s, and if I can find it, a precious bottle of Faygo, but there’s an exceptional pleasure to finding a label that’s new to me, all the more so if the liquid within has more in common with the dry, alcoholic “root tea” that was root beer’s pre-Prohibition antecedent than with any kind of sugary fountain drink.

And so it was that the spectacularly-named Philadelphia collective Art in the Age of Mechanical Reproduction tapped right into my heart in 2009 when they released Root, an 80-proof spirit infused with the flavor of crisp spearmint and lemon, dusky cardamom and clove, medicinal birch bark, and just a hint of vanilla and black tea — an elegant booze straight out of the nineteenth century. Its complement of nature-inspired flavors reminds me of nothing so much as a long walk in a lush forest; brightened with a generous spoonful of redcurrant jam, its crimson hue puts me in mind of my favorite forest-dwelling fairy tale heroine, Red Riding Hood. (With, thanks to the cocktail’s not insignificant bite, a little bit of the wolf as well.)

See the recipe for the Red Riding Hood cocktail »