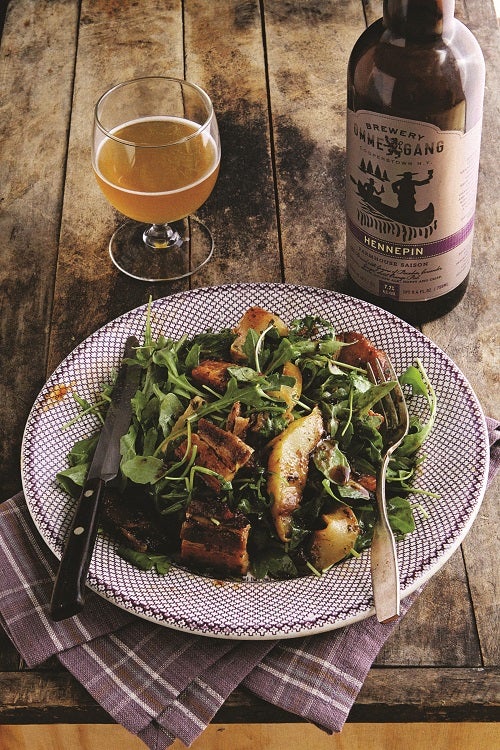 Recently, after a party, I was left with an unfinished keg. I couldn’t drink all that beer and didn’t want to waste it. Then I realized I could cook with it, so I called up Cosmo Goss. The executive sous chef at Chicago’s Publican restaurants had won Brewery Ommegang’s Hop Chef, a beer-centric cooking competition I had judged, with a dish of tuna and tesa, Italian bacon. He had cured the pork in citrusy hops and wort—the steeped malt that becomes beer. For me, he devised an easier recipe for a salad of arugula, pears, and pork belly braised in Hennepin beer. It wasn’t what was in my keg, but still, I love the bittersweet balance of Ommegang’s creamy farmhouse ale. I knew it would tie together the rich pork, bitter greens, and sweet fruit. I was right; the salad was fantastic. And the keg? I returned it half full, collateral damage for a great new recipe under my belt.